By Cristina Pezzica Ultimo aggiornamento 4 Jul, 2021
Among Us is a wildly popular videogame that gained the status of cult classic
Condividi

Among Us is a videogame that recently gained a cult following among gamers all over the world. In 2020, and even more so in 2021, Among Us became the game of the moment.  Everyone’s talking it – everyone’s playing it – and not only the gameplay itself became a hit on platforms like Youtube, Discord and Twitch, but a variety of  parodies and memes have since spawned all over the Internet. If you’re big on videogames, chances are you have either heard of or played the game yourself – as an unsuspecting crewmate or as the imposter.

But if you’re unfamiliar with this title, don’t worry; you can purchase Among Us for pc right off Epic Games‘s online store. The base game is available for 3,19 eur whereas the starter pack adds a few extra bucks at 6,39 eur. Additionally, you purchase some DLC with more customization options and new sidekicks, including dogs, hamsters and xeno-crabs. The game runs on Windows and is compatible with Android and IOS; the mobile version is totally free of charge.

But what are the secrets behind Among Us’s wild popularity? And why so many gamers all over the world are being charmed by its intriguing plot, puzzling game-system, and simplistic yet appealing graphics? Let’s dive right into the game of the moment and find out what makes it such a hit.

Among Us; a treacherous imposter hides in space

If Among Us is about anything else, it’s about the story plot and how the single players can affect and shape it. The recipe is simple and brilliant, a successful blend of mystery elements in the a large scale, escape-room-style setting. Among Us is like a reverse Cluedo with a more intriguing, and thrilling, premise to it. The stakes are high, whether you’re playing a crewmate’s attempt to escape the murderer – or the imposter’s schemes to divert suspicions from themselves.

A multiplayer adventure, the average lobbies in the base version of Among Us range from four to ten players . The protagonists are a crew of astronauts lost and straggled in space after their spaceship suffered a critical malfunctioning. The brave spacemen must carry out the required maintenance works, but a shady traitor hides among their midst – and is secretly working to undermine their efforts. 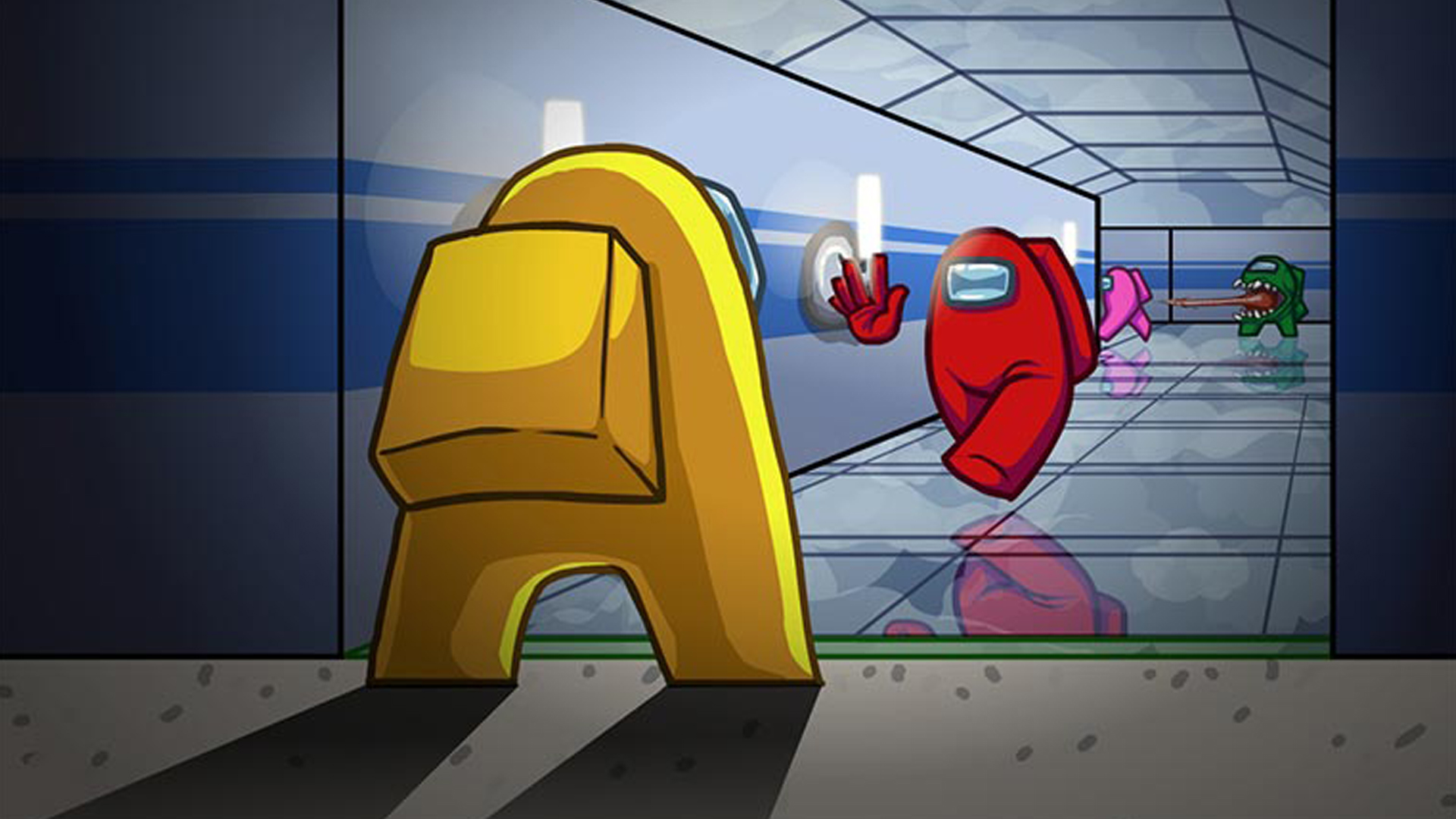 {%CAPTION%}The game randomly sorts out from one to three players who will impersonate the saboteur. This character must take down his crewmates one by one, whilst steering clear of their suspicionsin the most unassuming ways. The astronauts, on their half, must figure out just who is the backstabber as they watch their backs from possible traps. Meanwhile, the maintenance work on the ship must be also carried on, and the setting turns more and more into a labyrinth from which just one player might emerge with their lives – if at all.

If this premise’s intrigued you, grab your own spacesuit and find out what role the game has in store for you! The imposter, of course, is the most sought after as the one who pulls the strings. Playing a villainous mastermind is a great opportunity to test one’s own wits and cunnings. Will you be able to stay one step ahead of your crewmates, and manuever evidences and red herrings so as to set them up against each other? To paraphrase Game of Thrones — when you play the game of inposters, you win or you die!

Lights and shadows behind a worldwide success

Among Us was originally developed by InnerSloth, and distributed, already as far as of 2018. However, its popularity spiked up and skyrocketed only in recent times and especially during the long Covid-induced lockdowns, making it one of the most popular games out there.

What are the reasons for its success? Undoubtedly the highly “social” nature of its game system with the characters (and, by proxy, the players lobbies) interacting through a built-in chat. Among Us allowed players a much-needed break from the forced reclusion of quarantine – if only on the virtual plane. Another successful element of the game is its simplistic 2D graphic; not only it’s low on system resources, it’s also fresh and appealing, with an overall feel that is more than a little reminescent of old 16-bit classics.

However, there are some downsides that emerged on the wake of the game’s wild popularity. Users have complained about ever-increasing hacker attacks, exploiting the platform’s “weaknesses” in order to sabotage the game through customized cheats and illegal mods. What’s even more jarring is that the hackers are acting merely out of spite, and their goal is just to ruin the fun of the other players.

Among Us is not based on a “reward” gaming system, there are no special rewards to unblock or virtual coin to gain. The only goal is successfully completing the run and surviving to the end of the match. Yet it can become a source of frustrations when hackers – always in the guise of the imposter – mess with in-game dynamics, alter the votes and in fact trap the players in absurd situations from which there might be no escape. Often times they might kill characters at random, impersonate them, or ban players on top of resorting to hacks like walking through walls or teleporting.

Make no mistake, the Among Us developers are working hard to fix these bugs and keep hackers at bay. But one must consider that the team was initially of just three people – only one of whom was an actual programmer. The people at InnerSloth themselves were taken aback by the wild success of their game, and the amount of work soon grew far more out of scale than they could have envisioned at first.  Even the originally planned sequel was cancelled to focus on new expansions and security updates for the main game.

Voice messages speeded up on Whatsapp

Tim Sweeney: the man that earned billions of dollars with Fortnite