Fortnite, who didn’t heard to speak at least one time about this videogame? The gaming’s channels are getting crazy for this title and thousands of users every day have fun in incredible battles. But why has Fortnite all of this success and which are the numbers of this phenomenon? Let’s find out it together.

To deeply understand the reasons that brought Fortnite to a global success we need to follow its whole story with the purpose to analyze every detail. It was back in the July of the 2017 when the title was officially released by Epic Games. The idea was the one to realize a third person shooter to put in the survival category and the characteristics confirmed this.
Immense remote moorlands, enemies equipped with artificial intelligence, many weapons between which choose and with which equip ourselves and cooperation with the other players are just few of the game’s characteristics. 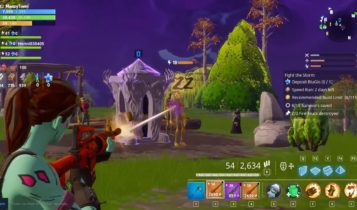 It is possible, furthermore, to build a fort by erecting walls and to build attack positions to easily eliminate the enemies. A game that has interesting characteristics which, jointed with a cartoon style graphic that characterize it, have all the potentialities to earn a huge fortune to the developers (at least according to their predictions).

By the way the game’s developers didn’t think about the valid competitors in the gaming’s world. In the same period, infact, another title started to registered record’s numbers. It is PlayerUnknown’s Battleground which was launched without believing too much in it at the derisory price of 14 € but it registered thousands of active users and passing in a really short time the hours’ number of titles like Dota 2.

The success at the bottom of PUBG it is a mode called Battle Royale. Its mechanics are suitable for a vast audience and they allow it, infact, to earn 100 millions of dollars in less than 10 weeks.
In this enthusiastic environment none seems to notice Fortnite. The developers though don’t give up and they decided to introduce to their new title too the mode Battle Royale. 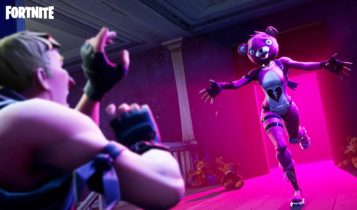 The mechanics seem the same of the ones of PUBG even if they are really different about the peculiarities. They didn’t change the launch from the airplane and the remote island with many players fighting between them but change a lot the graphic which appeares more cartoonish and suitable even to smaller audience compared with the competitor.
Thanks to this small changes Fortnite rising from its ashes and in the 2018 it earns 103 millions of dollars only with micro purchases counting up to 10 millions of users in addition to its competitor.

Between them there are even players like Drake and Ninja which said to earn thanks to the videogame around 500 thousand of dollars per month.

The fortune of Fortnite it is so the daughter of the intuition and the evolution. This title is able to be a meeting point for all the players and it allows, for this, to generate a really vast audience. 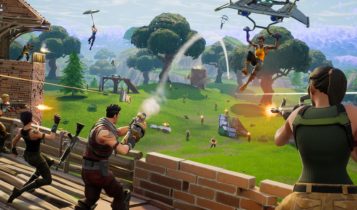 Besides to the classic battle the game allows to build basically everything remembering for same aspects a milestone like Minecraft.
We could say infact that it represents a version of Minecraft where we can even use armaments and battles 1vs1.
Finally its balancing made it the perfect title for the eSport, a competitive activity of high level. This represented without any doubt an important acceleretor that allowed many knowned users to bring the title and to let thousand of persons appreciate and see it.
It seems that Fortnite could have a longer future compared with other videogames of the sector and, at least for the moment, the numbers are increasing.

It is one month that the Sun is without sunspots

Population One, the battle royal in virtual reality