The helicopters rescue become ever more hi-tech, to turn themselves in a mini flying hospital, to promptly act in place or while flying, going to the hospital.

The rescue choppers are ready to act in ever more extreme conditions, to help the patient, with mini advanced appliances, constantly connected with the hospital.

The helicopter rescue of the future

An ultra technological scenario, which throws us in a future that can soon become reality, is the one described to the international congress “Remote”.

The simulated settings show us how it is possible to act in the most extreme conditions, by flying through the fog thanks to the virtual reality. Avoiding the trees and the power lines thanks to the sensors equipped on the helicopter.

Meanwhile the patient brought aboard, is subject to the CAT scan, of which the flying vehicle is equipped, while it keeps the rush to the hospital. The doctor receives the datas through the helmet and he can take action while flying, while thanks to the 4G connection he decides the action plan with the hospital.

Alliance between doctors and engineers

The new helicopter is been presented to the international congress “Remote” and it was soon clear how it is a real jewel of engineering, a mini advanced flying hospital. This will be soon reality thanks to the cooperation between doctors and engineers.

The congress is been organized by Siaarti (Italian society of anesthesia, resuscitation and intensive care) at the establishment Leonardo, which is the leader about the helicopter rescue, with more than 600 helicopters in up to 50 countries.

“Our purpose is to define a model of helicopter rescue like a mobile intensive care, like a piece of hospital which moves itself on the territory to better threat even the most critical patient, including the ones affected by time-depending diseases, like ictus and heart attack, of which prognosis is closely connected to the timing of the operation”.

Optimase the research and the flight 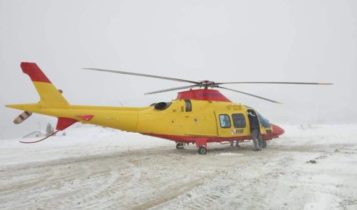 Often the helicopters rescue have to take action in extreme conditions, so, for the success of the operation we don’t need to only claim the skills of the doctor, but even the pilot ones.

There are already many technologies ready to equip those vehicles and to start to work. Like the last generation autopilot systems, that help the pilot through the most adverse weather conditions, sensors that detect the obstacles along the way and infrared sensors that feel the patient’s heat.

There are then last generation systems that virtually rebuild in 3D the external environment, projecting it straight on the pilot’s consolle.

The engineers, furthermore, developed systems that cushion the vibrations and the lights for the night time view, which allow to operate in the cabin without dazzle the pilot. 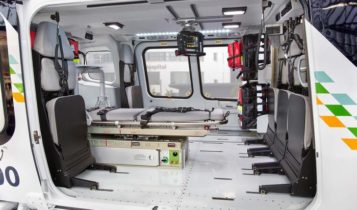 The helicopters rescue furthermore will be equipped with advanced and miniaturised medical appliances, created custom-made for the helicopters.

Miniaturised equipments with 4G connection that are straight connected with the hospital, transmitting the clinical datas of the patient in real time.

Therefore, they are studying how to make the environment more confortable for doctor and patient. All of it will have to be carefully studied and suited with the surrounding environment.

“We want to understand how to apply clinical methods in hostile environments, for example high mountain, by considering the basic of the scientific literature which are the threatments that have a real impact on the mortality and the disability of the patients”.

The helicopters rescue already make wonders, as well as the pilots and the doctors on board, by looking for the survivals in extreme conditions, moving them through a desperate flight toward the closest hospital. Now they want to do something more, they want to break down the wall behind which we aren’t able to go yet.

To realize impossible things, to take off in extreme conditions, to operate while flying, by speaking in real time with the hospital. Using those precious minutes that often are still fatal. All of this is possible thanks to a cooperation between doctors and engineers.

The helicopters rescue of the future will not be slow in coming.