The one of the time travels is a topic that lets arise an infinite loop of doubts and perplexities. Now are many the ones that strongly claim that theoretically a time travel would be possible.

Starting from the space-time theory of Einstein, on which are focused the studies of Hawking, he claims that with the current knowledge of the matter travel in the time is possible.

Mathematically the time travels are possible, is just an engineering problem.

But now the doubts are many, it’s not only me to wonder if our present has been already changed by a time traveller. And if that’s true we’ll never know it.

Otherwise this is the maximum possible future, and doesn’t exist yet any other line time.

Maybe, instead, if the past has been changed by an unknown time traveller, the humanity would never reached the current development before the 3000.

But if in the future the time travels will be invented, why did no one change the catastrophic events that negatively signed the human history?

If we want to stop a bit our curiosity about it and to spend some time with an interesting TV series, Continuum is perfect for us.

Continuum isn’t a recent TV serie. It is a canadian tv series produced from the 2012 to the 2015 and it arrived in Italy in the 2013 on the channel AXN Sci-Fi, and the next year on the RAI.

Actually all the four seasons are available on Netflix.

The greatness to see a TV series which production is already finished for years on the Netflix‘s platform is the one to avoid the risk to see cut off the production.

It’s not rare, infact, get passionated about a serie and wait for nothing a second season which will never arrive. Victims of it are often the fans of sciencr-fiction‘s movie and tv series.

Even if we can’t say that Continuum is completely a science-fiction serie. The explanation that it gives to the time travels is interesting and the theory that it used would calm down many doubts and perplexities.

By the way in many episodes the story seems much more a police serie than pure science-fiction.

“2077. My time, my city, my family. When terrorists killed thousands of innocents, they were condenmed to die. They had other plans.

A time travel device sent us all back 65 years. I want to get home, but I can’t be sure what I will return to if history is changed.

Their plan: to corrupt and control the present, in order to win the future. What they didn’t plan on was me”.

The introduction gave by the Continuum series already explains what the story is. Vancouver of the 2077, the one from which Kira, the protagonist, comes from, is the headquarter of the corporations that rule the world.

The governments collapsed, the same police forces are under the control of a corporatives’ system. To keep the control some civil freedoms were denied and the terrorists fight against this system.

Kira is part of the police and she fights against the terrorists.

But by better knowing them are their ideas really wrong? Sure the methods aren’t the best ones, but by following them in other ways, those might not be really such crazy.

Anyway the story doesn’t take place in the 2077, but in the 2012, the year were the terrorists together with Kira arrived.

It’s the first time travel in the history, and the only existent device is in the terrorists hands. Now, in the 2012, no one has the knowledges to come back in the future. Almost no one. 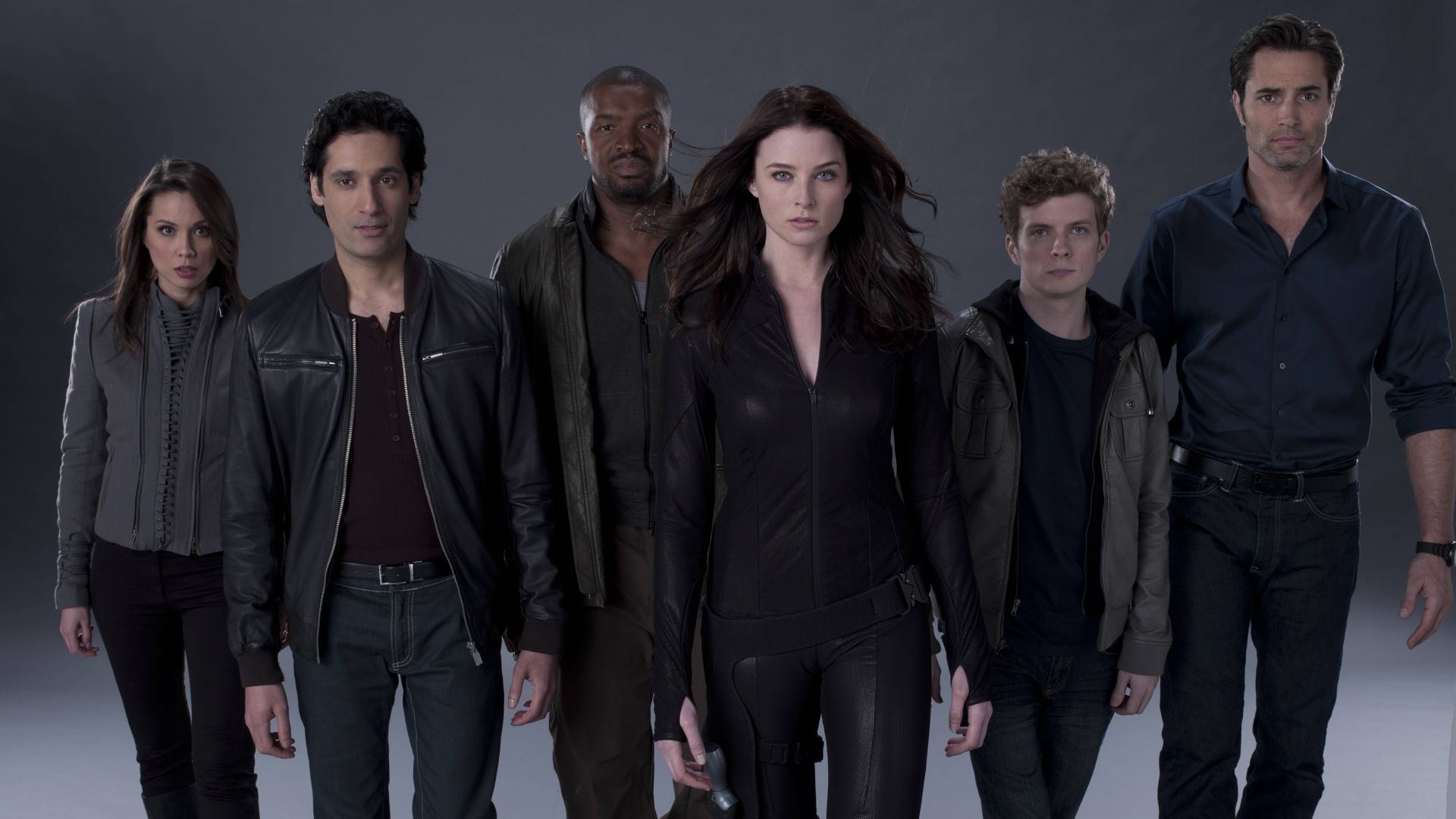 The most intelligent person of the future, the one that invented all of what was possible to invent and that is the chief of the biggest and most powerful corporation of the world, in the 2012 he’s just a teenager.

But he will be the key of everything and the one that he will have to follow won’t be a travel into the time, but a travel inside himself to understand if the man about which Kira and all the terrorists talk is really the person that he would like to become.

Where is the future

Kira wants to come back to her son, in the 2077, but what will she find after that the present has been so deeply changed?

Meanwhile the other characters are trying to follow a plan that will bring them to control the future. And what will happen if we interact with the members of our family in the past?

Fortunatelly at least once there is a tv series that is trying to give an explanation to all the doubts that affect us during the story.