By Veronica Perotto On 23 Oct, 2018
future of the ISS
Condividi

The International Space Station remained without spaceships. The Soyuz spaceships that travel between the Earth and the station are damaged and now they have to decide how to proceed in the next months. The future of the ISS is compromised and now they are trying to solve it.

A first Soyuz ship remained damaged in September, when a micro meteorite hit the station causing the opening of a small hole on the ship, like we already told. Firstly it was decided that that ship would go on retirement, but a second accident makes hard the movements between the Earth and the station and now we still don’t know how to remedy. 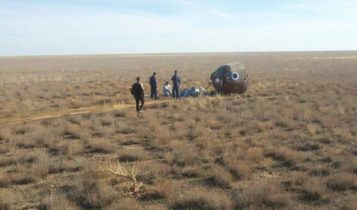 The second accident happend on Thursday 11th of October at the 10:40 (italian time) and it saw as protagonists two astronauts Nick Hague and Aleksey Ovchinin, departed from Baikonur in Kazakistan and directed to the station.

Few minutes after the take-off, which happened without glitches, started the problems, more specifically, in the phase of separation of the engines.

When the ship was at 50 km of altitude we have seen that the rocket wasn’t in the right trim and going on like this it would not receive the enough push to reach the orbit. Right after found out the problem the safety systems of the ship started the emergency procedure.

The Soyuz immediately unplugs itself from the top of the rocket and returned at full speed in the atmosphere, by following an alternative route. Even though this for the astronauts inside it those were tense moments, that brought them until an acceleration of 6,7 G.

The astronauts were deeply controlled and fortunatelly they didn’t have any injuries.

The future without Soyuz 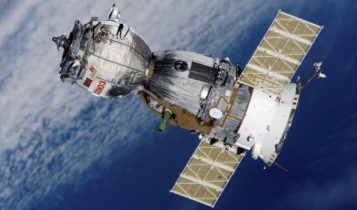 On board of the orbitant station remained three astronauts: Serena Aunon Chancellor (NASA), Alexander Gerst (ESA) and Sergey Prokopyev (Roscosmos), which were supposed to come back on the Earth in December, on board of the Soyuz pod.

Now the NASA and the other space agencies have to decide how to proceed in the next months without the russian ship. Leaving the astronauts on the station without a spaceship ready to bring them back on the Earth in case of emergency is unthinkable, but now the first thing to do is to bring back home the astronauts that are actualy on board.

The most reliable scenario is that in December the current occupiers of the station will come back on the Earth leaving temporarely uninhabited the ISS. This at least until the current problems with the Soyuz won’t be solved. The international space station isn’t uninhabited since the 2000 and now that the station is bigger and it needs a constant maintenance they need to evaluate every single moves.

The solutions according to Soyuz

In the best case for December Roscosmos could be ready with a new Soyuz, actually under the preparation phase. Its departure was already fixed for the 20th of December but due to the last problems they are thinking to a surely more careful strategy.

Roscosmos, infact, could send the ship for December, filled with only supplies and let it come back without flight crew. Doing that it would extend the permanence for the astronauts and it will not be risks for the crews. 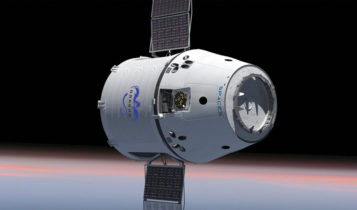 Even though the Soyuz transport’s systems are now tested during the years it inevitably raised questions about the fact that the NASA and the ESA closely depend on the russian agency.

Without calculate the fact that a sit on board of the Soyuz are a huge cost for the american and european agencies, 70 millions of dollars for every astronaut.

Already before the accidents the NASA signed agreements with the private agencies SpaceX and Boing, by creating more economic and efficient alternatives. This new cooperations prolonged in the time due to numerous delays.

The last events could bring to two opposite faces of the same medal. From one side it was evident the imminent need to create an alternative to the actual transport’s pod. From the other side, the possibility that the station will remain uninhabited for many months, could create further delays.

The relaised declarations of the NASA by the way seem to ensure about the future of the missions and of the crew. Obviusly the most urgent thing at the moment is to help the astronauts that remained in orbit, at 400 km from the terrestrial surface.

They will have to double work in the next months, because the astronauts that were used to complete the crew weren’t able to reach the ISS.