By Veronica Perotto On 18 Sep, 2018
first ticket for the Moon
Condividi

SpaceX is the Elon Musk’s space agency, which already reached many achievements, with its rockets Falcon and the first shapeship of the humanity, the BFR. Now, Musk sold the first ticket for the Moon.

But so important achievements need to be done step by step, let’s start, infact, with a closer target, let’s start from the Moon. 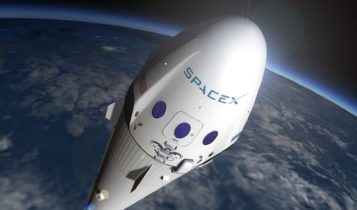 It’s been long time since Elon Musk promised to make possible the holidais in the space, if, obviusly, we are enough wealthy to pay for it.

Last year, in the 2017, Musk said to want to send the first spacial tourists in orbit around our natural satellite until the end of the 2018.

Now, in the last months of the 2018, he’s making public the name of the private citizien that as first will have the honor to sleep between the stars.

Even though this the CEO of SpaceX had to come back down and go back on his given words. Even though the ticket is been officially sold, this won’t be able to leave for his trip before the 2022. This because the last big creation of Elon, the BFR, isn’t ready yet.

Elon Musk released the news on the social network Twitter, where the 14th of September he posted: “SpaceX has signed the world’s first private passenger to fly around the Moon, aboard our BFR launch vehicle. An important step toward enabling access for everyday people who dream of travelling to space. Find out who’s flying and why on Monday September 17”.

That’s all, the name of the private citizien that as first will fly around our natural satellite is been kept secret until yesterday when Elon Musk released the official press conference.

After days of waiting and speculations, during which came out some indiscretions about the nationality of the lunar passenger, yesterday, when in America where the six o’clock in the afternoon, Elon released his press conference.

The first spacial passenger of the SpaceX’s BFR will be the Japanese billionaire businessman, Yusaku Maezawa, founder of the most important website of fashion of the Japan, Zozotown, with a heritage of 2,9 billions of dollars.

“These artists will be asked to create something after they return to Earth, and these masterpieces will inspire the dreamer within all of us. What if Picasso had gone to the Moon? Or Andy Warhol or Michael Jackson or John Lennon? What about Coco Chanel? These are all artists that I adore”.

The mission Moon of SpaceX

The mission that will bring Maezawa and the artists that he chosen, besides a professional’s team of SpaceX, aboard of the BFR, around the Moon, for a week, will be the first one after the 1972. Until today only 24 atronauts could admire the Moon closely.

After the difficulties and the scandals of the last period, the problems with the society Tesla, the media storm because he smoked weed, the complaint for defamation by Vernon Unsworth, now Musk wants to focus on the one that was always his biggest dream, the one to make the human civilty a multiple-planet race.

And after the mission Moon, Elon would like to focus on the purpose that pushed him to found SpaceX and create the BFR, bring the humans on Mars.