The Moon, our natural satellite, the closest planetary body, always dreamt and admired, to see it today it seems nothing more than a big death rock, but in the past it might hosted the life. 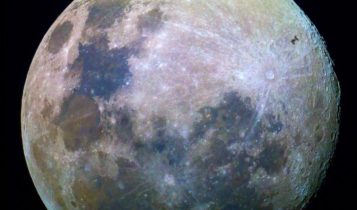 The study that brings out the question about the presence of extraterrestrial life on the Moon comes from the university of the state of Washington, in cooperation with the University of London, coordinated by the astrobiologist Dirk Schulze-Makuch. The scientists’ team deeply analyzed the samples of lunar rock collected during the missions Apollo and the informations collected by the lunar robots in most recent missions. The thing that arises is that around 3,5 billions of years ago on the lunar surface was ongoing an intense volcanic activity, which released in the air gases and water vapour. This might be fell down on the ground creating many liquid state water holes on the whole lunar surface. The presence of the water on the lunar surface, by the way, isn’t new, already in the 2009, a researchers’ team of the Indian Space Researce Organisation discovered tonns of ice on the Moon. It is assumed that moslty in the same period the Moon had an atmosphere enough dense to allow, with the water created after the volcanic activity, the life.

The conditions for the life

Not only on the Moon

The thing that they discovered happened on the Moon 3,5 billions of years ago, was exactly what was happening in the same period even on the Earth. Two planetary bodies so close to each other that in the same period were in the perfect conditions to host the life. We know how the thing evolved on the planet Earth, but for the Moon? Today it is inexorably death, but now we know even that it was, temporarily, habitable. Even though the things went differently for our satellite we can’t exclude that it hosted simple cells. It was exactly in that period, infact, that the first single-celled organisms started to ploriferate on the planet Earth. 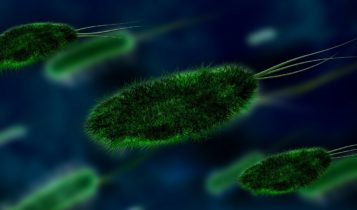 By the way, even though the conditions were the perfect ones for the life, it is hard to say how they might be generated. It is even the same question that the scientists ask themselves about our own planet. The first confirmed life forms on the planet Earth are same fossilized cyanobacterias, simple cells, dated between the 3,5 and the 3,8 billions of years. In the same period the solar system was bombed by meteros, many of them crashed on the Earth. It is for this reason that many say that the first life forms are from somewhere else in the space. The same theory is for the Moon. It was constantly bombed by meteors too, in its most fertile period. The life might be generated in the water holes on the moon, carried by a meteor arrived from somewhere in the space, or even come from the planet Earth, carried by a planetary body that hit both of them. We will need many other studies to determinate it and maybe this question will never have an answer, but to the question if the Moon hosted or not the life, maybe, we will give an answer in the next missions that see it as the protagonist.