By Nunzia Chiacchiera On 3 Aug, 2018
lake on Mars
Condividi

The study’s investigations of the italian radar MARSIS on board of the european probe Mars Express, releaved the existence of a liquid state lake on Mars. It is always thought that on Mars in the past there was water, through the presence of material of transport and sedimentation by liquid water, but until few time ago there weren’t find yet a real proof of the presence of the water on the red planet.

It was the probe Viking of the NASA to say that the Mars’ surface was once covered by seas, lakes and rivers. To confirm it there is the fact that were find on Mars by the robot-laboratory Curiosity of the Nasa the five essential elements for the origin of the life: carbon, azote, hydrogen, sulphur and phosphorus. But where went the water of the planet Mars? Partially, it’s been deposited under the ice’s form in the polar caps, other melted in the ground and other was brushed away by the solar wind and the evaporation’s phenomenon. After that observations, to Mars, the red planet, were always gave a feel of aridity and desolation.

Since the years 90’ was announced the mission Mars Express by the European Space Agency (ESA) that today brought to this big discovery. The mission included the usage of a radar created by the professor Giovanni Picardi of the University of Rome “La Sapienza”, and its realization was managed by the Italian Space Agency (ASI). The NASA significant supported the project by giving part of the electronic and the whole revelatory antenna: the radar was launched the 2th of June of the 2003. The radar has a functioning focused on the use of low frequencies that allow to send the signal from up to 5 meters of depth from the surface of the analyzed planet. 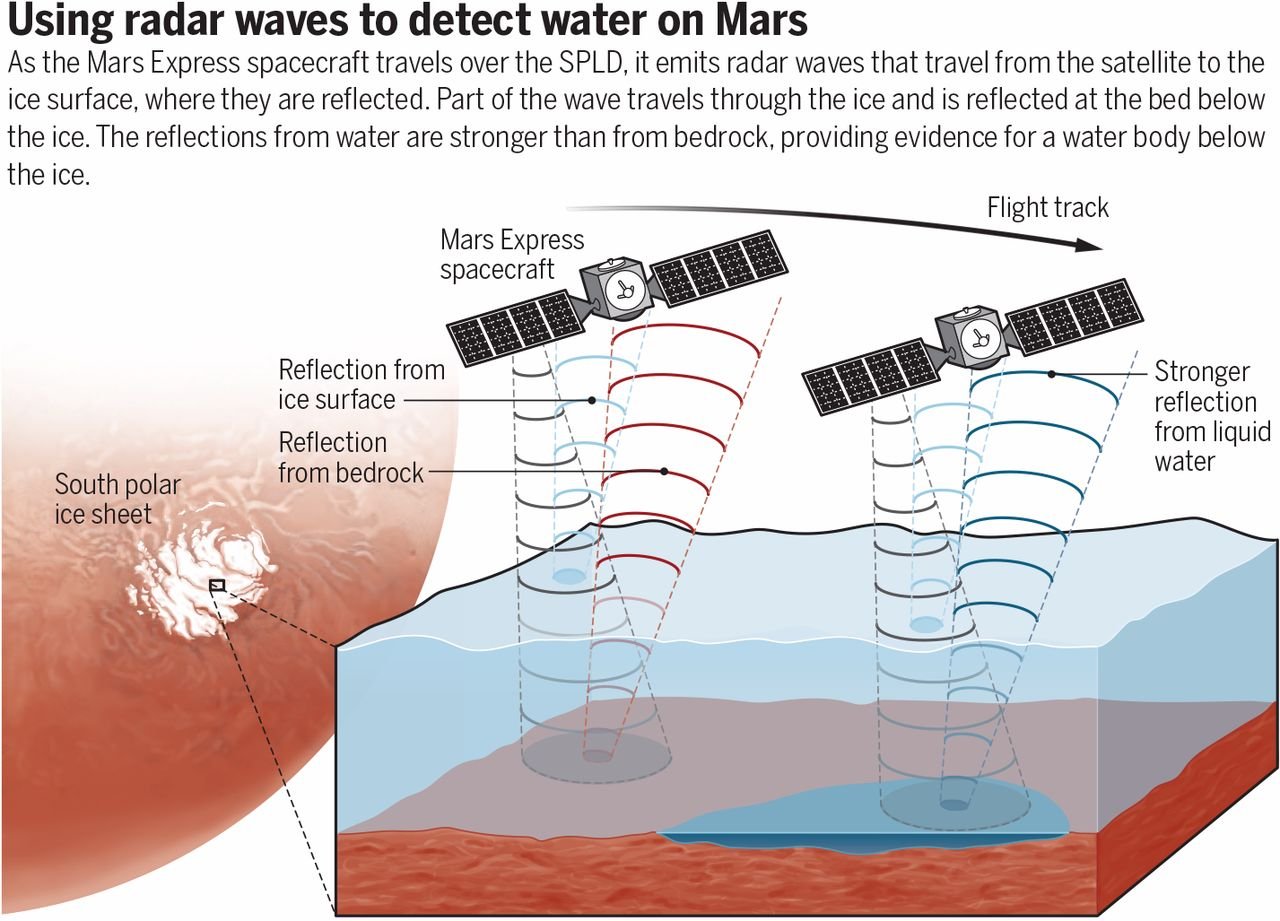 This discovery is been realized by italian minds, infact, the researchers come all from italian training courses: Italian Space Agency (ASI), National Institute of Astrophysics (INAF), University of Roma Tre, University D’Annunzio, National Council of the Researches (CNR) and Sapienza University of Rome. From the analysis made until now we can say that the water is salty because, being in a depth of 1.5 km it is characterized by a really low temperature (around the -10°C). Infact, it is for this that it is in a liquid state: the salts act as “antifreeze” helping it to keep the water liquid. 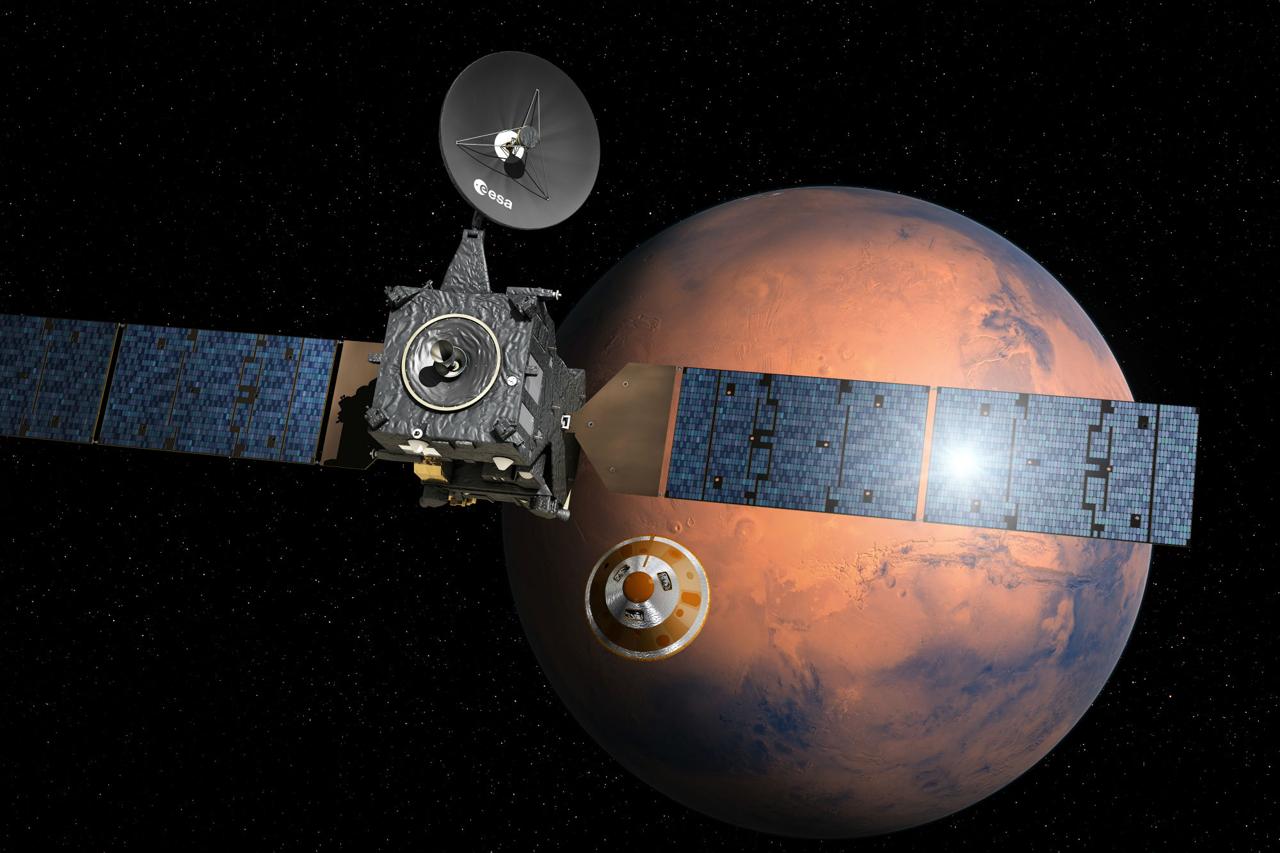 But where is the origin of the water on our own planet?

Like we know the water is straigth associated to the origin of the life on the Earth, datated in a period around the 4,4 billions of years ago. There are two theories for the existence of the water on the planet Earth. From one side the scientists believe that the water is the result of a condensation’s process caused by clouds and gases, happened during the cooling-off of the planet. From the other side, they think that the water is consequentially to the crashes of meteors composed mainly of ice. The first single-celled forms of life were born inside our oceans 4,4 billions of years ago. From the single-celled cells they became organisms ever more developed until the creation of a substantial acquatic fauna. Some of those creatures after billions of years adapted themselves to the atmospherical conditions allowing to increase the fauna even on the land.
Planets of our solar system like Jupiter, Uran ,Venus and Saturn enjoy the presence of water only in the gases state. The discovery of underground liquid water on Mars let us think about the discovery of a sub glacial lake. To be sure of this hypothesis they will continue to do investigations with the purpose to estimate the depth of the lake and its singularity to recognise its specific characteristics. 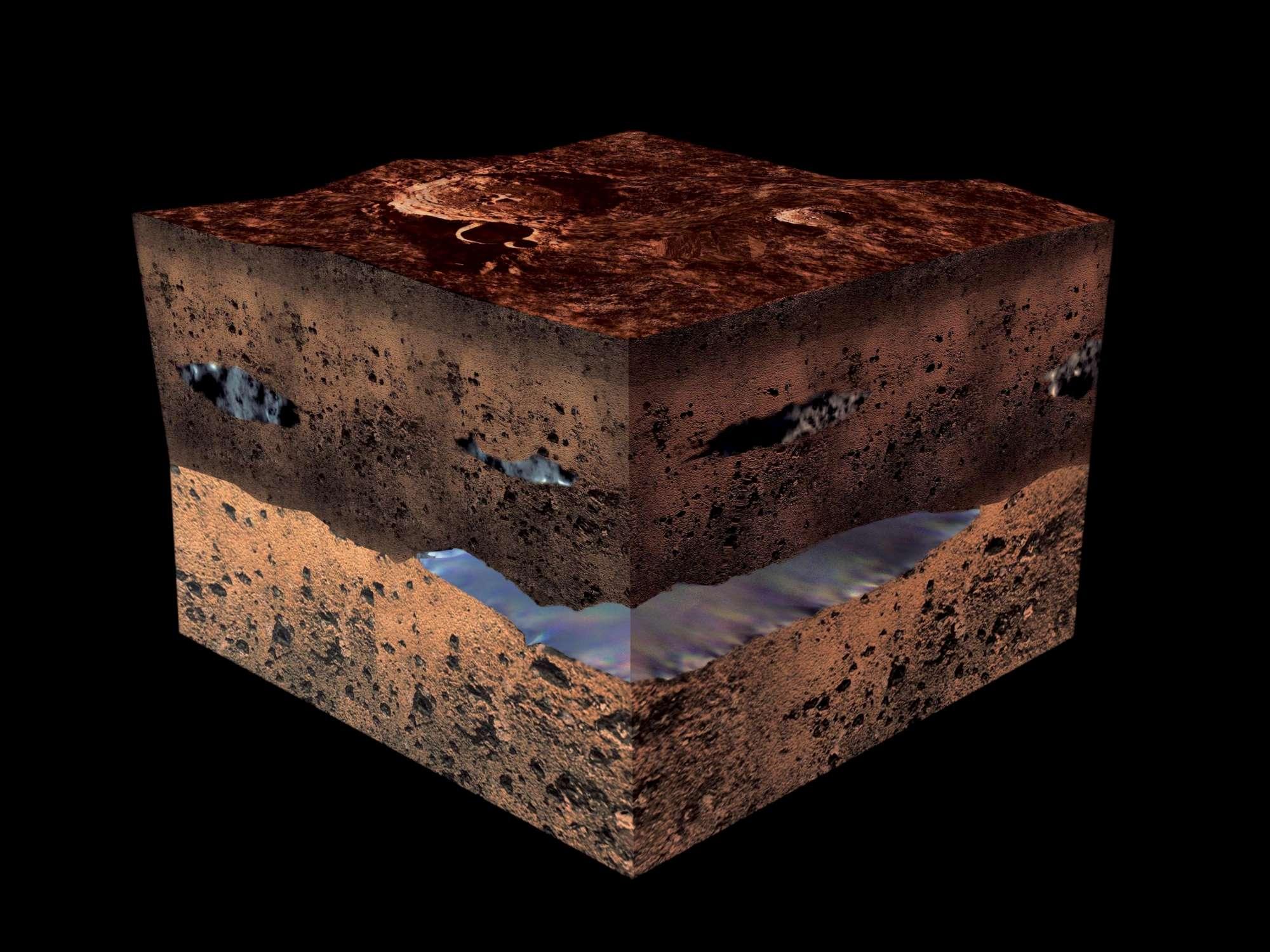