SpaceX, the spacial agency of Elon Musk, already reached many successes, but it doesn’t stop itself here. Elon Musk already revealed his next project at the edge of the science-fiction: the BFR, the first real spaceship of the human race, which could do its first launch already the next year.

Many jobs for only one spaceship 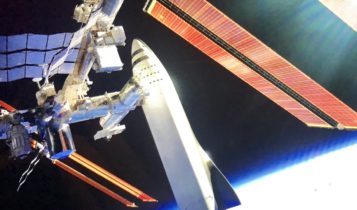 The future of the SpaceX and of the humanity see the new creation of Elon Musk, the BFR, as undisputed protagonist. Musk, infact, listed the uses that he could do with his spaceship. The BFR, infact, could not only replace the current Falcon9 and Falcon Heavy, easily achieving their usual duties, like launch in orbit satellites or help with the transports Earth – ISS (international space station). This new spaceship will be able to do missions of the Moon and on Mars, being able to land and to take off like in a science-fiction movie. Furthermore, it could be used even in the travels Earth- Earth, radically changing the way to conceive a trip. The BFR, infact, will be able to connect every city of the Earth in less than one hour. For example a trip of 9.648 km between London and Hong Kong, that today will take 11 hours and 50 minutes, with the BFR it will take only 34 minutes.

The future of the SpaceX 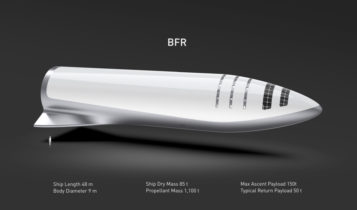 Elon Musk often said to have founded the SpaceX not only to revolutionaze the space missions’ world, but especially to be able to bring the humanity on Mars. And this dream is ever more close.

“You want to wake up in the morning and think the future is going to be great – and that’s what being a spacefaring civilization is all about. It’s about believing in the future and thinking that the future will be better than the past. And I can’t think of anything more exciting than going out there and being among the stars” – Elon Musk.

Elon promises to let us see the BFR flies in the 2019, but it will be only the shuttle section to take off, realizing the firsts cargo flights, without though never go besides the atmosphere. Before to see the spaceship complete it will still take 3-4 years. Meanwhile all the SpaceX’s energies will be focused on the BFR. This will mean that the other creations of the space agency will be frozen to their current generation. The Falcon9 is frozen to the block 5, like the Falcon Heavy. The pods Dragon will soon become the Dragon Two, when their development will be completed, after that, probably they will stop here. This doesn’t mean that they don’t have any future, like we said we will still need few years because the BFR will be completed and it will be used in all of its functions for which is been planned, meanwhile SpaceX has the agenda full of space missions, that see as protagonists the other members of the fleet.

The trip toward Mars 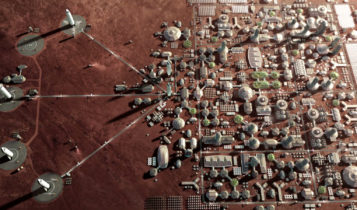 Like we said the BFR is been thougth even to reach Mars, becoming the first spaceship to deal with an interplanetary trip and to land, presumably, unharmed. The moment of the landing, like all the other things, is been carefully analyzed and many tests are been made on the computer. To land after this kind of trip, infact, won’t be easy, the spaceship has taken much speed and everything will have to be perfectly calculated. Right after the BFR will be completed with all of its components the SpaceX wants to make many gradual tests to test the heat resistance of its heat shield. Only after that the spaceship will be ready to go out there in the space. Elon Musk thinks to land on Mars in the 2022 with the first cargo flight, with the purpose to bring the first infrastructures and to confirm the water resources. After that, in the 2024, will be the time for the first mission with human crew. While waiting to find out if Elon will keep his promises, it is probable that the BFR will donate us even a new moon landing.

10 applications to save the planet