The human will come back on the Moon

The NASA wants to come back on the Moon. It is now official, after 50 years the human will come back one more time on his natural satellite. The first missions will start the next year, in the 2019, but the crew will be composed by only robots. During the next decade, instead, there will be a series of missions with human crew, that will allow us to walk one more time on the lunar ground. 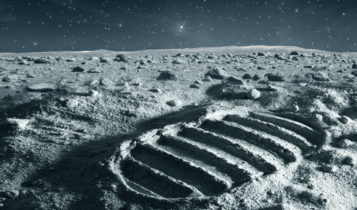 The return of the human on the Moon is just the beginning. The NASA, infact, wants to use the satellite as stepping stone toward the close planet Mars and then toward the whole solar system. To do it the spacial agency has appointed Steve Clarke vice associate administrator for the explorations of the scientific missions’ division. Clarke comes back to the NASA, with which he cooperates since the 2000, after a period of absence, during which he took part of the department of the scientific and technology politicy of the White House. The duty of Clarke will be the one to coordinate the NASA’s missions with the scientific community and the external companies. There are, infact, many that want to give their support to guarantee the maximum of the nowadays technology for the realization of the next lunar outposts.

The next year should start the missions that will bring on the lunar ground all the technologies and the instruments needed preparing the return of the human. Between the many missions there two of them demonstrative and the first robotic actions on the Moon. Until December of 2021 is predicted the arrival of the first robot on the lunar ground while the moon landing of a medium size lander is predicted for the 2022.

Like we said the first missions will be without human crew and they will be useful to bring on the lunar ground everything that the astronauts of the future missions will need. Infact, unlike the first moon walk in the 1969, this time the human land on the Moon not any more for a short period but for stay. The idea to start to colonize our satellite, creating outposts that will open the doors to the rest of the solar system, is a rumor that is spread around for a while already. All the biggest spacial agencies of the world promise to be between the first moon colonizers, who knows if this will be the right time.

All the scientif community is contributing realizing the needed instrumentation and trying new technologies adapted to the lunar environment. Between the many instruments, the NASA wants to use even the ones that was part of the mission Resource Prospector, recently deleted. The mission was plannned to dig the first mines on the Moon, with the purpose to have the material to use in the realization of future bases for human crews and to explore a lunar pole.

It wont’ be another race to the Moon 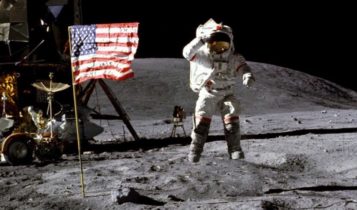 Like the whole humanity remember the first moon walk was nothing more than a challenge of who firstly was able to step foot on the Moon. Today, after 50 years, the many spacial agencies are trying to cooperate, with the hope to leave the geographic boundaries that signed our history on the planet Earth. For this purpose, infact, is been even drawn the flag of the planet Earth, with the idea to see once it stands out on the red Mars’ surface and in the future even on other planets of our solar system and beyond. While, on the moon surface, the flag that stands out is still the american one. The NASA reassures that this won’t be another race to the Moon, but it isn’t the only one to dream to bring one more time the human on the satellite, even the ESA (european space agency) plans to use the Moon as stepping stone for Mars. Even China and Russia wants to do in the next decade missions on the Moon surface, like the many tests and experiments that the global colossus are making are the proof of it.

After 50 years is really time for a second space walk, we hope that this time it won’t be saw as the succes of an individual contry, but like a conquer of the whole huaman race.

Cashback World: how does it work?