The cars hybrid or fully electric are the future. They are invading car shops and streets, drawing ever more the attention and the support, especially for their ecological nature.

Definitely usually those are small cars, exception for the big colossus of the electrical, like Tesla, the ultimate electric car, and it is unusual that a big brand producer of high-end sportive cars, like Ferrari, presents a hybrid vehicle.

However all have to adpat themselves to the changing time, therefore, the performances don’t suffer much for this fuel’s changing. The green revolution arrived everywhere, between the official released and the rumors, it entered even in one of the holiest place of the motoring. 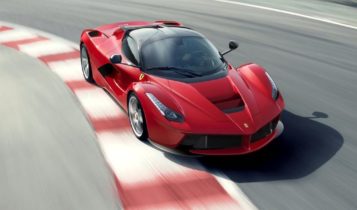 The first real hybrid Ferrari, LaFerrari, successor of the Ferrari Enzo, is a hybrid car of special limited serie, produced from the 2013 and the 2016, in 499 models plus one.

The first 499 models were sold already before its official presentation. The plus one, instead, the 500th model, was announced afterwards and its total profit was devolved to the populations hit by the Earthquake of the Center Italy of the 2016.

It’s clear that the chosen name has a particular meaning. The same Luca Cordero di Montezemolo, infact, defined it like that: “It isn’t a Ferrari, but it is LaFerrari, the sum of all that our company is. And it is the precursor of what in the next five or ten years we will transfer on our future vehicles”.

The special limited serie of LaFerrari was the opportunity to experience the technologies that in the future would be applied on the whole gamma.

The hybrid powertrain isn’t a deficit for the vehicle, far from, it enhances the performances and it creates a contest of funny driving, elements with essential importance for a Ferrari car.

The car is equipped with a 12 cylinders V of 6.262 cm3, the most powerfull aspirated engine ever used on a road Ferrari. 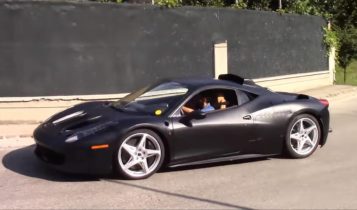 The first hybrid Ferrari, even though it was produced in a limited serie, with only 500 models, was a success.

The green revolution and the need to a global changing, furthermore, bring to the need to use electric alternatives. It is for this reason that is coming a new Ferrari hybrid: the 488.

The Ferrari 488 GTB is a super car presented and produced starting from the 2015. The last year, in the 2018, arrived the versions Spider and Pista.

For this year, instead, is predicted a new deep restyling of the 488, which should adopt the new hybrid technology.

It is since April that rumors leaks and pictures. Many saw a 488 running in totally silence. Others, instead, say about something much more similar to a 458, which is as well unusually silent. Silence that incontestably remembers an engine hybrid or, even, full-electric.

More official sources talk about a big work to transform the 488 in a hybrid car, thanks to the evolution of the thrusters.

The V8 bi turbo, infact, could adopt a technology of supercharging came from the Formula 1. The result should be a quicker and more efficient vehicle. Car that is thought can officially arrive already during the 2019.

The first Ferrari SUV, known with the name FUV (Ferrari Utility Vehicle), could be equipped with the same engine.

The future of Ferrari

Another engine V6 turbo, supported by an electric unity, could arrive around the 2020. But even those are nothing more than rumors. 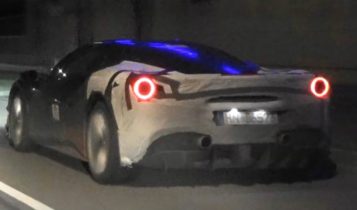 The new engine V6 turbo could debut on the successor of the Ferrari Dino and on the new Suv Purosangue. The project proceeds in parallel with the engines of Formula 1, so to integrate their development and their research. Probably in the next months we will have further news.

Meanwhile it is since September that was released the new that all the Ferrari should be electrified until the 2022. While was the same late Marchionne to announce, the last summer, the arrival of a full-electric model.

Airo, the electric car that reduce the pollution of the other cars

Aptera Paradigm, the electric car of the future