Goodbye to Windows 10 Mobile and Cortana

Microsoft at the end gave up, it isn’t able any more to sustain the competition of iOS and Android, and it decided to quit Windows 10 Mobile, name that since the 2015-16 replaces the even more thankness Windows Phone.

It was even released an official date that will let end the support of Windows 10 Mobile. The company is suggesting to its users to pass to the competititors, starting from the 10th of December of the 2019, infact, the users won’t receive any more the upgrades.

The company decided to give up even in the competition that sees involved the virtual assistants.

The same CEO of the company recently said in an inteview that Cortana isn’t able to compete with Alexa and Siri and, so, unless to die under the competition, the best choice is the one to ally.

Windows 10 Mobile, the last version of the operating system for smartphones and tablets, arrived at the end of its life, imposing the failure of Microsoft in the mobile competition.

Everything started a couple of years ago, when we started to hear talking about some difficulties in Microsoft, right about the operating systems fitted on the mobile devices.

In the July of the 2017, infact, was interrupted the support to Windows Phone 8.1.

Few months after, in the October of the 2017, was released the last version of Windows 10 Mobile, the one that right now is still the last operating system, released for the first time in the 2016.

By the way during the last year and half the situation get worse. Right for this reason Windows 10 Mobile will sign the end in the world of the mobile devices.

The one of Windows Phone was an experiment that was never able to leave the nest and to compete with Apple and Google, it was the same Satya Nadella, number one of the company, to admit it.

And so started the countdown that will finish the 10th of December of this year. Date after which the mobile devices that use a Microsoft operating system won’t be updated and supported any more.

For this reason the company of Redmon, finally, raises the white flag and says: “With the end of Windows 10 Mobile OS we suggest to our customers to move on Android or iOs devices that support our products.

The Microsoft’s mission is the one to give to all the people and all the organization of the planet the instruments thanks which make more. For this reason it is important for us to go on to give the support to our software products even on that platforms”. 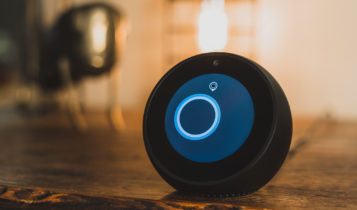 Together with Windows 10 Mobile we have to say goodbye even to the virtual assistant Cortana. Even if the assistant of Windows Phone will not completely disappear, but it will be implemented and integrated into two of its big rivals: Alexa and Google Assistant.

A new alliance that we don’t know yet how it will go. Cortana will be implemented as added functioning on the speakers Amazon Echo and Google Home.

Its function could be the one to let communicate the hubs of the rival companies with the Windows PC.

Cortana will be so subordinate to the other vocal assistants, which will be able to use it as an application.

Microsoft considered even the idea to eneter in the speakers’ marketplace, but even though Cortana is implemented in millions of computers Windows and Xbox, it won’t be able to offer nothing more compared with the other rivals and hardly it will be able to eneter in an already busy marketplace.

The only experiments about this was absolutly a failure. The speaker Harman Kardon Invoke, implemented with Cortana was a flop. In the first quarter of the 2018 Google sold 3,2 millions of speakers, while Amazon sold 2,5 millions of them.

The numbers of the Windows’ speakers were so low to not be calculated neither. Even Apple was launched in the competition, by proposing the HomePod.

Even though it wasn’t a real success, Siri is so popular to being entered in the global culture, so much so that often it’s used its name while speaking about the virtual assistants in general.

After that the only way to not give up Cortana for ever was the one of a cooperation.

Tim Sweeney: the man that earned billions of dollars with Fortnite

Designed the standard web site for all the italian towns