The humans pushed themselves once more time a bit forward, discovering a new little piece of Solar System. Mercury is the closest planet to the Sun and even the smaller one of our Solar System and it is right there that Bepi Colombo is directed.

Giuseppe Colombo, called Bepi, was an italian mathematician, physical ans astronomer that in the 1983 received the gold medal from the NASA. His studies were focused right on the small planet Mercury and it is to him that it is dedicated the mission that see involved the ESA (european space agency) and the Japanese space agency.

After twenty years of work and planning finally the two probes of the mission Bepi Colombo took off and their travel, that will culminate with the arrive on the first planet of the Solar System, will be 7 years long. 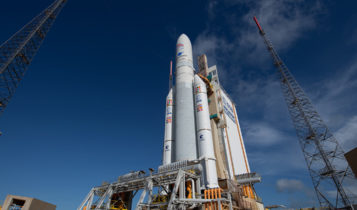 The satellites’ launch of the mission Bepi Colombo happened the last 20th of October, at the 2:45 from the launch’s station of the ESA of Kourou, in the French Guinea. For the launch is been used a rocket Ariane 5.

But the two probes aren’t alone, they will travel together, pushed by the Mercury Transfert Module (MTM), the electric propeller transfer module. To complete the small terrestrial system that will face the vacuum of space and that will arrive to touch the Sun there is even a heat shield.

A long and complicated trip

Arrive on Mercury it isn’t easy. Even though the other probes face travel as long as that one with timelines surely shorter, the one that the Bepi Colombo will have to deal isn’t surely an easy trip and it is for this reason that to make they will need 7 years.

It’s needed to arrive in the Mercury’s orbit with a reduced speed and to make it Bepi Colombo will face a series of fly-by. The fly-by are quick passages next to the planets that will give to the prove the slingshot effect bringing it ever more close to the destination. The probe will use firstly the gravity of the same Earth, and then it will go towards Venus.

Here there will be two fly-by, predicted for the 2020 and the 2021, that will push Bepi Colombo next to Mercury. Already in the October of the 2021 the probes will be able to admire closer the smallest planet of the Solar System, but they will need other moves before to enter in its orbit. Six fly-by, predicted between the 2021 and the 2025, will be needed to allow to the probes to enter in orbit without problems.

The future of the two probes

When finally the whole convoy will reach its destination the two probes will separates from each other, by reaching two completely different orbits.

The japanese MMO, will be far away from the planet, this to have a global view of it and better study the magnetism. While the european MPO will follow an interner orbit, at just 480 km from the surface.

How to survive two steps away from the Sun 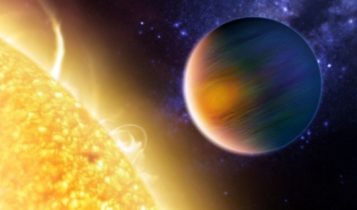 Obviusly the difficulty of the mission it is right on the proximity with the Sun. The small planet Mercury has a temperature variation between the day and the night unmatchable in the whole Solar System.

It passes from the 400° during the day to the -200° during the night. All of it isn’t only due to the proximity with the Sun, but even to the total absence of atmosphere to mitigate the weather. This place is one of the most impervious of the Solar System.

It has a thermal insulation of aluminium and ceramic and solar panels able to resist until the 225°. Even though this the temperature could further increase and to avoid that the panels will melt they will be kept in a minimum inclination to the Sunlights. 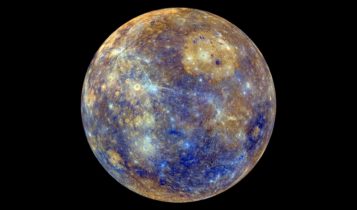 Why dealing with a so complicated and impervious trip? Mercury is interesting under many points of view, but it wasn’t easy to deeply study it, right due to its proximity with the Sun.

Mercury follows a strange orbit, remained unexplained until the arrive of the General Relativity of Einstein. Furthermore the existence of the Mercury’s magnetosphere, that even if feeble is there, is unbelievable. It is to find those and other answers that the Bepi Colombos will deal with this incredible travel.

A trip in the Silicon Valley of Europe

Chang’e-4 lands on the dark side of the Moon