It is one month that the Sun is without sunspots

From the end of the month of June and for 30 days consecutive the sun is without sunspots, being spotless and fully whiteness, getting closer to the record of 32 consecutive days of the summer 2009, when the star of our solar system signed a substantial solar minimum.

What are the sunspots 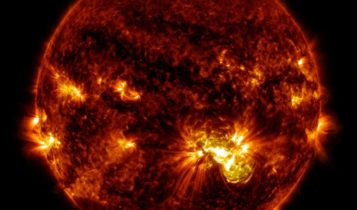 The ones that usually we call sunspots are regions on the solar surface with a lower temperature (4000° degrees) compared with the surrounding areas (6000° degrees). Those areas appear so darker compared with the rest of the surface, but, instead, the areas concerned by the sunspots have a higher magnetic activity compared with the others. They come to the conclusion that the sunspots are the results of strong magnetic fluxes that from inside the sun go outside, piercing the solar surface and pouring outside, blocking the heat and cooling the concerned areas.

Those mechanisms of the sun have a regular cycle of around 11 years, which bring our star from a minimum to a maximum of sunspots and so of solar activity. The next minimum should be in the 2019/2020 and so the sun is slowly reducing its activity. Getting closer to the minimum we will have ever more often days, weeks or months without any sunspots on the surface of our star, until its minimum, when the period without spots should be even of a year.

Which are the consequences of a solar activity’s minimum? 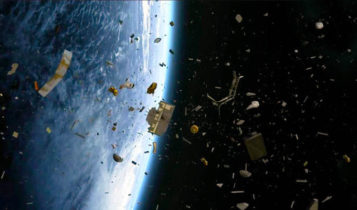 Like we said the sun crosses solar activity’s cycles that bring it to a minimum of solar activity to a maximum of it. The difference between the minimum and the maximum is the 0,1%, which can appear nothing but in reality it brings some concrete changes even on our planet.

Firstly a lower solar activity brings even to a lower emission of ultraviolet rays. Which brings to a cooling-off of the most external layers of the terrestrial atmosphere. This cooling-off, even if minimum, should be carefully monitored because it let the atmosphere collapse, even if just a few. This means that many satellites, between which even the ISS (international space station) lose the support that keeps them attached to the planet. Fortunatelly it is enough a mild adjustment of their orbits to remain attached to the atmosphere. We can’t say the same about the space debris that unfortunatelly we created as consequence of the many spacial missions. Those, being out of control, in this period of the solare cycle risk to wander in the infinite space or, worst, to crash on the planet.

Furthermore a lower solar activity allows to the cosmic rays to easily penetrate inside our solar system. This change is already visible, infact, the cosmic rays registered close to the Earth, are already increased of the 13%. Increased cosmic rays bring to a further cooling-off of the atmosphere and to a higher cloudiness. The cosmic rays, infact, help the particles to become nucleus of water vapour. All of this will surely make the next years cooler than the previous ones.

Is all of this good or not?

Even though the cooling-off of the atmosphere could seem exactly what the planet needs in this moment, it isn’t true. All of this risks to bring to a downside that won’t help, on the contrary it risks to further get worse the already existent problem of the global warming. This if the solar minimum will be normal, but it already seems to be arrived earlier compared with the predictions that didn’t put it before of the next year. Usually the solar cycles don’t bring to big visible changes, but there were already same exceptions. Between the 1645 and the 1715 took place the longest solar minimum that the human being is able to remember, told in paintings and passed down stories, lasted for 70 years, that brought to a mini glaciation in the norther emisphere of the Earth. Testimonies of winters unusually long and cold that arrived to us crossing the centuries, like the painting that shows same skaters on the ice surface of the Thames river.

The Android’s apps to read the e-books

The uniqueness of the planet Mercury in the Universe