The Parker Solar Probe, a NASA‘s probe, is been launched the 12th of August of the 2018, at the 3:31 am, from Cape Canaveral, in Florida. The probe is heading now towards the sun, pointing to beat more than one record during its trip, that will bring it in orbit around our star, until just 6,16 millions of kilometers from the solar surface.

The trip and the records of the probe 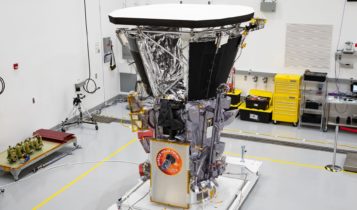 The probe Parker Solar, called like the astronomer that first theorized the existence of the solar winds, Eugene Parker, that on Sunday, at the age of 91, saw the launch, saying “Here we go!“. Eugene Parker is the first one to see take off a spacial mission that has his own name, sixty years after that first started to talk about solar winds, now, with the probe that has his name, the scientists think to revolutionize the current understanding of the sun. Now the probe is flying towards Venus, where it should be arrive in October, when it will do a push’s operation, circling around the planet and helping itself with the slingshot’s effect that will take place, the Parker Solar Probe will enter in an orbit that will bring it ever more close to the sun. From here there will be a series of flyby, that will force it ever more inside an atmosphere ever more hot as the days go by. Already in November of this year the probe will be at 24 millions of kilometers from the sun, already inside the atmosphere of our star. No one probe has ever gone this far, already in its first months of life the Parker Solar Probe will beat the record of Helios 2, that went just at 43 millions of kilometers of distance. Meanwhile it will beat another record, actually it will pulverize it, arriving to touch the 690.000 km/h, almost tripling the previous record of the probe Juno, of 265.000 km/h. 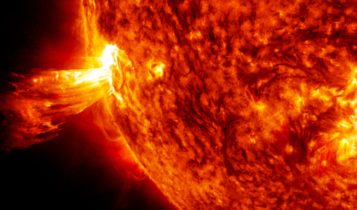 During its mission, which is estimated will be seven years long, the Parker Solar Probe will do a series of measurements and it will take some pictures to send on the Earth, to allow us to find out the sun’s secrets. All of this will allow us to understand the origin of the solar winds and to deeply study the solar corona. The probe will work at a temperature of 1.377 degrees, protected by a carbon’s shielding that will be able to keep the instruments to a temperature of only 29 degrees. The probe is equipped with cameras and instruments able to study the magnetic fields, the plasma and the energetic particles. The main breakthrough that the scientists provide to realize with this mission is the ability to predict the solar storms. The solar winds, infact, affect the satellites and the on-board equippements, right outside the terrestrial atmosphere, drastically reducing their life and compromising their functioning. But a solar storm will be able to reach the terrestrial surface, resetting every electronic devices and bringing us back to many years, falling down in a new dark age. By knowing the functioning of those solar activities, we will be able to protect our satellites and our instruments.

The solar winds’ study opens a whole new world. Studing this phenomenon in the place where it borns, infact, it is an occasion that is unmatched. It will allow us not only to protect the planet, the satellites and the spacial missions, but in the future this new knowledge could be studied to predict the spacial meteo, avoiding that spaceships and astronauts will be in the middle of solar storms. The sun, infact, is the only star which at the moment we can study closely, but this could give us important informations to understand the functioning even of the other stars of the universe. There are some questions to which from the Earth the scientists don’t find the answer and they hope to solve them by studying the solar activities closely. The solar wind reaches the planet Earth at a speed between the 1,45 millions and the 2,9 millions of km/h, but when it leaves the solar surface the particles are stuck. What happen in the solar corona to shoot these at a so high speed? The other question that the scientists hope to solve is how the particles can reach a so high energy, during the solar eruptions and the ejections of solar mass. Find an answer to those questions could help us not only to predict the solar storms and to quantify them but even to travel completly safety in the space.