The Japan tests the first prototype of spacial elevator

An old date science-fiction’s must is the spacial elevator, a vehicle with the shape of a real elevator, which connects the ground with the space, arriving to connect itself with the orbitant stations.

The problems about the realization of the spacial elevator 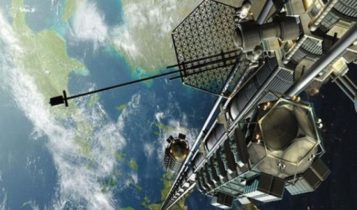 Are now years that the idea to realize a spacial elevator sparks in the minds of many scientists. This structure will substantially reduce the costs and the consumptions, surely higher with the propulsion rockets.

It could be a good connector between the Earth and the ISS or the other orbitant stations, by carrying people, vehicles and equipments.

It could furthermore launch objects and spacial vehicles outside the orbit, giving up definitely the usage of the rockets.

Even though the terrestrial uses are surely more useful it is really probable that the elevator finds application somewhere else. On Mars, for example, the gravity is the 40% of the terrestrial one, this means that the rope that will be needed to launch an object in the martial orbit will be considerably shorter.

The elevator, idealised by writers and filmmakers since many years, will have to be studied in the minimum details. It must be enough strong and tens of thousand kilometers long, enough to launch objects in orbit, but even enough light to don’t collapse under its weight.

To do it the structure should be realised in carbon nanotubes (exactly like the prototype), but the studies demonstrated that on a structure of this size would be enough only an atom out of place to let everything collapse.

Here you have the first prototype

After years of researches and hypothesis the Japan finally realised the first prototype of spacial elevator, even if it is to scale. It is infact just 10 meters long and it has two cubic satellites of 10 centimeters per side placed at the two extremities of the rope, where a small motorized box will move up and down.

It is the project of the University of Shizuoka, in Japan, and the test will happen in orbit, right outside the ISS, where the prototype is been brought the last 11th of September. Everything will be followed by a scientists’ team that can check the test thanks to the cameras placed on the two satellites.

The test will help to understand how to reproduce the prototype on a really bigger scale without take risks.

The dream of a real spacial elevator 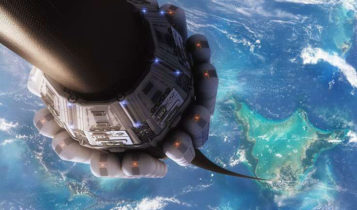 According the the prototype’s producers we will be able to use a real spacial elevator until the 2050.

A project that connects the Earth to an orbitant spacial platform at 96.000 km from the surface. Being able so to cover a quarter of the distance Earth-Moon.

This structure will be finally able to bring turists in the space, with a financial cost significantly lower then the other solutions thought until today.

The scientists assume a structure that is able to bring around 30 people each time, without calculate equipments, instruments and spacial vehicles and satellites that could be launched in orbit and over, towards the spacial exploration.

Even though the functions of the prototype made the realisation of a real elevator, not to scale, requires studies and technologies that maybe we still don’t have. Passed the problem of the material which should be the carbon nanotubes, still remain many questions.

Let’s assume that the elevator is able to run up and down the rope at a speed of 200 km/h, it will need many days to arrive at destination.

We don’t have to understimate neither the problem of the cosmic rays and the potential spacial debris which could collide the structure. 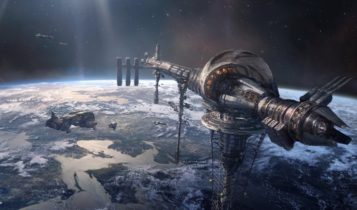 The main advantage of the spacial elevator is without any doubt the economic one.

Even though the realization of a structure of this size in carbon nanotubes has exorbitant costs (around 70 billions of pounds), as the time will go by it will be fully repaid, compared with the costs that continuosly have the rockets.

The space then, will finally be of easy access for all the terrestrial population.

We will avoid all the dangerous trips for the equipments and the human crews and the explorative launches towards the space will be easy and quick.

It is since the 1800 that the humanity dreams a structure of this kind, after that the russian engineer Konstantin Ciolkovskij firstly dreamed it, after saw the Eiffel Tower. Who knows if this will be the beginning to its realization.