The green engine for the spacial travels

The rush to the spacial travels is ever more fiercest and the competitors are ever more, with advanced technologies and many astonishing ideas. Even Italy is taking is space in this scenario, testing, right few days ago, a new green engine, to equippe on their rockets.

The rocket Vega is a launcher of small satellites in orbit, which go from 300 to 1500 kg. It is been realised by the ASI (Italian Space Agency) in cooperation with the ESA (European Space Agency). Vega takes the name from the homonymous star, but it is even an acronym which is European Vector of Advanced Generation.

But this isn’t the only name of the rocket, Vega, which is the italian small big pride, is even been called “The 500 of the space” by Gianni Agnelli himself. The develops of Vega is all italian, realised by a cooperation between the ASI and the AVIO, an italian aerospacial agency.

And it is right on the AVIO that is been tested the new engine M10, which will be soon equipped on the rocket  Vega. 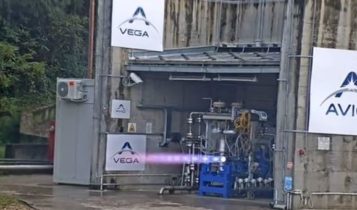 A blaze colored of a light blue and a loud bang accompained the test of the new engine in the headquarter of AVIO in Colleferro (Rome). To the test attended Stefano Gualandris and Giancarlo Giorgetti, respectively counsellor for the aerospacial sector and the undersecreatry to the Council’s presidence.

The test work out perfectly, by signing another point for AVIO, Vega and all the italian spacial panorama, which seems to not miss a shot.

The records of Vega

Even the last test of the aerospace agency AVIO worked perfectly, but it isn’t a new for who until now didn’t make an error. The version E of the rocket Vega, infact, made 12 missions in the last six years without having a problem.

This signs a record never seen before not only in the italian or european panorama, but in the mondial one. Usually, infact, the rockets in their firsts missions make always some errors. The average, at mondial level, that something goes wrong during a launch, during the first launches, is of the 60%. Vega, instead, never made an error. 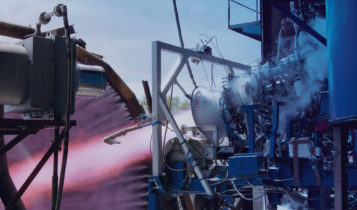 Let’s so go to see this new engine, that besides to be efficient and innovative is even green. The engine is fueled with oxygen and methane and, actually, it is able to replace the third and the fourth stage of the european vector.

Thanks to this engine Avio, will not only launch the rockets Vega in the space, without pollute the planet from which takes off, but it will even break down the current costs and it will be able to transport more cargo. All elements that, jointed with the efficiency already highly saw in the rocket Vega, brings Italy to step out of the cocoon and to deal with the mondial colossus of the spacial exploration.

But none of them builds rockets like Vega, light, elegant, practical, economic and ecosustainable. Vega already obtained another mondial patent, besides the engine M10: the stages texed in carbon’s filament. The rocket, 30 meters tall and 136 tonns heavy, is unique in its kind and like that it still bringing high the italian pride in the world.

An innovative, technologic and eco engine 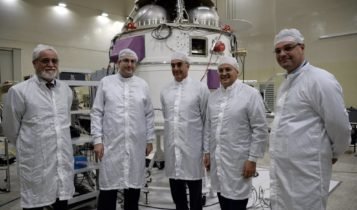 M10 is all of  it and much more. The engine is 12 meters tall, 3,5 large and it is fully realized in carbon fiber. It is right its carbon structure to make it five times lighter and two times stronger of the normal steel engines.

Furthermore, it can contain 142 tonns of propellant. The new propeller will be equipped on the rockets Vega of new generation from the 2024.

“Avio is really satisfied of the result of the test of M10, because it is even the first european prototype of Lox-Methane engine, a really innovative technology with low environment impact of which almost no one in the world have”, says Giulio Ranzo, CEO of Avio.

“Congratulations to the whole Team. Vega is a strong and reliable launcher. Never stop to improve”, concludes therefore Stefano Bianchi, develop director of the spacial transports’ systems of the ESA.

Ariane 6, Europe wants the Moon too