The electric cars are ever more spreading, ecological, functional and economic, but the owners have to daily deal with the charge’s times, which for a full up they can arrive until 8 hours for the vehicles with more Kw. But the focus of all the sector are completly moving on this new technology to avoid all the problems between which even the one of the timing. The electric car is the future, we must quick abandon the old polluting vehicles if we want to save the planet and the whole human race. It is predicted that for the 2025 half of the produced cars in the world will be electric, for this reason the rush to ever more efficient batteries become ever more hard, here you have why was born Nessox.

Are already many the countries that decided to give an ultimatum to the sale of petrol and diesel cars. The Nederland said that they will sell only electric vehicles starting from the 2025, while the Norway put the date for the 2030, as well as the cities of Barcelona, Vancouver, Copenaghen, Los Angeles, Milan, Mexico City, Seattle, and many more that continue to add themselves to the list to become zero emission until the 2030. The whole Italy, instead, as well as France and UK, remain a little bit behind compared with the progressive Norway and Nederland, but they promise to prohibit the sell of the petrol and diesel vehicles until the 2040, with the goal to reach the zero emission until the 2050. 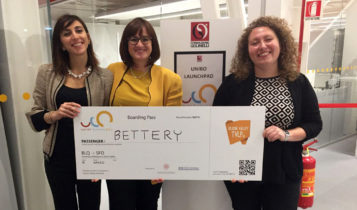 With the future that advances so fast all the producers of electric and not electric cars are excited to try to better improve this technology and make it more efficient possible. That’s why was born Nessox, the new liquid battery that charges itself in few minutes. The project is italian, of a bolognese start up, Bettery, which with its special battery won the award Next Energy. The recharge is really easy and prompt, when the battery is low we can just recharge it by adding some liquid inside it, in a moment. The name Nessox is an acronym of NEw Semy Solid flow lithium OXygen battery. The battery is obviulsy in line with the concept of clean electric car, and for this it is ecofriendly. The working is easy, the liquid of oxygen and lithium finish and it’s been changed like every other fuel, in a moment. To arrive to it, though, the team spent 8 years. The battery, already patented, is now ready to the realization and the entrance in the global marketplace, promising to radically change the concept of electric car. The Battery Nessox put up the name of Italy one more time, in pink, the team, infact, is composed by the researchers Francesca Soavi and Francesca di Giorgio, which then founded even the start up. 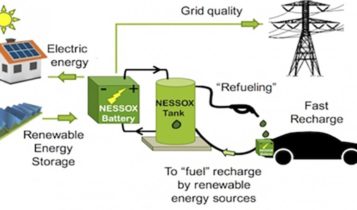 The main advantage for the owner of electric cars is like we said the speed of charge, but besides this there are many advantages. The battery, infact, can collect energy reaching the values of the petrol’s cars, but with a weight and a cost of the 80% less. The gas stations where this new technology of electric cars will do the full up, furthermore, will be powered by renewable energy’s sourches and they will even be network stabilizers. They, infact, will be able to redistribute the cars’ energy where it exceeds or to reabsorb it. The researchers understood the value of their discovery while they were studing forms of storage lithium-air, their battery, infact, didn’t droped off since months! Now they are working on bigger batteries, able to move electric vehicles, but the requestes are massive, many see a huge potential in their invention. The storage’s cells lithium-air, infact, won’t only move the electric vehicles, but according to the European Union, they are the energy’s storage technology of the future.

Home thefts? Here you have how to improve the safety with the technology