General Motors, famous american company situated in Detroit, gave the first details about the arrival of the Cruise AV, a fully autonomous electric car lacking of pedal and wheel in the driving place. A real futuristic revolution that should start to go around, at least in the United States, from the next year.

In our article we decided to collect all the informations about the fourth generation model of the zero impact futuristic vehicles of the Detroit’s company.

The revolutionary experience of Cruise AV will be optimazed by seats and touch screen screens to which we could accede thanks to the doors that automatically open. It is a level 5 autonomous driving vehicle, which means that it is equipped with autopilot really sophisticated that doesn’t need physic commands that allow to take up the drive in case of need. The company confirmed the introdution of a computerised system of the vehicle, equipped with vocal commands. It was create on the technic base of the Chevrolet Bolt, it should be ready to be mass produced, according to what the company said, or at least about the “hardware” part, which is the one about the mechanic and the sensors. The software, instead, will need to be improved on the road through the collection of the datas created by a fleet of 2.500 Cruise AV. Here you have the first picture of the internal cockpit of the vehicle: 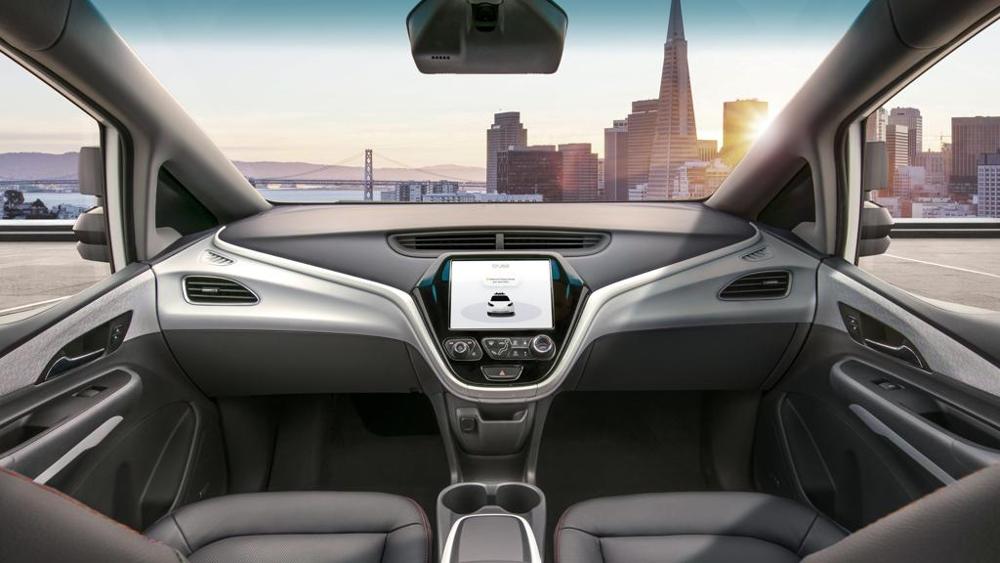 In a conference call with the journalists, the General Motors’ president Dan Ammann said that the Cruise AV, which was born by the purchase of the Silicon Valley‘s startup Cruise Automation in the 2016, will use a system of artificial intelligence able to replace a human at the drive. According to the Tesla‘s CEO Elon Musk the car without pilot are the future and they will allow to drastically reduce one of the biggest cause of mortal accidents. Those are his declarations: “We are really excited to share with you this important step of the journey”. The third generation model, which is based on the Chevy Bolt, is been presented on the media few months ago in the 2017: this means that General Motors Cruise was able to propose four news in 18 months.

Dan Ammann furthermore said that he willl propose a petition to the National Highway and Traffic Safety Administration to allow the traffic and so the sale of those new vehicles starting from the 2019. So the GM and Cruise’s project would enjoy those exceptions planned by the rules for the most advanced autonomous driving cars. Something different from the special permits that stop the rules for the 2500 vehicles that are around in the national environmente. The company would like a granting regulated with due regard for all the safety rights that the US Department of Transportation requires. Meanwhile for the big’s plans, the 2009 will be a crucial year for the introduction of sentient cars. The main competitor of General Motors is Waymo, the Alphabet’s startup focused on the project about the autonomous driving, that started to work in the self-driving sector for few years already.

The mass autonomous driving could almost set at zero the accidents, in mostly of the cases caused by the humans, make the driving efficient, avoid the urban traffic and get free from the daily stress men and women of all the world. Without calculate the movement’s freedom extended to disabled and elderly, that will have just to say with the voice the destination to reach. The future seems within reach, but it’s up to us, in primis, to adapt ourselves to the technologies and avoid to snub them like often happen.