By Veronica Perotto On 26 Nov, 2018
Insight lands on Mars
Condividi

This evening, around the 20:00, when all of us will be on the way to the dinner, it will start the live that will show the landing on Mars of Insight, which will happen around the 21:00 (italian time). 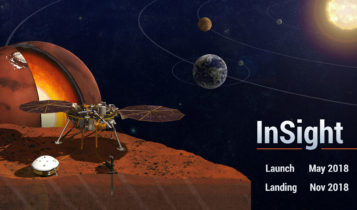 The mission of Insight (Interior Exploration using Seismic Investigations, Geodesy and Heat Transport) of the Nasa, is finally preparing to getting to the heart, after about six months and half of travel through the deep space. Mars is the planetary body most studied, appreciated and loved.

Our closest neighbour, a mysterious intriguing cousin. The missions that see interest it are many and the discoveries are ever more common and astonishing. We found the water, we identify the organic matter, we study the best ways to colonize and we covet to find out the most recondite secrets. With Insight we would like to find out what is hidden under the martial surface.

This evening so, the passionated will be able to admire in live streaming the landing on Mars, which won’t be an easy thing. Of the whole missions that saw as protagonists martial landers and rovers, only the 40% of them was able to arrive to the destination. The totality of them is american, proudly claims the NASA.

In less then one hour Insight will land on Mars live worldwild. All of it will start with the division of the pod which contains the lander from the rest of the structure, with which it dealed the travel of about 150 millions of km. We will be here at around 128 km from the surface.

The lander, in its pod, protected by a heat shield, will start the descent. The descent will be just 6-7 minutes long, but they will be minutes of fear and tension, the most difficult part of the whole mission. The small lander Insight will have to deal with the martian atmosphere, which is really thin and it corresponds at just the 1% of the terrestrial one.

Seven minutes during which the pod will have to do an incredible deceleration, passing from the 5,5 km per second to zero. During the seven minutes Insight will enter in the atmosphere, will dump the heat shield and, at around 9 km from the ground, it will open the parachute. At around one km of distance from the surface the martial lander will expel even the parachute, it will switch on the retro-rockets that will drive it on the last moments of descent and it will take out the legs, that will allow it to finally touch the ground of Mars.

At just 50 meters from the surface, finally, they will activate the sensors on the legs of the lander, to record the contact with the grund and if it will be needed they will do some further moves.

How is it possible to follow the landing on Mars from the Earth?

To keep us informed about the conditions of Insight and about all the phases of the landing there will be a serie of instruments and martial ships. The same lander Insight will launch a serie of radio signs, but on site, to welcome the new arrived there will be even the Mars Odyssey, the Mars Reconnaisnance Orbiter and the satellites MarCo and LaRRi.

Right thanks to the satellites MarCo and LaRRi, of which Insight is equipped, it will be possible to follow for the first time the seven minutes of fear, from the Earth. 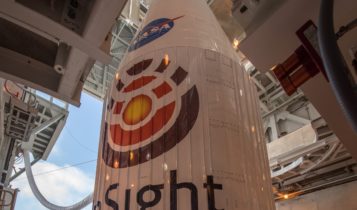 Passed the landing’s phase, the seven minutes of fear, we would celebrate, together with the whole team and with the whole world that, live followed with the breathless those endless moments. Finally, with the legs on the ground, Insight could be considered safe.

After few minutes from the landing will be opened the solar panels. The first two weeks will be needed to understand the conditions of the lander after an interstellar travel and the difficult descent toward the surface.

In the first two weeks, furthermore, will be checked the characteristics of the landing’s area. Passed this time’s period, Insight will get into the mission, of which we already spoke about in the previous article.

It will be possible to follow live on Focus, Youtube and on the biggest social networks. Here you have the link Youtube for the live streaming of the landing of Insight:

The new models of Apple MacBook Air and iPad Pro