The first martian colony may be soon reality

Are we close to the first martian colony?

Which is the next step of the evolutive history of the human race? Without any doubt it is the exploration and the colonization of the space, becoming so a multi-planet race.

The first planet to be colonized will surely be our closest neighbour, Mars. It is now many years that we talk about a hypothetical martian colony, but soon it could be reality.

The rush to Mars

Mars shouldn’t create a rush to who is stronger or more intelligent, like it was for the lunar landing. For this reason is been thought to plant the flag of the planet Earth and not the classic flag of the United States of America, like the one that is now waving (metaphorically because nothing can wave without air) on the lunar surface.

Even though this, inevitably, arise a kind of rush for who first will walk on the red planet. The competition moreover, let arise a mechanism in the human nature that push us to give the better of us.

This time the competition seems to see facing the NASA and SpaceX. 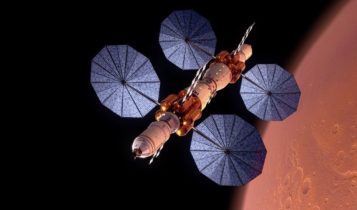 The NASA predicted to reach Mars with human crew in the years ’30. The official deadline fixed by the United States of America seems to be for the 2033, but the american space agency has to get busy if it wants to beat the competitors about the time.

At the moment, infact, the NASA hardly works to reach its purposes of colonization. The main project is the Mars Base Camp, which provides the usage of many Orion spaceships that, with some support modules, will form an orbitant space station around the red planet.

From the station the astronauts will have the possibility to drive drones remotly to explore the surface of the planet and of its two moons, Phobos and Deimos and, at a later stage, finally walk with their own feet on the red planet.

The Elon Musk‘s project is surely much more ambitious. The visionary CEO of the space agency SpaceX, infact, wants to realize a real colony on the martian surface. And the deadline that he fixed provides to reach Mars already at the end of the years ’20.

The mission provides the usage of the BFR, already under construction, which may do the first test flights already in the next year.

“I founded SpaceX to revolutionize space technology, with the ultimate goal of enabling people to live on other planets”. – Elon Musk 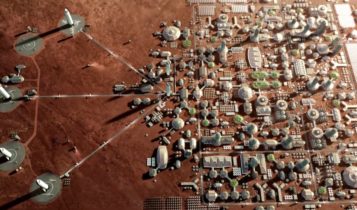 Musk dreams for a while to create a colony on Mars and now that the dream could soon become reality he tells how he imagines it.

The colony will be a place where a group of people “for which the thrill of the edge passes the risk and the danger” will create a new world, a democratic  and corporate society.

Firstly the colony will arise around the area of landing of the first BFR spaceship, after that the spaceships will increase, as well as the number of trips and the martian citiziens.

The first mission provides the research of water and energy’s sources. The initial colony will have a power plant, a dome where grow vegetable products, a landing and take off track for the BFR, laboratories and appartments for the first colonists.

After that there will be opportunities for everybody, as well as it was for the colonization of the new continent, they will need hospitals, farms, foundries, pizzerias, entertainment’s locals. A whole world to create and to shape with the hope that it will be a better place.

“The Earth is the cradle of the human gendre, but a man cannot stay on the cradle forever” – Immanuel Velikovsky

The Robot that reduces the waste of potable water