After ages of observations, myths and legends about the red planet, decades of spacial missions landed on the barren martian lands, finally InSight will deeply dig the Mars‘ secrets, revealing us what is hidden under the red surface. InSight will have the duty to see for the first time in the humans’ history what is hidden under the sand of our closest neighbor, analyzing the seismic and geodesy activity, with the purpose of collect important informations that will have to solve the mysteries about the creation of the solar system’s rocky planets. 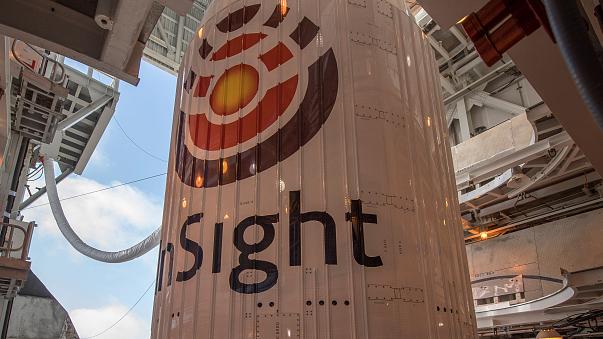 The probe’s launch, on board of an Atlas V-401 rocket, is happened the last 5th of May, at the 4:05 am, from the California, with a couple of month of delay caused by technical problems. InSight didn’t fly alone, but with it there was even MarCo(Mars Cube One), another NASA‘s experiment, another mini satellite that will study the red planet under another perspective. The lander should land the next 26th of November, in a volcanic region next to the equator, called Elysium Planitia, considered the perfect place for the mission. It will cross the martian atmosphere at around 23.000 km per hour, slowing down then, to touch the ground at only 8 km per hour. Procedure that InSight will have to do all alone, because from the Earth they will not have enough time to act in case of course’s changing. Once landed InSight won’t be able to move anymore and it will spend all the life, estimated around two years, with the possibility of extension, in this precise point, starting to check the activity under the martian crust only a couple of weeks after the landing. Once landed alive, so, the probe will open its solar panels and it will wait to receive some instructions from the Earth.

What InSight will do 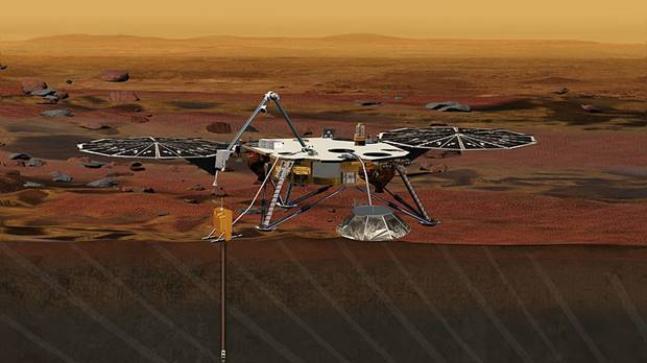 Like already said the real mission will start few weeks after the landing, period during which it will be checked if the probe was able to cross the space and to land alive. Meanwhile, anyway, InSight is equipped with many cameras that will film everything that there is around it. Afterwards it will “plant itself” in the ground thanks to one of its instruments, the “Mole”, a tip that will go down until 5 meters under the surface and that will measure the heat from the planet’s core. Besides the heat, the Mole will collect some samples from the inside and it will try to understand, finally, if this planet so similar, even if is now death, to the Earth it is really made by the same “substances”. The main instrument of InSight, though, isn’t the Mole, but the seismograph, made specifically for the mission, which is able to feel different kinds of seismic waves. The real purpose of the seismograph is to discover how the seismic waves move through the different sheets of the Mars’ depths, going to discover which are the densest and which not. This will help to rewrite the whole planet’s history, focusing on the temperature, the pressure and the Mars’ formation during all the phases of its evolution until now.

A bit of Italy on Mars

Finally, InSight will bring on the red planet even a bit of Italian pride. The Italian special agency and the National institute of nuclear physics of Frascati (RM), infact, realized one of the lander’s instruments, LaRRI. LaRRI is a micro laser reflector which will work thanks to the satellites that orbit around Mars and it will indicate the martial landers and rovers’ exact positions, making a web of reference points for martian geodesy measures that, in the long term will work as repeater, communication’s diagnostic and controlled landing support, nowadays, like already said for InSight, impossible.

How to better use Google Assistant