The Maker Faire Rome is the biggest european faire about the innovation. An event that see the participation of schools, universities, passionated of technology, research’s centers, students and companies. A trip through robotic, artificial intelligence, aerospace, food 4.0, sustainability, recycle, renewable energy, etc. 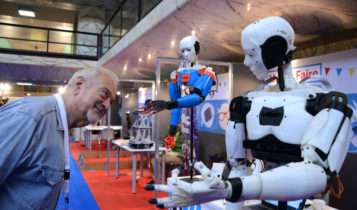 Since six years the Maker Faire landed even in Rome, with the European Edition. Rome is infact now in the middle of the window of the european innovation. The Maker Faire of Rome is the biggest one outside the United States and the second one in the world for visitor number, with 100 thousands presences.

It seems so that the interest for the innovation and the technology is high in the beautiful country. It is a faire, a meeting place thought to put in evidence emerging inventors, get universities, schools and research’s centers closer to the companies and let meet different inventors with each other.

Furthermore the Maker Faire is focusing to get the young and the smaller ones closer to the innovation, with interactive laboratories and funny experiments, as well as to raise awareness to the visitors about the actual global problems.

Who are the makers? 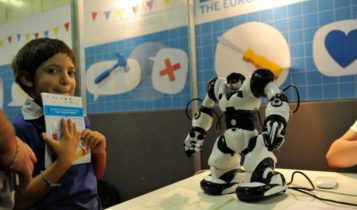 For who doesn’t know it the Faire of Rome is a serie of massive sheds that become full of stands at every event that come to life inside it (Romics, Crafts Faire, Orient Faire, etc).

Even in this case the sheds of the faire came to life with hundreds of stands, that welcomed the makers. But who are the makers? The makers are inventors, passionated of technology, students, innovators, thinkers, artists, engineers, etc.

Everyone that with their work invent, create and surprise the world, trying to make the future a better place. But the makers are much more, they are a real social and cultural movement, able to economic and politic development, able to improve what already exist and to create what doesn’t exist yet.

It’s said that the makers will give life to the next industrial revolution. 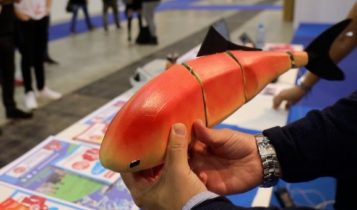 The makers and the exhibitors arrived to bring their innovative ideas even this year are many, especially the youngest one, that between the school’s benches start to create the future.

Another high school, this time in Assisi (Perugia), realized a sismic magnetometer. From the international school of Rome, the Marymount International School, instead, arrives an advanced drone. From Catania, instead, arrives the project of a Motorpool 4.0, while from Terni, to enter in the future is a vineyard 4.0.

A class of the chimical institute of Catania, instead presented an eco-compatible and natural pesticide, extracted from garlic and chilli pepper.

Makers and exhibitors 2018: companies and inventors 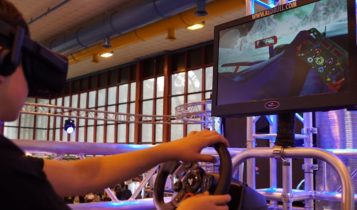 Besides to the schools even the biggest ones bring their own ideas in the window of the faire. There are applications for the smartphones and the tablets, like Task_Able, which helps people with neuro develop diseases.

There are tens of robots, artificial intelligences, accessories for the smart houses, ecosustainable ideas for the disposal and the recycle of the garbage. There are ideas to avoid the food’s wastage, like Dadone, which creates vegetable dice by using the unused part of the vegetable in the industrial food processes and the hydroponic culture.

There are eco-friendly and natural dresses and objects. Tens of 3D printers for every kind of usage, 3D realization about buildings and museums and virtual realities. There are then companies that want to show their approach towards the future to the citiziens, like Eni, Acea, etc.

Obviusly there is plenty of conferences, meetings, laboratories and unique experiences to live. For now the innovation’s faire ended, but due to the success of the last 6 years, there isn’t any doubt that it will be a standing appointment that every year will bring in the capital a breath of future.