In the researchers’ night the science is celebrating

By Veronica Perotto On 8 Oct, 2018
Child who dreams of being in space with open eyes
Condividi

The researchers’ night is an initiative promoted by the European Union that, since the 2015, is been repeated every year. The idea is the one to allow the researchers and the citiziens to meet, making dissemination of scientific knowledge and allowing to as many people as possible to get passionate about the science.

The night is animated by many events: experiments and practical demonstrations, guided tours, conferences, scientific meetings, shows and concerts.

“The science is a dim light flickering in the darkness around us, but it is the only one we have” – Marvin Cohen 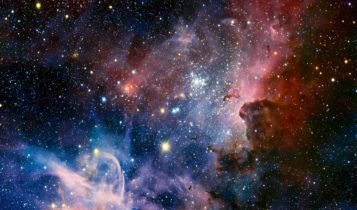 This year the researcher’s night took place the last 28th of September and it saw involved in it 9 projects, spreaded in 116 italian cities.

In the researchers’ night many laboratories opened their doors to the audience,  performing simple and immersive experiments. But doing dissemination of scientific knowledge isn’t so easy.

The researchers’ night in Europe

The researchers’ night is an European project and so it sees involved in it not only the italian cities but all the main research european centers, like the radio telescope of the University of Manchester.

Unfortunately Italy takes place in the second to last position as numbers of gratuated in Europe, of which only a really low percentage are in scientific subjects. Even though this the researchers’ night in Italy was a success.

The researchers’ night in Italy

Like we said in Italy took place 9 projects spreaded in the italian cities. 116 the cities involved, doubled compared with the previous editions, in the 2016, infact, only 52 cities opened the doors of their scientific laboratories to the audience.

Between the italian projects of the researchers’ night we have B-Future, which took place in the areas of Caserta and Pozzilli. The project imagines a kind of time machine that get through the human history passing by the innovative ideas and the technological progress, until to make the science an essential element of the daily life.

The project Bright, held in many towns of the Tuscany, is been organzied by the Universities and the schools of this area. Bright is an acronym which means “Brilliant Researchers Impact on Growth Health and Trust in Research”.

The project Ern Apulia took place, instead, in Puglia, where the researchers met the citiziens in laboratories, museum and historical centers. The dissemination of scientific knowledge of Ern Apulia moved in many fields: Universe, Subatomic World, Cultural goods, Human sciences and Future technologies.

The project MeetmeTonight saw mainly involved the cities of Milano and Napoli, together with many other towns of the Lombardia and Campania. Here obviusly the main purpose was to bring the scientific research outside the walls of the university too, by trying to get passionate the young and the smaller ones, by helping them with games, quizes and interactive laboratories.

The project Sharper sees involved many cities from the North to the South. The acronym Sharper means “SHaring Researchers’ Passion for Evidence and Resilence”. Sharper “dressed” the skyscrapers of the biggest italian cities with images and graphic design, thanks to the project Light City Dress.

The cities of the Emilia Romagna animated the researchers’ night with the project Society, “Science, histOry, Culture, musIc, Environment, arT, technologY”, to let the people understand how much important the progress is.

In Calabria to lighted the researchers’ night was up to the Super Science Me, organized by the main schools and universities of the region.

Finally, the project Bees, which came to life in many towns interested by the night, is been realized by Frascati Scienza, in co-operation with the Region Lazio, the town of Frascati and the regional park Appia Antica.

The project is based on the organizing system of the bees, where everyone is essential to the realization of a common target. Frascati Scienza opened the doors of the ESA (European Space Agency), getting the people closer to the space explorations thanks to the meeting with the astronaut Luca Parmitano.

Many were the activities proposed by Frascati Scienza about the topic space, the audience, especially the smaller ones, could make a “test drive” of a spaceship, “look for life forms” in the space and “collect material” from an asteroid.

Finally the researchers’ night wanted to raise awareness about the prevention of the planet and about the problems that affect it in this moment, like the climate changes and the global warming.

“Men love to wonder, and that is the seed of science” – Ralph Waldo Emerson