Admire the skyline of a big metropolis can create a whirlwind of contradictory emotions. It is exciting and fascinated, see how the human get ever more higher, trying to touch the sky. And he does it with grace and harmony, glass and metal that reflect the blue of the sky, the white of the clouds and the red of the sunset. Moreover it is equally terrifying, glass and metal that obscure the sky and try to take over its place, stopping us from see the horizon beyond them. More we see more we try to leave the bad old habit to create yards of concrete, today the most modern districts are ever more harmonious and in symbiosis with the nature. Trying not ever more to cancel the nature, but to connect the green of the surface with the blue of the sky, placing in the middle innovation and future. The e-Volo is an annual competition where the architects can present their ideas of futuristic eco-friendly skyscraper, and so here you have how the skyscrapers will be in the future.

In symbiosis with the nature

After almost destroyed the planet, the next evolutive step of the humanity has to be the one to enter in symbiosis with it. Essence Skyscraper is the project that won the competition e-Volo in the 2015, presented by the polish office of BOMP. Its creators dream a skyscraper that would allow even the citizien of the big metropolis to enjoy many natural environments. The skyscraper, infact, reproduces, vertically, 11 natural environmentals: glaciers, marshes, mountains, rivers, waterfalls, deserts, etc. Even the Times Square 3015, presented by a british team, provides to bring inside the cities many different natural environments, but not only, even farms, forests and fields. The Reversal Strategy is instead an italian project, imagining a future where the ground will be used exclusively for the public green, for the growing and farming, while the houses start from the second floor and, finally, the transports won’t be any more a problem, because they will be bound in the underground.

To purify the planet

Because the damage is already done now we think about some solutions to remedy to the past’s errors. The Global Cooling Skyscraper is the project of two italians architects, which provides a massive vertical structure, with turbines that generate clean energy and a structure creates to push the air from the ground towards the space, slowing down the melting glaciers. The Noah Oasis is a project thought by a chinese team. The idea is the one to reuse the oil platforms, this time not for deface and use the seas but for save them. The structure, infact, won’t only be a natural habitat for marine birds and human researches, but it will be even able to collect the crude oil dispensed in the sea by eventual loses and to reuse it to create the plastic that will become an undersea structure of synthetic seaweeds for the repopulation of the corals. The Climatology Tower sees in the middle of the cities of the future a massive green dome able to absorb the air of the big cities and make it newly breathable. Even Hyper Filter is a skyscraper that promises to purify the air of the future’s cities, absorbing CO2 and giving back clean air. The Project Blu, finally, is a chinese project that has an extra boost compared with the other two, this futuristic skyscraper, infact, won’t be only able to absorb CO2 and particulate matter, but to transform them in energy, under the shape of liquide methane. 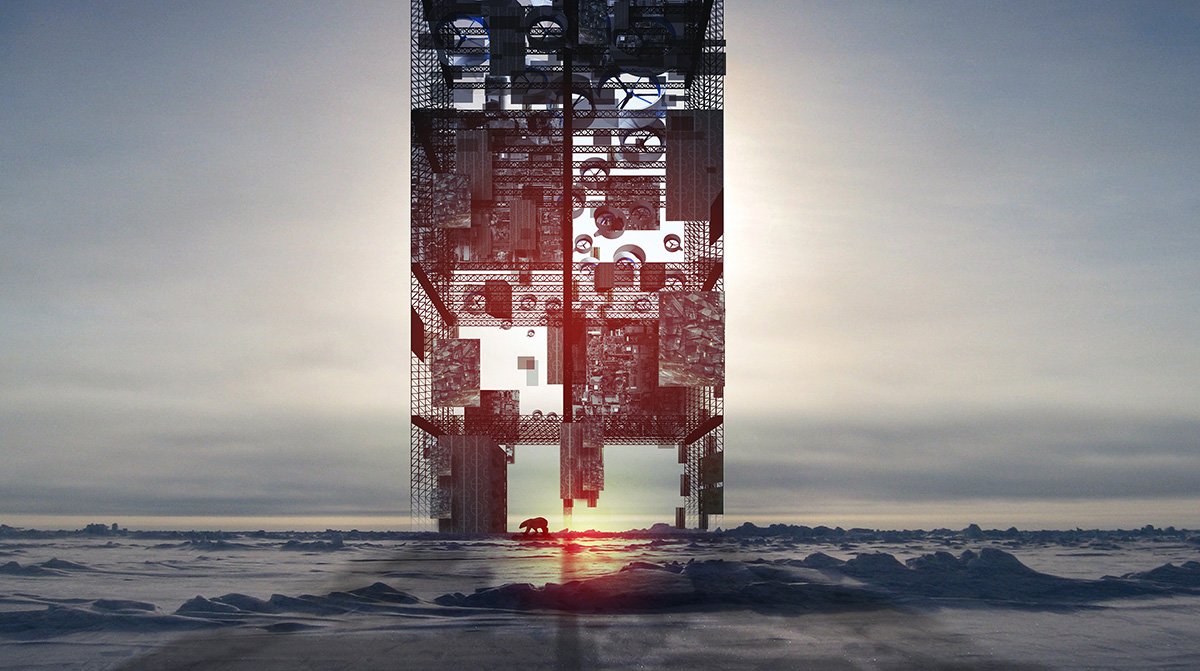 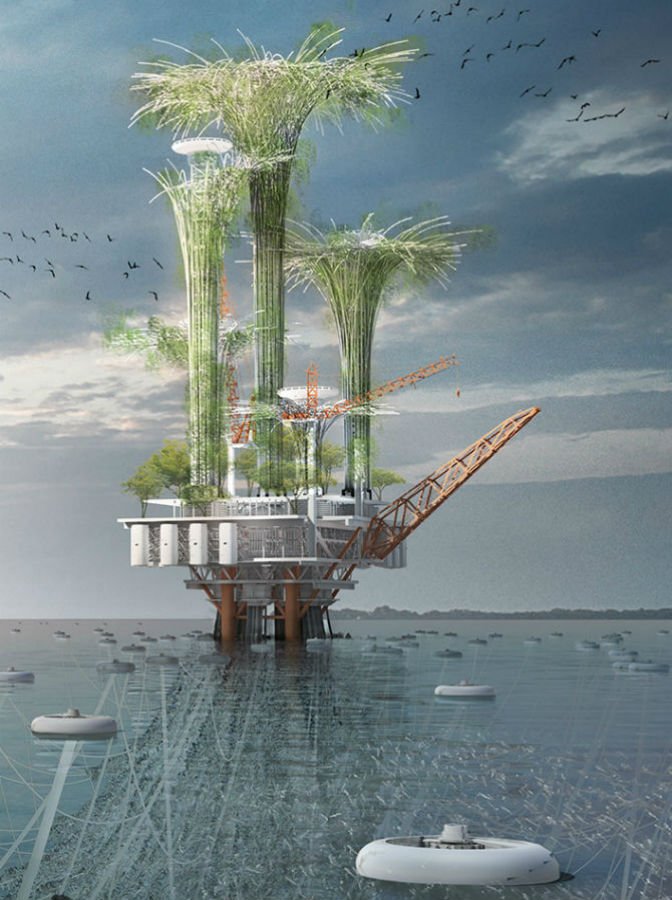 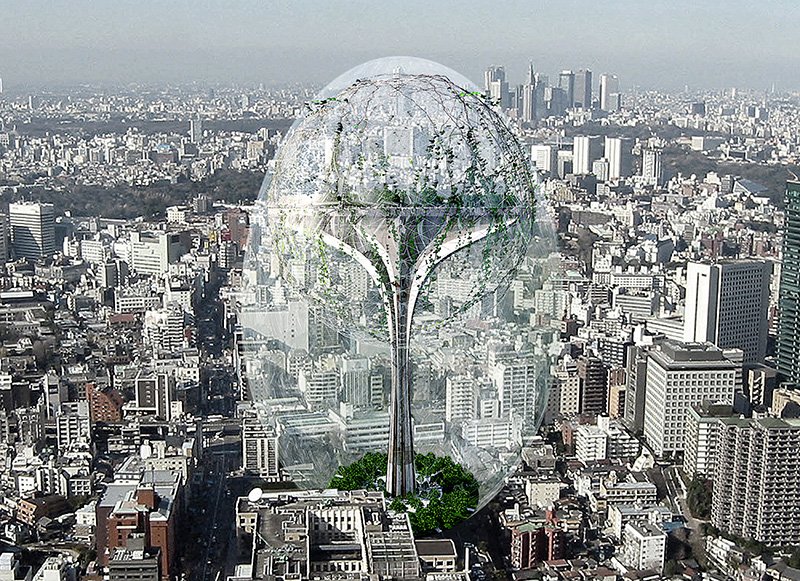 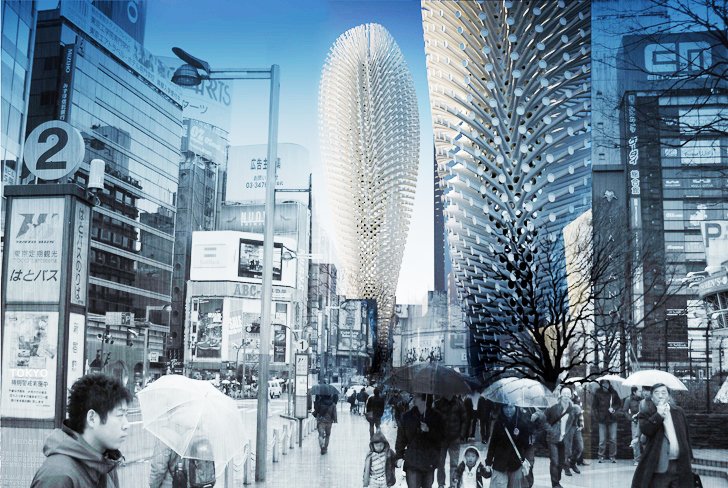 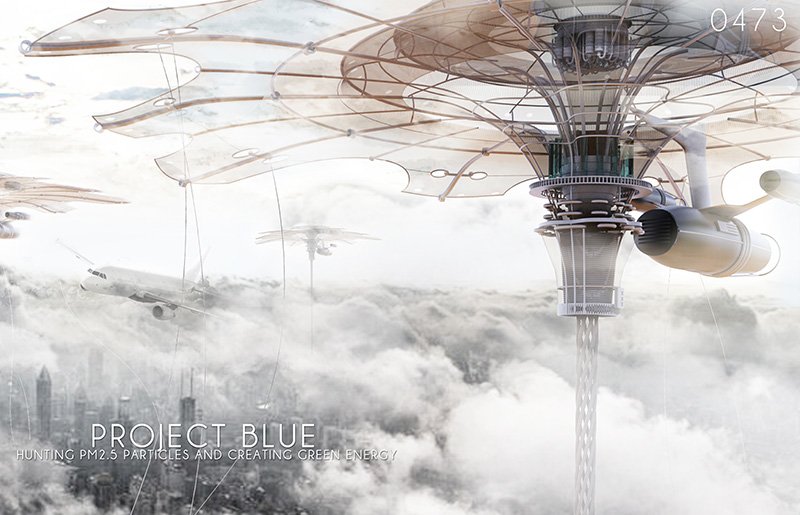 How to make the future super efficient in a world ever more overpopulated? In vertical. Here you have some technological ideas in vertical. The Trans-Pital is the project of a modular hospital, able to efficiently deal with every disaster (an earthquake, a fire, an epidemic). The hospital infact would be formed by a serie of rolling moduls that rotate around a central core, so to create perfect combinations for every needs. The Data Skyscraper are a really interesting project made by two italians. The project are vertical data centers able to collect the servers of all the big companies, by placing them in the cold Iceland. The current Data centers have a strong environmental impact, while those will be cooled naturally by the Iceland’s extreme temperatures, while the heat emitted by the servers will be used to warm the environmentals used by the human staff. They, furthermore, will use clean energy’s sources derived from the territory, which are hydroelectric and geothermal.