The videogames one is a world that doesn’t stop itself, it doesnt’ stop not even for a second to produce new contents. Between the unedited releases, second chapters and revolutionary experiments there are infact many videogames which will be released in the 2019. Let’s see together which are those titles and when is expected their official release.

The first one between the most awaited vidogames for this 2019 is a Remake, which is the one of Resident Evil 2. The old generation’s players will remember without any doubt this title which donates us, some time ago, many emotions.
Capcom announced this game in the E3 of the 2018 with a trailer really interesting where the differences between it and the original title are prominently. 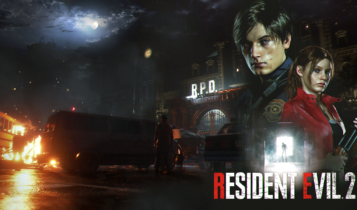 See Raccoon City, the characters, the monsters and the whole game’s world in high resolution surely makes an impression, especially for who is used to play the original version.
It won’t be though only a graphic’s matters. The game infact is been completly remade to be adapted with a new graphic engine.
The controllers, furthermore, are been modernised as well as the game’s perception, which will be up to the camera placed on the back of the protagonist.

It is so a well done Remake that allows to enjoy one of the best Reisdent Evil with a graphic and some characteristics completly renewed.
The title is expected for the 25th of January of the 2019 and it will be available on PS4, XBOX ONE and PC.

Between the most awaited games of the 2019 we couldn’t not mentioned Kingdom Hearts 3. The waiting and the hype for this title are infact going through the roof especially between the fans that during the years enjoyed the adventures of Sora and companies.
It seems that this new game will have firstly an improved graphic suitable to work on the new generation consoles easily. 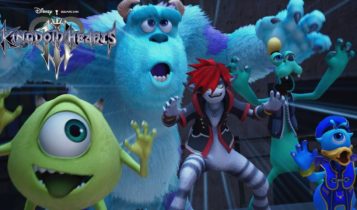 If this isn’t enough the title will have many news even and especially about the main story. Kingdom Hearts 3 infact will be a really long-lived game. The developers talked about up to 80 hours of contents completly playable that make the title a triple A.
To characterise those 80 hourse there will be around 40/50 of them about the main story and the others will be secondary, activities, etc.

Added to all of this obviusly there are new Disney’s world that will characterise the adventures of our heros. It’s been shown the worlds of the Pirates of the Caribbean and Frozen added to the present ones, besides to short interludes in the universes of Rapunzel and Toy Story.
It only remains to pass the time while waiting for the official release of the game fixed for the 29th of January for PS4, XBOX ONE and PC. 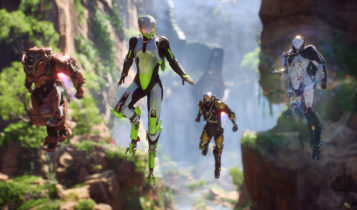 Basically the game will be in single player (which means that everyone will have their own missions etc) but the city of Anthem will be affected with what will happen even to the other players.

Obviusly there is even the possibility to join a group of other 3 persons to explore the world together and combact against the monsters and strange creatures. A really interesting game that will be released the 22th of February of the 2019 on PS4, XBOX ONE and PC.

Finally, last but not least, between the most awaited videogames of the 2019 we would like to speak even about the PS4 exclusive Days Gone. Like we know we are talking about a really interesting survival which takes place in a post apocalyptic world.
The protagonist (the biker Deacon St. John) will have to deal with the fearsome zombies and with the humans survived in this hostile world.

The title proposes itself like a really interesting survival that will be different compared with the ones that we were used to see until now.
Like we said the game is a PlayStation exclusive and the release is expected for the 22th of February.