The graphics card, infact, is focused on the new technology Nvidia Turing, which undertakes to offer incredible levels of realism, speed, efficiency and game’s immersion. An essential element for the more passionated gamers, that want to try ever more realistic games, that not always give the better if don’t supported by a good graphics card. 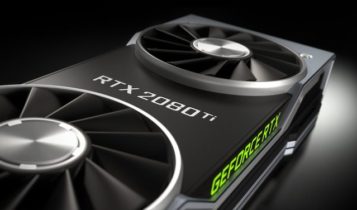 Like we said the graphics card has a Turing and RTX technology that, together, give life to a real graphics revolution, giving to the users a new and more immersive way to live the game.

Infact, the graphics card GeForce RTX 2080, includes the ray tracing in real time, the artificial intelligence and the programmable shading, everything to offer an unmatchable game’s experience.

Finally, with the programmable shading, those GPU are able to offer more power, efficiency and flexiblity than ever, supported by the faster memory in the world. All of this allow to play with personalized settings and frame rate at a speed until six times faster than the normal.

Like we said the graphichs card Nvidia GeForce RTX 2080 gives a realism’s level never reached before in the gaming. Essential quality while dealing with the last generation games where the realism is the main word.

The technology is able to manage extremely complex scenarios animated in 4K. The main example is the one of the demo Asteroids with 300.000 animated asteroids at 32 FPS. The performances that it gives with the last generations games like Shadow of the Tomb Raider, Battlefield V, The Witcher 3: Wild Hunt, ecc, will leave you without words. 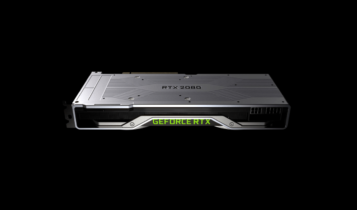 Nvidia GeForce RTX 2080 needs two slots, like the previous one, it is heavy and strong, closed in a thick metal’s body.

The metal color characterize the bigger part of the card, with two big fans and the written GeForce RTX lighted with led.

The card includes, therefore, a new generation power supply to eight stages. The fans are 13 blade and two axes, supported by a steam room that, with them, guarantees silent performances and an optimal cooling.

On the back of the card we find the doors: a HDMI 2.0b, three DisplayPort 1.4a and one connector Virtual Link for the virtual reality viewers. It will seem so to don’t miss nothing.

Let’s do the progress report, by summing the technical specifications of the graphics card Nvidia GeForce RTX 2080:

The Turing technology of Nvidia, like we said, revolutionazed the graphics’ world. The graphics card, on the marketplace since the 20th of September, but available in pre-order already in the previous days, were snapped up.

The lucky ones that got the pre-orders, infact, can already praise the new technlogy and find out its wonders. While the others had to wait few days more to feel them piece of future.

How do we feel the colours of the northern lights

Nvidia, the news in the sector: here you have the RTX2080 and the GeForce Now