The news is been spread around ten days ago and it was straight defined by many as a top secret mission.

The news about it, infact, were really few: we known only that after two postponments, the satellite Zuma of the USA government should be launched in orbit by the rocket Falcon 9 of the SpaceX.

SpaceX is the company founded in the 2002 by  Elon Musk, the ceo of Tesla, that joins many private investors to give spacial transports, reduce the spacial launches and allow the colonisation of Mars before the NASA.

The launch took place the 7th of January of the 2018, at the Kennedy Space Center (KSC) of the NASA located in Florida: the satellite took off from the Pad 40 of the KSC and it was brought in orbit by the launcher Falcon 9 owned by SpaceX.

The spacial company and the USA government didn’t say any detail about the duties that the Zuma satellite would do in orbit: the mission was managed with strict confidence. Even the Zuma’s destination and the orbit that it should follow were top secret, but same indiscretions said that the satellite would go in the lowest part of the terrestrial orbit.

The Zuma’s launch was postponed many times by SpaceX: it was, infact, firstly predicted for November of the 2017. The space agency said the first postponment of the mission, setting the new launching’s date for the 5th of January of the 2018. The reasons of the delay were about same tests for a customer, which brought to postpone the Zuma’s launch.

Though, one day before the launch, is been told a further postponment of the mission. The 4th of January of the 2018, infact, SpaceX said that the Zuma’s launch would be the 7th of January, date that was finally the real one.

The epiloque of the mission was quick and unexpected

According to same authoritative but not official sources something went wrong and Zuma could fall down on the Earth and burned in the atmosphere or even be lost in the space. 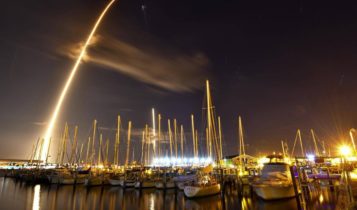 Bloomberg and Wall Street Journal wrote that governative officials were informed about the Zuma’s missing. A Bloomberg’s source said that the high level of the Falcon 9 failed the detachment.

At the other side, some spokesman of SpaceX and Northrop Grumman, the other satellite’s producer, refused to comment the missions of this kind, pointing out that “until now our informations said that the Falcon 9 was launched as predicted”.

It seems that Zuma arrived in the low terrestrial orbit (around 2.000 km over the terrestrial surface), then we lose it.

Like we said, the destination of the satellite Zuma was unknown, as well as the details about its cargo: this isn’t unusual if it is about militars, national defence, defence or survillance. SpaceX didn’t even transmitted the whole mission.

Two pictures published on Twitter show a strang light spiral in the sky that should be generated after the launch of Zuma, happened last sunday. 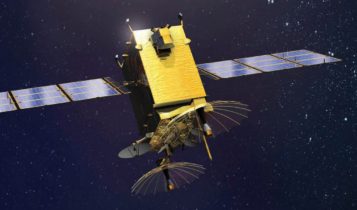 Onboard of the Falcon 9 besides the Satellite Zuma, there were the spaceship X-37B of the american aviation and other sensitive material. The launch, like the previous ones, included even the attempt of landing without damages of the first level of the Falcon 9: a piece that the Space X wants to reuse like they already did in the past at least five times, with the purpose to lower the costs of the space missions.

SpaceX in the 2017 completed 18 launches and for the 2018 the target is 30 missions: we hope that the next ones could have a better epiloque.