10 curiosities about the planet Earth

By Veronica Perotto On 19 Oct, 2018
curiosities about the planet earth
Condividi

We would like to find out what is hidden in the Solar System , in the space, rip the secretes of the universe and find out answers to the existential questions, forgetting often that we are walking on a wonderful planet, which is all to discover. Here you have some curiosities about the planet Earth.

Who assumed as first that the Earth moves?

“But it moves”, its the phrase that Galileo Galilei said after being forced to renounce to his theories to avoid the charge of heresy. But one of his most famous phrases could may not be his and maybe he wasn’t the first one to assume that the Earth was a moved body neither.

Before him already Aristarco from Samo in the 300 B.C. assumed that the Earth was a moved body around the Sun and that furthermore it rotates on itself. Many years after that, therefore, Seleuco from Seleucia said to have the proof that the Aristarco’s theories were right: the tides. More then 1500 years before the scientific revolution.

Which is the Earth weight?

To simplify the Earth weights around 6 thousand billions of billions of tonns (one 6 followed by 24 zeros), an incredible number. The exact amount, though, is lightly less: exactly 5.972 x 10^24.

This amount, though, isn’t the Earth’s weight, because this measure’s unity is the result of the gravity’s force applied on a mass. It is right the mass, so, of which is up this amount.

Who was first to discover that the Earth is round?

Probably this isn’t to attribute to only one person, but to a whole civilty, the Ancient Greece one, already in the fourth century B.C. Anassimandro for example was the first one to assume the concept that there is no up and down in the space and that so the Earth doesn’t lean on nothing.

Parmenide found out then the roundness of the Moon and it was deducted that the visible stars changed according to the place. From here to the discovery of the Earth’s roundness the step was short.

The Earth isn’t round!

They needed centuries to demonstrate the Earth’s roundness that now we know isn’t totally true. Infact, the Earth isn’t a nice perfect round, but an ellipse, lightly crushed on the poles.

Furthermore this shape is going to accentuate itself ever more as the years go by. The planet infact is getting fat, increasing the equator’s waistline of 7 millimeters every 10 years.

All of us know that one day on the Earth is 24 hours long, but we ignore that when the Earth was born the days were just 6 hours long. While 620 millions of years ago they were 21,9 hours long, until to reach the actual 24 hours of nowadays.

But this process didn’t stop. The days are getting longer of around 1,7 milliseconds every 100 years.

The most dry place of the Earth 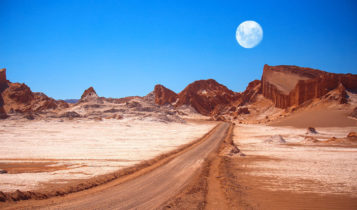 The most dry place of the Earth is the desert of Atacama, in Cile, a cold and inhospitable place, where nothing survive, neither the cyanobacteria.

This forget place didn’t see a drop of rain for more then 400 years, until the 1972, when a sudden storm hit it.

How fast the Earth go?

We know well that the Earth is a moving body but how fast it go? During its rotation around itself it arrives up to the 1600 km/h, while during its revolution around the Sun it reaches the incredible speed of 100.000 km/h.

Too hot and too cold 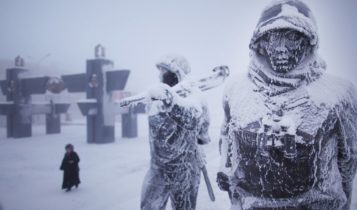 Which are the higher and the lower temperatures of the planet Earth? We are in the village of Oymyakon, in Russia, considered the coldest place of the Earth since the 1926, when the thermometer reached the -60°.

Here live 500 persons, in extreme conditions. Let’s move to the other side of the world, in the Death Valley, where during the summer the temperatures reach the 50°.

The tallest and the shortest 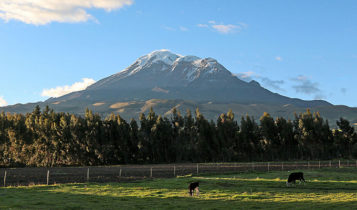 It, infact, leans toward the space of 2,1 km more compared with the Mount Everest. For the shorter point, instead, no surprises. It is obviusly in the Mariana Trench, which reaches the 11.000 meters under the sea level.

Do we really know the planet Earth?

We focus to explore the solar system, to make telescopes ever more powerful, to see ever more far, until to touch the Big Bang, but the truth is that we don’t know neither the planet on which we are walking.

Our beautiful blue and green planet is covered for the 70% by the oceans, but we were able to explore only the 5% of it. Furthermore, it is estimated that on the planet there are until 100 millions of living species, but the humans discovered only 2 millions of them.

100 people on a planet outside the solar system