Is there life in the space?

Since the ancient times the human was wondering about the big mysteries of the universe and the two main questions that he was thinking about are: “is there life in the space and are we alone in the universe?”
Infact considering the latest discoveries that talk about a potentialy infinite universe it is fair to ask ourselves if in a so immensely big space there are other forms of life.
The researches were incredibly extensive and they bring to interesting results.
Let’s try to discover more.

The most interesting results to understand if there is really life in the space came from the mission Keplero of the NASA which has the duty to find out other forms of life.
Let’s start from the assumption that, because there can be life, it is essential that there are planets able to host it and to let it develops.
For this reason it is really important to firstly find this possible planets.
It seems that the most interesting news are about a whole solar system which rotates around a red dwarf called Trappist-1.
It is 39 light years far away from us and so for the moment it is impossible to reach. 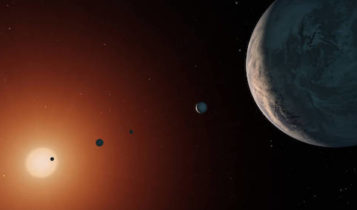 The most interesting thing, though, is that the Trappist-1’s system has 7 planets all of them of the same size of the Earth, 3 of which are surely rocky and 6 of them has a stable temperature between the 0 and the 100 degrees Celsius.
This means that it is really probable that on those planets there is an atmpsphere, the water and consequently the life.
Furthermore we have to say that Trappist-1 is really colder than our Sun and, due to the distance of the planets, it seems that all of them have the possibility to receive the right quantity of light and heat from the star.
A really amazing discovery.

Due to the latest discoveries thanks to Keplero about the research of the life in the space there will be without any doubt some future implications really interesting. The NASA specifically already claimed that to this expedition will follow TESS with new observation’s instruments and more sophisticated equipments.
Furthermore after that will arrive even a super telescope at high definition that with every probability will be able even to photograph the planets showing us finally their real aspect.

The researches brought to really incredible results and, in view of the facts, it seems clear that in the next future the technological progress can bring to ever more beauties.
Actualy obviusly there are time and technologic limits that don’t allow to get closer to those planets but one day who knows if we will be able to get in touch with alien civilizations on planets really similar to our.
In every case it is enough to think that the NASA actually listed 4034 planets like potential alien worlds of which 2335 are classed as planet and 30 has the same size of the Earth.
It results so easily predictable that at least on one of them there is life and that the contact, in every case, it will happen during the next decades.

To confirm what we said there is the wish of the NASA and not only to start new missions to understand if there is really life in the space. In October of this year (2018) will start infact an expedition to track and photograph elements in the space. 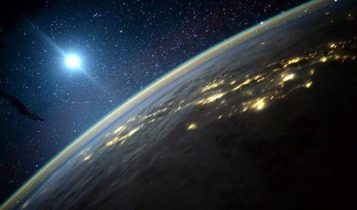 Always during the same month the ESA programmed to launch its mission Solar Orbiter dedicated to the study of the heliosphere and the spacial physic which will allow to understand how the planets and the life developed.

The missions during the next years will be ever more and they will have the main purpose to catch samples for the study in laboratory.

What colours to choose for our own web site