The gambling is without any doubt one the worst “plague” if we want to call it like this, of our age. Ever more people infact throw away their money looking for dreamy income and amounts that will allow them to finally make ends meet.
Unfortunatelly the percentage of the ones that really win something is frightfully close to the zero, in the biggest part of the cases infact they only lost money. But why do the people gambling and in which way this activity evolved as the time goes by? Let’s find out it together.

The main reason that is on the bottom of the exponential spread of the gambling is up to the psychological techniques applied in this sector. The people infact enter in a vicious circle where, weirdly, the only thing that matter is to play.
Attention though: we said play not win. According to some studies infact is been demonstrated that even when they go really close to a victory (which means when they lost less) the active brain’s areas are the same ones than when they win.
Which means that a person that lost few, theoretically, will be equally satisfied and excited compared with one that win. 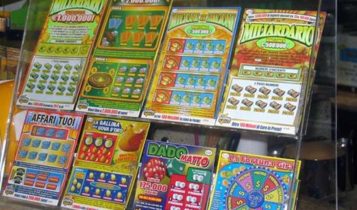 This kind of thecnique is at the base of the Scratch cards, really spread games where the winners numbers are always really close, transmitting to the player the feeling to lost really for a little while and to can be luckier with the next card. Obviusly we just need to do a small research on Google like this one to understand that the victory’s probabilities are really low.

Yes but what does this have to do with the technology and the game’s development? Let’s see the next step.

Immediacy and not physical money

Have you ever wondered for which reason the betting’s websites in the last years reached frightening numbers? Actually the system that is on the base is as easy as clever: the result obviusly is an addiction, even small, that though during over time.
The two elements that make the betting’s websites so popular are the immediacy and the fact to don’t have to touch the betted money.

On every website that allows the gambling we just have to select the events, the games and in general everything on which we would like to bet through few clicks. In this way we have the possibility to straight away access to a whirlwind of possibilities between which there is only “the spoilt for choise”. 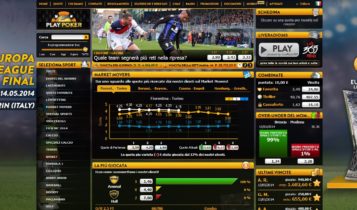 Usually the websites allow to charge our own money really quickly through incredible easy procedures which encourage without any doubt to do it.

Another important element is the fact that we don’t have the felling of the betted money. To better understand  what we said let’s answer to an easy question: will be easier to play important amounts by paying straigth with our physical money or through a quick and painless click?!

What to do to prevent

Like we said the gambling, especially in the age of the technology and of the 4.0 can represent a real danger. According to what we saw infact we add even a phenomenon rapidly growing: the betting’s social pages.
Ever more people dress up as “King of the bettings” or “Wizard of the prognostications” and so on, encouraging the people to play (in exchange for money) on determined sponsored websites.

To try to limit this phenomenon and to avoid to arrive in dire straits we need firstly to understant that the game in the 90% of the cases doesn’t bring to a victory. Furthermore a personal suggest is the one to try to limit the technology for those purposes.

Get out from this psychological process that brings to bet through just a click can be really useful. Obviusly this is true for every other gambling like can be for example the poker, the slot machines, etc.