Sonic the Hedgehog: a restyling forced by the fans?

By Lorenzo Carbone On 16 May, 2019
The new Sonic
Condividi

Everyone know Sonic, the supersonic hedgehod, emblem of the Software House SEGA and of the whole generations of videogamers. This figure became such famous that the Paramount Pictures decided to produce a movie, that let’s  talk a lot about it and not always positively.

Sonic, the birth of a blue hedgehod

Sonic the Hedgehod was born in the 1991, when the SEGA, decided to create a mascotte which was able to compete with the charismatic Mario by the competitor Nintendo.

The creature created by the developers Naoto Ōshima, Hirokazu Yasuhara and Yūji Naka, was shortly able to catch the hearth of young and old. 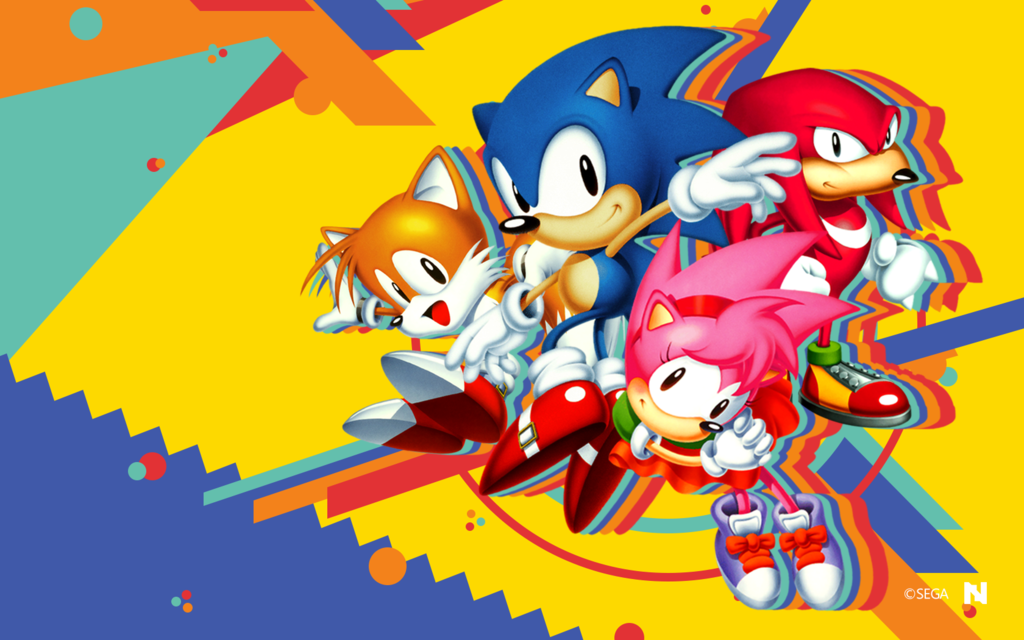 Sonic is a full blue anthropomorphic that lives on the planet Mobius (an alternative version of the Earth) that found the mythological “Speed shoes” which allow him to reach higher speeds than the sound one.

His main catchphrases are“Long time no see!” or “Those who do not die see each other again!”, phrases that he often says to his friends, like the two tails fox Miles “Tails” Prower and the echidna Knuckles or to his enemy, the evil Dr. Eggman, who would like to conquer the world with its troops of robots and killing machines called Badnik.

The first Sonic for Mega Drive

The first chapter of the blue hedgehod’s saga was born the 23rd June of the 1991 when it was released for the console SEGA Mega Drive “Sonic the Hedgehog“, the first chapeter of a saga that will change the world of the platform’s games forever.

A colourful and vibrant graphic, surrounded by a joyful music at 16 bit which remained in mind, a frenetic gameplay but never frustating, battles against the terrible Robotnik which were epic and never annoying, insiduos tricks and cliffs which brought to a certain death.

All of it made Sonic a jewel of the first ’90s, which is still remembered with nostalgy by who had the luck to play with the leggendary console SEGA

The evolution of the speed

SEGA, while understanding to have created something incredible, decided to use the brand of the friendly blue hedgehod as much as possible, by releasing the year after “Sonic 2” where appeared for the first time Tails, and the possibility to play in two (one controls the blue hedgehod, the other the two tails fox). In the 1994 they released “Sonic 3” and its expansion “Sonic and Knuckles“.

During the years the japanese company produced a huge number of products linked to the one that’s been called “the Anti-Mario“. Between those we can find

The birth of the movie

Sonic was  a global phenomenon, it was only about time before that someone would decide to created a movie dedicated to the mascotte SEGA. An idea that many wanted to realize, but that for some reason it always fell down in an abyss.

Until the arrive of the Paramount Pictures, which the 10th of December of the 2018 released the first poster of the movie which will arrive in Italy the 21st November of this year. Sonic will be made in computer graphic, while the amazing actor Jim Carrey will play the evil Eggman.

The critics about Sonic’s aspect

The images speak clear, our blue loved is been radically changed, by giving him a much more human aspect compared to the one that he always had.

He has much more hair, the eyes are separated and he has a body type and a posture much more similar to the human standards. All of it made the biggest part of the fans of the most famous and fast hedgehod of the world angry, asking laudly a restyling of the protagonist.

The Hashtag #GottaFixFast will change Sonic

Like we said before, the Web’s people didn’t like the new look of the mascotte SEGA, for this reason it was created a hashtag to protest.

#GottaFixFast, this is the name of the protest anti-new Sonic, it’s largly spreaded in the nerd environments, by reaching even the ears of the Paramounts Picture. Jeff Fowler, executive producer of the movie, decided to listen the web’s population, by writing on Twitter.

Thanks to your support and to your critics. The message was loud and clear… your aren’t happy about the design and you would like some changes. It will surely happen. All of us in Paramount and SEGA are working on this figure and we will make it as BEST as possible… #sonicmovie #gottafixfast

Sonic the Hedgehog still has all the possibility to become a great movie, surely not on the levels of “Detective Pikachu“, but I’m sure it will give us big satisfying, thanks to the presence of the cinema’s giant Jim Carrey.

Creative Assembly the first impressions about the Total War serie