Let’s keep our trip between the bect science-fiction tv series with the part two of our legaue. You can read the part one by clicking HERE. 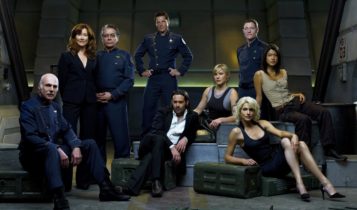 The original TV series was released in the 1978 and it was followed by a short sequel in the 1980. In the 2003 then it’s been developed a short remake of the series, that, experiencing a quite success, was followed by a TV series aired until the 2009. In the 2010, finally, is been shown the prequel Caprica. The Battlestar Galactica‘s world is placed in a remote area of our galaxy, on some planets called the Twelve colonies, where a human population lives. The Twelve Colonies’ humans are in war against the Cyclone kingdom, which purpose is to destroy the human race. 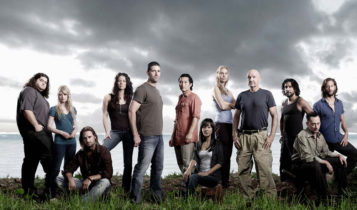 Lost is an american TV series that the gendre’s lovers can’t not know. It is been aired between the 2004 and the 2010 and it tells the events of a group of survivors of the Flight 815 of the Oceanic Airlines, crashed on an island apparently desert. Besides to find a way to survive, the 48 survivors will have to deal even with many challanges, between the other island’s citiziens “The others” and inexplicable phenomenons, keeping the viewers with bated breath until the last episode. The series had a huge success, becoming the 27th best wrote tv series in the whole television’s history, according to the Writer Guild of America. Lost received a Golden Globe and three Emmi, becoming part of the popular culture. Infact, we find references to the series in many movies, like “Mission Impossible”, tv series, like “Grey’s Anatomy”, “NCSI” and “How I Met Your Mother”, romances, like “The Dome” by Stephen King, videogames, like “Call of Duty“ and “Fall out”, etc. In Italy to honor the tv series became a cult was Max Pezzali with the song “Torno subito”. 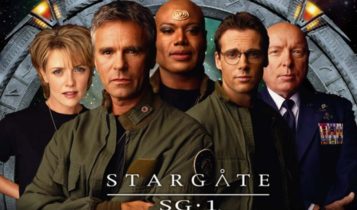 The Stargate SG-1 tv series aired between the 1997 and the 2007 is based on the movie Stargate of the 1994. The creators, starting from the movie, were able to create a whole universe, populated by many races that share the universe’s control. The tv series starts around a year after the events told by the movie and it tells the stories of the team SG-1 of the Stargate command. Of the Stargate universe were then released other two movies, “Stargate: the ark of the truth” and “Stargate: Continuum”, a spin-off TV series “Stargate Atlantis” and other two series, “Stargate Universe” and “Stargate Infinity”, even if the last one is not considered part of the Stargate’s universe. 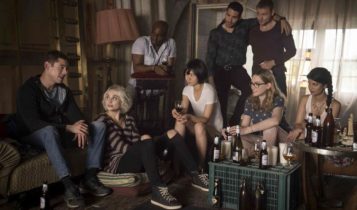 Sense8, american series, released for the first time in the 2015, counts only two seasons, because in the 2017 it was definetelly cancelled. By the way after the fans’ complaints the last 8th of June is been aired a conclusive episode 150 minutes long. The tv series tells the stories of eight guys spread around the world, apperently different between them for culture, religion and sexual orientation, that discovered to be telepathically linked, because they are sensate. The sensate are, infact, a small group of people that developed a strong mental connection and a high level of empathy, which will have to deal not only with this their new nature but even with who is looking for them to use their abilities. 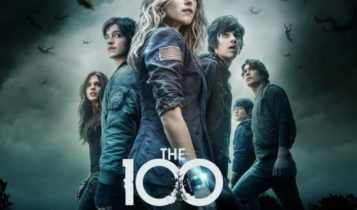 The 100 is an american TV series released in the 2014 and actually in production. At the moment is ongoing the fifth season that will finish in August 2018 in America and it will land in Italy in September. The tv series take place hundred years after a nuclear apocalypse that wiped out the humanity from the planet Earth. The last survivors live in the Ark, community created after the disaster that saw come together the orbitant spacial station in an unique big colony clungs to the terrestrial atmosphere, with the purpose to avoid the extinction of the human race. After hundred years this community is in crisis and to survive the human race has to come back on the planet. To discover if the planet is now livable again they send 100 teenagers, Ark’s prisoners, on the ground. Here they will discover that everything that they believed was wrong and that maybe they weren’t the only hope for the human race.