The science seems to be arrived to the conclusion that travel through the time isn’t any more science-fiction but reality. Fold the continuum space-time and travel back and forward is possible for the math, but the technology puts a stop and confines the time travels one more time in the science fiction. But maybe one day we will have the technology that we need to travel through the time, on board of a futuristic De Lorean.

But what would lead travel through the time? We will open an infinite serie of issues and scientific paradoxes that even by stopping all the life to think and to elaborate we won’t arrive to any conclusion. But the filmography and the literature is full of examples of travellers of the time, more or less lucky, and many of those theories aren’t baseless but are the result of careful scientific researches about the continuum.

The vision of the “time” in the time

The classic physic said that the time is literally “the flow of the events”, a straight line where we can go only in one direction, immutable and random. At the beginning of the twenty century this classic figure of the immutable time was turned upside down by the theory of relativity of Einsten, which drawn the time not any more like a straight line, but like a four-dimensional plan, where there isn’t any more the space or the time, but the space-time.

The time became a relative concept, my past, present and future is relative and doesn’t match with the one of someone else. We could say that from an outside observer, a God if we would like to believe that he exists, the past, the present and the future times, matches. In the space time every person can affirm that one very moment is the present, in every age he is.

According to Hawking it exists a kind of “cosmic censure” which forbides us to change the past. This censure will work in the case I, time traveller, will decide to come back to the moment when I left for a time travel and I will stop me to travel through the time, but to do it I must anyway left for a time travel. It is an incredible paradox, a vicious cycle unmatched, and it is for this reason that the “cosmic censure” will forbide me to change this kind of event.

Why did we never see any time travellers? 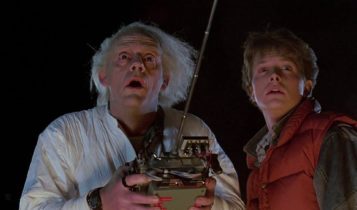 If the time travels will be in a future (a relative future, from the point of view of our present) invented, why did no one of us never find a time traveller?

Maybe, even though the science says that theoretically the time travels are possible, in reality the human technology will never arrive to really create them. Maybe we will invent them but they will be soon regulated and forbidden, to avoid to change the human’s history. Maybe the one that we consider our past is been already changed but we don’t have any memory of it. Or maybe every time that the past is changed we open a new time-line and so who knows on which one of them we are now.

If I come back in the time and I change the past, what will happen to the future where I come from? Does it disappear from the continuum space-time like nothing happened? It is hard to believe that a time traveller can let vanished years and years of history. And if it is like that what will happen to all of this matter?

Nothing is created and nothing is destroyed, everything is transformed

The matter can’t just disappear, the science teaches us that everything that we see, we touch, we breath in the whole universe is the same matter that exists since the Big Bang, even ourselves are made by stars dazzle. And so if those matter can’t just disappear the most logical solution is that we create a new time-line, a new whole future to write.

In the time and in the space 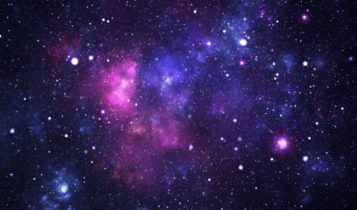 A really serious issue about the time travels, that often is forgotten, is where we will arrive. We decide to travel back in the time of thirty years, we exactly know the moment when we will arrive, the day, the month, the year and even the hour, but where will we arrive?

It isn’t enough to calculate the point on the Earth where arrive, because we don’t have to forget that we aren’t on a stuck body, the Earth moves, it rotates around the Sun, but this isn’t still enough, the Solar System moves, the Milky Way and even the whole Universe is continually expanding.

And so on paradoxes, but what will happen if I will kill my grandfather? Or if I would like to kill Hitler how will evolve the human’s history? Questions that maybe even with the time travels’ invention won’t find an answer.