The longest experiment in the history started: it will be 500 years long

More than one time have been suggested experimentations that went far beyond the human life time. Generations and generations of scientists that cooperate and that will cooperate in the years for an unique experiment: giving life to something of which you’ll never see the end.

The idea of Ralf Moller, microbiologist of the German Aerospace Center, is probably the longest experiment ever thought.

The experiment came to life in the 2014 and it will end in the 2514, meanwhile were recentely collected the first informations.

Whole generations of scientists will test the capacity of the bacterial spores to resist to the stress of external solicitations and to course of time.

The sleeping cell forms of the spores are able to survive to extreme conditions. The scientist wants to know how their DNA changes as answer to the stress conditions. 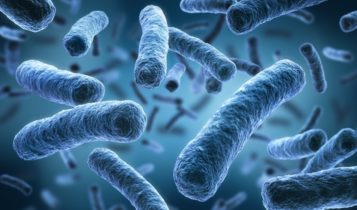 The idea arrived to Moller when his coworker Charles Cockell forgot for ten years a pod with inside bacterial spores of the Chroococcidiopsis, which were still alive.

Tha ability of the bacteria to survive without limites of stress and time are incredible. But the one of the oversight isn’t only a small isolated case.

Once were found still alive bacteria inside 118 years old cans of meat, but even inside amber and salt crystals. Finally, we are living in those years a phenomenon that is bringing back to light centuries old bacteria, the ones inside the artic permafrost which is melting.

All of it remember us that we have to leave the human concept to understand that the life might have thousands shapes and facets and that it isn’t always limited as the human one.

Right Moller, infact, remembered during an interview: “The life isn’t limited to the human standards”. 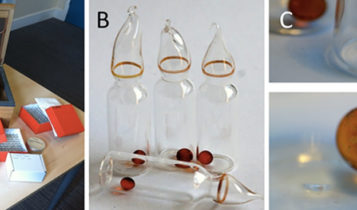 The vials which contain the spores were placed in a box and sealed in the 2014. They will be examined in the years until the last ones in the 2514.

The spores are in the University of Edimburgo, in Scotlands. The vials are 800, in glass and hermetically sealed, and they collect spores of the bacteria Chroococcidipsis and of the Bacillus subtilis.

Half of them are protected and shielded by a sheet of lead to avoid to radiations and solar rays to reach them.

The other half will be exposed to extreme conditions: heat, umidity, X rays, UV rays, hydrogen peroxide, etc. Every two years, for the first 24 years, the pods will be opened.

After that it will happen every 25 years until the end of the experiment.

How can we pass on the experiment for 500 years?

Obviusly the generational turnover may not be a problem, if the scientists’ generations that follow each other during the years, coexist for a determined period of time.

But, to avoid, that anything about the initial project being lost measures have been already taken. The instructions about how proceed during the experiment were printed on paper and saved on a flash drive.

Both copies are stored in the University of Edimburgo. But we are not sure about how the humanity will evolve in the next five centuries and about how the data storage modes will change.

For this reason between the instructions to follow there is even the one to copy the informations every 25 years, upgrading so continuosly the method of storage to not risk that the support will be too much outdated.

30 June 2514, this is the date where, if everything goes well, the longest experiment of the world will see the end.

A generation still fully unknown of scientists will end an experiment started in the one that for them will be an ancient age to understand how the bacteria evolved in the time.

None can really know if the experiment will have an end. What can happen from here to 500 years? How will the human race evolve?

It’s enough to think that 500 years ago the modern science didn’t exist yet, that the press were just invented, the America just discovered and that Magellano didn’t circumnavigate the planet yet.

The best women in the science

Did you know that the Magnetic North Pole is moving?