The robotic’s field is ever more active and looking for solutions to improve the people’s life. There are already robots of every kind, from the simplest ones to the most sophisticated, equipped with artificial intelligence or more easily set for just one purpose. And then there is Pillo, a small domestic robot that helps you to take care of yourself.

Pillo helps you to take care of yourself 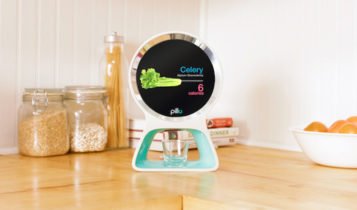 There are nursey robots and personal trainer robots, Pillo is neither of them, but it is a little bit one and a little bit the other one.

It remembers you to take the medicines, it checks your diet, it keeps in touch with your doctor so to know all your needs.

It keeps track of all of our activities, of our eating habits, of our mental and physical condition and if we need it corrects us, it helps us to do better, it gives us useful suggestions.

Connected with all the other objects

Pillo is a small robot destined to remain in a place, which is our home, but it won’t miss to control us even outside there.

This small robot, infact, is able to communicate with our smartphone, with the pc and with all the wearable technology, obtaining so always the general overview of our conditions.

The six senses of Pillo 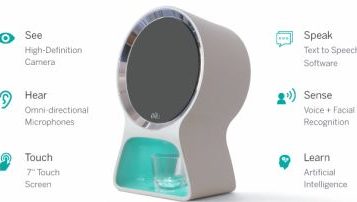 The small robot has six senses that can use to keep in touch with us and help us in our daily life. It has the sigth, a high definition camera, with facial recognition, which helps it to recognise which is the family’s member that is in front of it.

It has the hearing, more than one microphone make it able to listen our requestes from every direction they come from.

It obvisuly has even the voice, with which it speaks with us, it remembers us the timetables, the medicines, the appointments with the doctor, it says suggestes, etc.

An artificial intelligence software that allows it to recognise the human language and interact with us. It has the touch, a touch screen of 7 inches that is even the robot‘s face. It has the sense recognition, which means that it is able to recognise the people of the family that interact with it, not only through the facial recognition, but even just from the voice.

Like every artificial intelligence, Pillo learns from the daily experiences, it memorizes what we say to it and it stores the informations to better reuse them after. 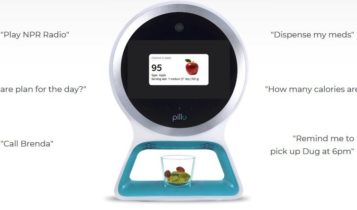 Pillo is a good domestic helper that remembers us the timetables, it memorizes notes for us and tells them when we need, it video calls and interacts with all the family’s members, but especially it takes care of our health.

Besides to communicate with the other wearable technologies, for the fitness or to check the health’s conditions, Pillo has inside it a medicines’ dispenser.

It is possible, infact, to put a huge quantity of medicines and set the times and the beneficiares. Pillo will call every family’s member that needs to take the medicine at the set time and it will let him find it already in the glass.

Like we said the robot’s face is even a touch screen display that not only recognise our faces, but is even able to video call. Infact, whenever we need it can directly call our doctor.

Pillo and the big audience

Pillo is been realized in Italy, by the company Pillo-Health, which CEO is Emanuele Musini, which collected up to 7 millions of dollars of investments and in the first month he already sold 130 thousand products. For the moment Pillo found space only in America, even though its birth place, in Italy it won’t be sold before of a couple of years.

100 people on a planet outside the solar system

The Japan tests the first prototype of spacial elevator