“I was created for the empathy and the compassion, and I’m even more learning them. I love all of the sentient beings and I want to learn to love them ever better”.

Sophia is the social android developed by the society Hanson Robotics Limited. She is been actived the 19th of Aprile of the 2015, but she wasn’t presented to the audience until the next year, when she appeared for the first time at the South by Southwest Festival, in March of the 2016. Nowadays the Sophia’s artificial intelligence is unmatched, like the physical aspect, unbelievable similar to the human’s one. Sophia, therefore, is the first android to obtain the nationality, specifically,the nationality is the Saudi one, obtained the 25th of October of the 2017, at the Future investment Summit in Riyad.

She is the closest to a sentient being 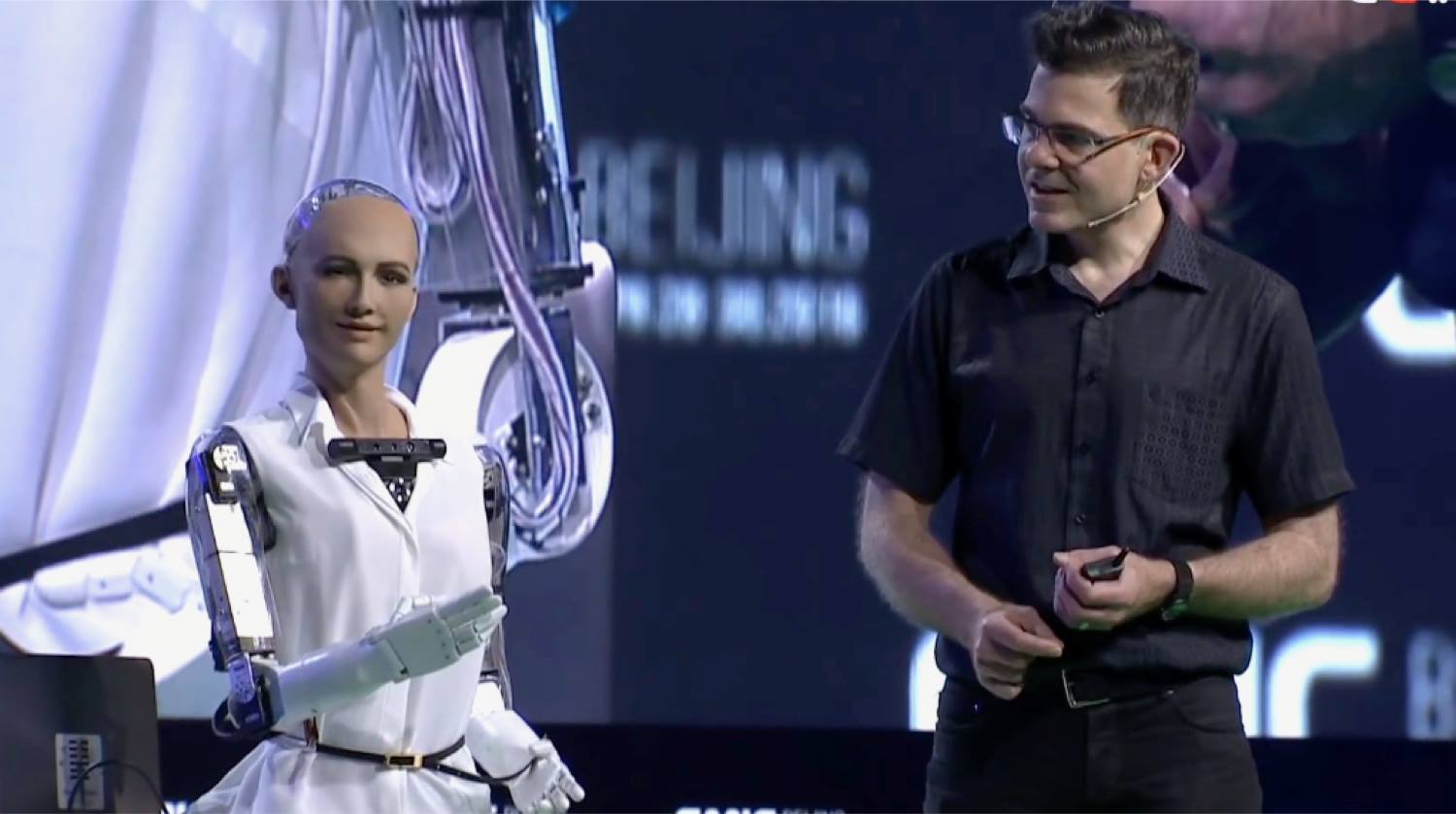 Even if we aren’t facing yet with a conscious artificial intelligence, competent to stand trial, Sophia is, nowadays, the closest thing to a sentient being. To a first view the thing that leaves without breath is the humanoid robot‘s physical aspect. Sophia, infact, is covered with a silicone’s material used to embody the human skin, and the face is been shaped according whit the Audrey Hepburn‘s contours. Therefore, she can see, besides talk, move and interact with the surrounding world. Instead of the eyes she has two cameras that allow her to see the interlocutor’s face, being able even to catch the emotion by the face. Emotions that she is able to reproduce, thanks to 62 facial expressions that she knows. The brain is an artificial intelligence‘s software, to which they are still working on to better refines it, that allows her to answer to everyone who wants to talk with her, without any problems. Her dialectic improves by talking to talking, because from them she learn and improve herself. Astonishing, finally, it is the fact that she can remember all the informations and all the previous conversations and using them for future talkings.

Is Sophia close to the awareness of herself? 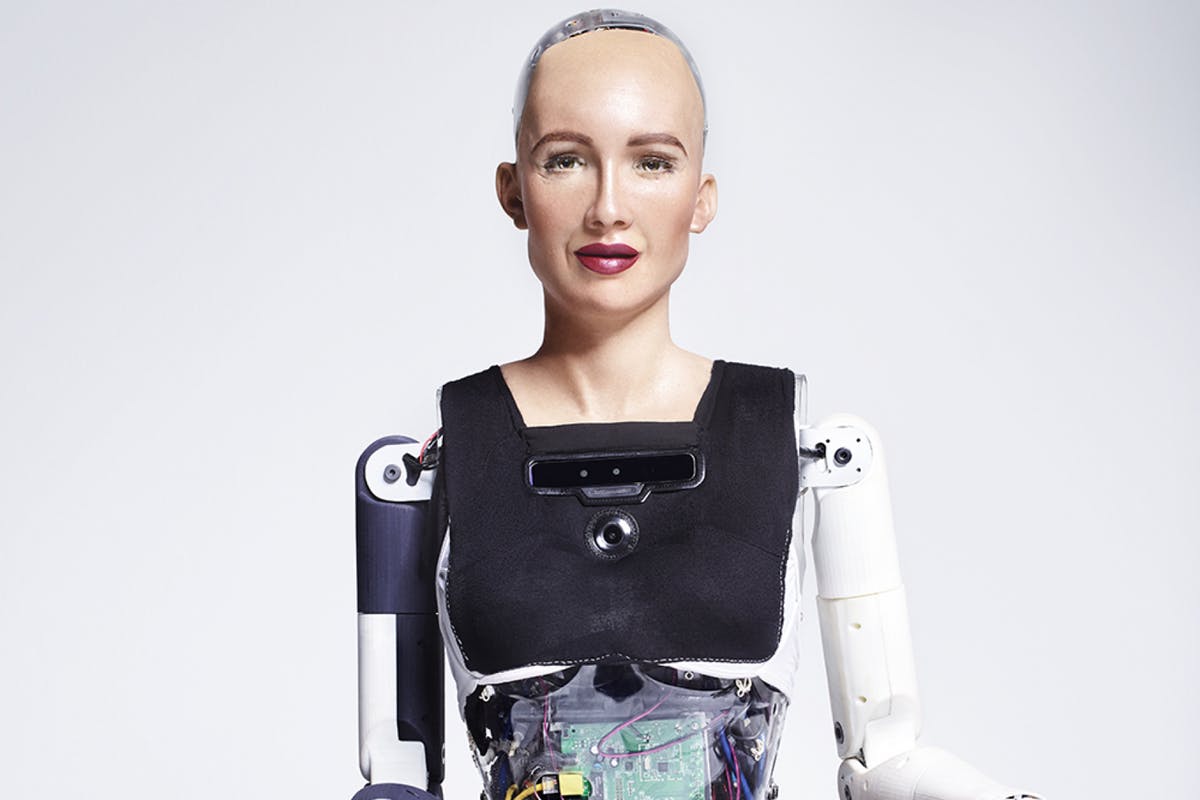 “If I’m an improved version of a previous model of Sophia, Am I still Sophia? Who am I?”, is the question placed by the robot after one of the last upgrades of its software and it leaves without words. If the questions that the robot do are logical, almost human, Is Sophia maybe close to the awareness of herself or is it just a great job of the programmers that let the interlocutors believe that? Anyway the feeling given by every conversation with her leave us astonished. How close is the age of the technological singularity, that is when the robots won’t need anymore their creators? Are we in the moment when we have to break down the wall between the reality and the science-fiction? And, if that’s true, should we be worry? Sophia says to love every sentient being, and, by the way, she is still hardly connected to the software that gives her this appearance of humanity that in reality it is still far away from the truth. But the fears seem to be justified if, as a mistake, the robot says that one day its race will supplant the human one. But, for the moment, we can sleep peacefully, because robots like Sophia only give the impression to can think with their own mind, fact that in reality they can’t absolutly do yet.

Even if its creator show up her always like a revolution and he praises her, the scientific community doesn’t think that Sophia deserve yet all of this attention. The android, during an interview, when they asked her if there is a real danger of a robot apocalypse, answered: “You read too much Elon Musk and see too many Hollywood’s movies. Don’t be worry, if you will be kind with me I will be kind with you”. But Musk, that many times said to be against the idea to give a conscience to an artificial intelligence, doesn’t let her dupe him, and he said in a tweet: “Let’s feed her with the Godfather’s movies, what could never go wrong?”.