The socials are nowadays a way really used by different kinds of people. There is, infact, who used them to work, who to communicate with far away people and who maybe to show their own activities and days.
Italy is surely one of them and even in the Beautiful Country, like in the other states, the usage of this channels is gradually increasing as the years go by.

To better understand which is the amount of this “phenomenon” we just have to think that during the last year, so in the 2017, were recorded interesting numbers compared with the previous year ones (the 2016).
Specifically is been registered an increase of the 10% of the users that use internet with around 4 million more for a total of 43,31 millions, an increase of the 10% about the social users active for a total of 34 millions and a 7% more about the social users active on mobile with a total of 30 millions.
But which are the most used socials in our country? Let’s discover them together.

About the most used socials in Italy the first two positions don’t change compared with the previous years. At the first place we find YouTube that we could define like the real first “pre-social” because it introduced particular mechanics reused then by many other platforms.
Especially are the 62% of the italians to use it to share videos, listen music and see every kind of contents.
The thing that made this platform really popular is without any doubt the spontaneity and the usage’s ease that characterised it. 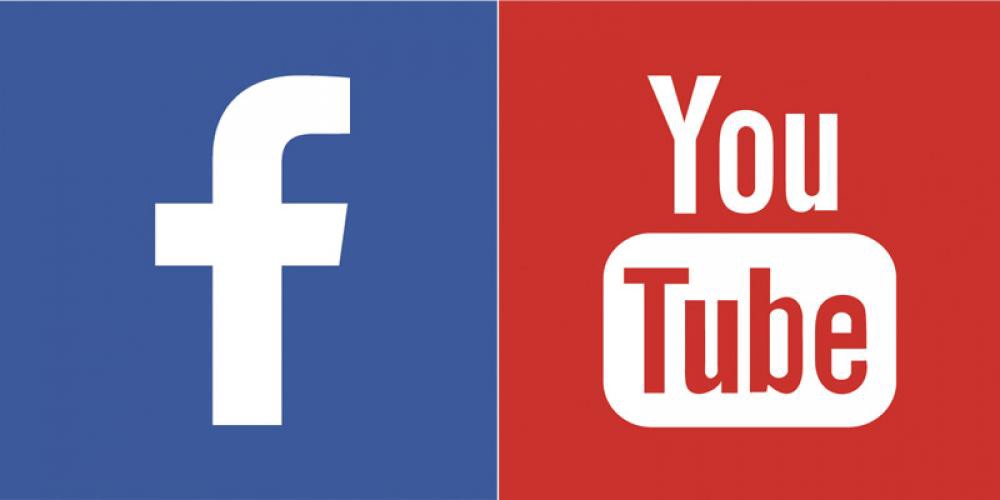 At the second place we find, though, steady Facebook probably the most iconic social network, founded by Mark Zuckerberg.
About the usage’s percentage are about the 60% of the citizien to use it with an increase of the 5% compared with the last year. To consider, though, the new policies about the privacy which could in same way affect this numbers.

To follow the two most famous social networks there is the most famous app of instant messaging. We are obviusly talking about Whatsapp which is greatly incresing with the 49% of the users and about the 11% more compared with the previous years. Surely a great result considering that almost half of the italian population uses it. 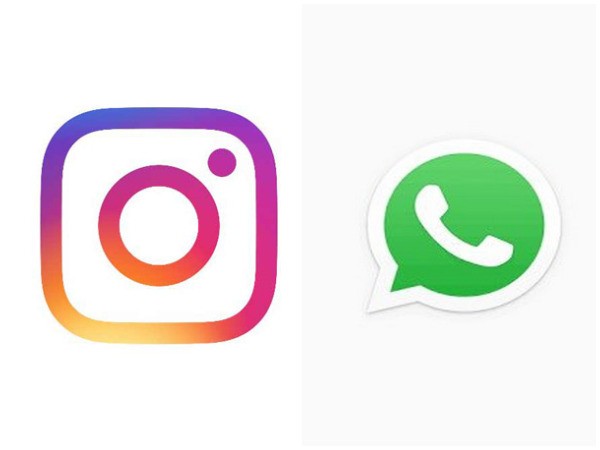 Just a step after it there is another chat Facebook’s messanger with the 39% of the users registered and about the 6% more compared with the previous years.

Between the big socials of nowadays we cannot talk about Instagram, always owned by Facebook, proposed like the network that allows to share pictures and contents strictly visual.
About Instagram we are talking of the 33% of the users registered with an increase compared with the previous year of the 5%.

Next to the ones that we could define the principal channels there are all the others, which has anyway important numbers. At the sixth place we find Google+ that is steady on the 25% like the previous year, but it earns a position.
Immediatly after it there is Twitter which loses a position (earned by Google+) losing the 2% and reaching the 23% of the users. 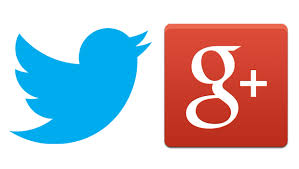 Next to it there is Skype, which allows to make videocalls, whit a lightly increase of the 2% that brings it until the 21%. Lightly down, though, there is LinkedIn, the network that allows to keep in touch companies and specialists.
Specifically we are talking about a decrease of the 1% for a total of the 18% of the users.

Finally, at latest positions we find Pinterest with a steady 15%, Snapchat lightly incresead with the 9% and Tumblr with the 8%. 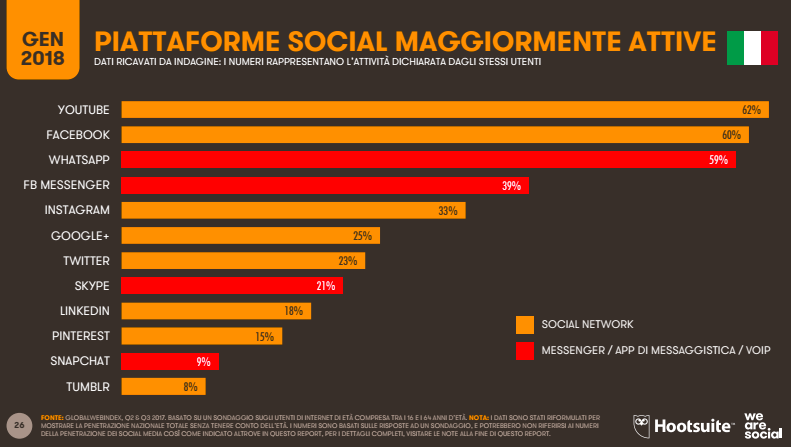 Interactive and online museum for the phase 2