The latest new that arrives from the creator of the most famous social network, Facebook, is the wish to integrate between them all his most famous applications of messaging: Facebook Messenger, Instagram and Whatsapp.

All the applications of the Facebook family will remain on separate platforms, but they will be connected by an underneath messaging’s infrastructure.

According to what claimed by the New York Times, with this move, Zuckerberg wants to encourage the partecipation of the users and to bring into the socials more advertising and commercial opportunities.

But the new already brought discontents inside the same company. 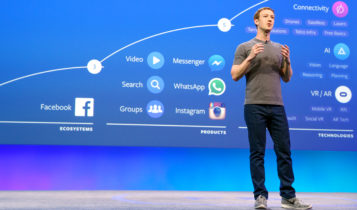 Let’s firstly start by making a small rundown of what was the story of the King of the Socials, because, after created the one that became the ultimate social network, Zuckerberg extinguished the competitors, by buying them.

Zuckerberg founded Facebook in the 2004, in the campus of Harvard, when he was only 20 years old. One of the most important companies in the world saw the light almost as a game.

The Harvard’s Social Network expanded itself in other eight american universities, already few months after its creation, but Mark and his friends, that worked in the campus’ dormitory, didn’t have an office, before the summer.

Already that summer many companies offered interesting amounts to buy Facebook, which were, obviusly, rejected. In the 2010 Facebook reached 500 thousand users. At the moment the users are around the 2 billions and half.

In the 2011 arrived the messaging service of the social: Messenger. He, then, buys Instagram in the 2012. In the 2014 he buys the one that at the moment is the most famous messaging’s app: Whatsapp, which users touch the 2 billions.

Why do unify the applications?

Zuckerberg seems to be really determined and motivated to complete the unification of his applications, so much so that already took place many meetings with the staff about this topic.

The union would bring the user to communicate between the platforms, but the work is not so easy.

If we own, for example, only the application Whatsapp, the integration will allow us to interact with the other platforms and to send a message to a Messenger user.

All the applications will have the end-to-end encryption for the messaging’s apps.

The idea is the one to create an unique mode to communicate for the platforms, which is indecipherable by third parties. Everything was defined by the company: “quick, easy, reliable and private experiences of messaging”.

All of it will increase the involvement of private users and companies. The thing to communicate freely between the platforms will really give to the social world something more.

Zuckerberg claims to want to complete the project until the 2020, even if his wish may be the one to ending it already until the end of this year. First of all, though, he might solve the disagreements risen inside his own company.

Why does not everyone agree?

Like we said many collaborators of the Facebook’s CEO disagree with the unification of the social networks, but what’s the reason?

Let’s start from the technical problems: it’s absolutely not easy to realize the Mark Zuckerberg’s project.

The applications created or bought by him became during the year real colossus, which count up to 2 billions of users each one. They are absolutely not easy to manage, even taken individually.

Numbers that are sharply increasing. Only in the 2018, the applications of the Facebook family registered 2 further billions of download.

According to many the integration arises many doubts even from the privacy’s point of view. A question that must not be taken lightly, considered the previous facts that brought the company in a bad light.

Finally, it seems that right this last project signed the decision of Jan Koum and Brian Acton, founders of Whatsapp, and Kevin Systrom and Mike Krieger, founders of Instagram, to leave the company.

The integration reneges, infact, the deals taken at the moment of the companies’ takeover.

At that time, infact, Zuckerberg promised a high autonomy to the companies incorporated under the big family of Facebook, but this last move, seems generated by the wish to fully control his empire.

A declaration of Systrom, lets see much more the disagreements inside the company: “No one never leave a job because everything is awesome”.

Is it worth to stir up a situation already fragile for the integration, whatever the reasons that pushed Zuckerberg to want to realize the project are and if this will ever be done?

Will the technology bring to the third world war?

Instagram will improve the Swipe Up, what will change?

Voice messages speeded up on Whatsapp