Zuckerberg presents Wand, a device that reads the brain

It is Wand the small Wi-Fi device ables to read the brain, realized by a group of researchers of the university of Berkley and of the start-up Cortera.

The researchers, financied by the private foundation of Mark Zuckerberg and the wife, Priscilla Chan, already made the first tests on some monkeys and they are working for an ambitious purpose, the one to cure all the diseases of the world in a generation life-time. 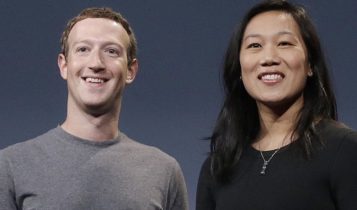 The one of the neural prosthesis is a sector that opens creepy scenarios. The same idea of a device ables to move a human beings, there where the disease makes it impossible, leaves us astonishing and baffled.

Many remember science-fiction scenarios where is a third hand, external, to move a human being. If those devices were hackerable, for example, third parties should manipulate it remotely.

Other important projects, financied by Elon Musk and by the same Zuckerberg, are focused to command a computer with the brain. While, many prosthesis, already existing and working, are able to use the nerve impulses to move a bionic arm.

Wand, instead, is different from all the others created or theorized.

The device of the Zuckerberg’s team 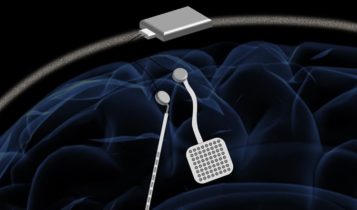 Wand and the relative experiments were reported by the Nature Biomedical Engineering, and described as a “neuro pacemaker”. The device, infact, should be able to read the brain and to understand when something is going wrong, acting, behaviour analogue to a pacemaker.

It isn’t the first time that a team of researchers try to interact so deaply with the human brain, but every other experiment forced the patients to use bulky equipments which took them confined in a room.

The device of the Zuckerberg‘s team, instead, is basically invisible and imperceptible.

Wand is a really small device of 3 centimeters, cylindrical shaped, implanted in the skull of a person (for now only of a macaque). A serie of microelectrodes register the neural activity in 128 different points, transmitting, then, the collected datas, to an external unity (computer).

The activity of neural reading, which can be easily made even with external equipments, is only the beginning.

The device is able to directly retro act, with stimulations focused to suppress or to change specific impulses that run along the neural network of every human beings, included the human.

The team of bioengineers and neuro scientists, financied by Zuckerberg, that includes members of the university of Berkley and of the start up Cortera, led by Rikky Muller.

Rikky, researcher of the university and co-founder of the start up, was even inserted by the MIT in the list of the scientists under 35 most promising.

“This device can be really innovative, because the subject is fully free to move and the machine can autonomously understand when and how interfere with the movements.

It could have once applications for a serie of diseases that affect the movements, included traumas to the backbone and the epilepsy”, says the Muller.

The first experiment was a success. The test involved a nine years old macaque, to which was implanted the device. The monkey had to move a joystick to obtain a reward, action that he already made many times.

But from to stop a movement of a monkey to cure all the diseases we need much more, which are so the practical applications? Let’s assume to have to interact with two patients, one affected by Parkinson and the other one by Epilepsy.

In the first case there is rigidity, while in the second one spasms and quick and sprawling movements. The device can be programmed to understand which areas of the brain are activated in that specific moment and to correct the sudden moves of the disease with parameters much more“normal”.

The problem arised, that now affects many technological sectors, is the one of the privacy. Health visitors and technical should have, infact, full access to the neural network of the patient.

Without calculate the risk, like we said, of hacking. For this reason they thought to introduce new rights to regulate the interior life of the people.

The team and the same Zuckerberg, are anyway, proud, of them device, that for the moment results to be the best and the most promising of its kind, and hopeful that one day it can correct all the current diseases.

Chang’e-4 lands on the dark side of the Moon