By Veronica Perotto On 21 Aug, 2018
connect the world
Condividi

What many think was the bane for others is the progress, the changing, the way to make the world not any more a strange and unknown place but our home. Look beyond the geographical boundaries and find out that what happens in the other side of the world is just a click away, it is the first step to understand that the one where we walk every day is one and only planet. Internet, the social networks and all the progresses of the last twenty years brought to an increased awareness and if from one side there is always who wants to take advantages from the situation, from the other there is who opened the eyes and understood that the one that he considered his world in reality was just a small portion of what he could really have. Nowadays Facebook counts more than two billions of users, WhatsApp 1,5 billions, Mark Zuckerberg seems to have been able to connect the whole world, but is that enough? It seems that the answer is no. The Zuckerberg’s purpose is now to connect the remainder 5 billions and more of people.

“By giving people the power to share, we are making the world more transparent” – Mark Zuckerberg 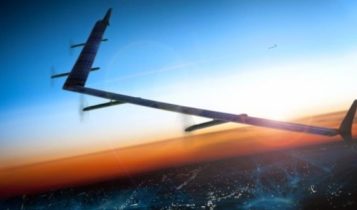 The first plan of the Zuckerberg’s company, Facebook, to connect the whole world was the project Aquila. The project Aquila provided the usage of special solar energy drones to bring internet until the remotest areas of the world. A project without any doubt innovative but that, unfortunatelly, wasn’t able to arise. The society, infact, had to write the word end on the project, which had still too many problems. But the dream to connect the world pushed Zuckerberg to don’t give up at the first adversity and he gave life to a second project, Athena, with the help of many other companies, between which AirBus. 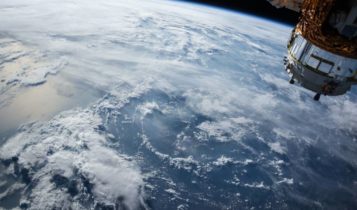 The project Athena resize a bit the original idea, remembering to Zuckerberg that we are still in the 2018 and the technology still have to take its course. The new project temporarily put the solar energy drones aside, even if they are really innovative, choosing some more affordable satellites. A satellite network of this kind will be able, infact, to give an internet connection to all the areas of the world where there isn’t access to the broadband. It is estimated that around half of the planet is without internet connection and that, at the moment, the only way to give a connection to those people is through the usage of those special satellites. Even though the project isn’t official yet, the society tried, already in the 2016, to connect a portion of Africa through a satellite of the project Athena. This though is been lost during the launch.

It seems, though, that Zuckerberg has to deal with the competitors. He, infact, isn’t the only one to want to connect the whole world. The global population is now of almost 8 billions of people and of them only around 4 billions have the possibility to access internet. In the informatic and technologic world, the one to connect the other half of the world cut off, isn’t any more only a dream but a challenge. Besides Facebook, infact, we find other big names focused on the target. Alphabet is successfully working to the project Loon, which uses weather balloons able to bring internet in the rural areas. Furthermore, even SpaceX, the Elon Musk’s space agency, is working to a project similar to the Zuckerberg’s one, using to do it some satellites, which should be already launched in orbit. Those two, which already had some discrepancies in the past, are now following the same purposes. We will just need to see who will be the first one to realize them.

Satellites and artificial intelligence against the plastic in the oceans