“Virtual reality will be a super drug”, those are the words of Steven Spielberg during the promotion campaign for Ready Player One. And it is only few months after the release of the movie that let the world knows the virutal reality that in our homes it really arrives the first virtual world: Staramba.

“Staramba is a virtual world with all the best parts of the real world”.

The countdown started, in less than one week, the 20th of June, the Staramba’s ecosystem, the first world in virtual reality, opens its doors to the audience. 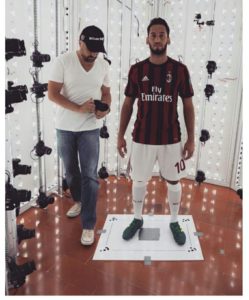 Staramba is a company founded only in the 2014, in Germany, when it started with its innovative technology scanning and realizing 3D avatars, identical to the original, with the purpose to create a database of virtual celebrities. The next year, in the 2015, the first celebrities started to join the project, like the football’s teams of the FC Bayer, Arsenal and Juventus. In the 2016, instead, it crosses the ocean, landing in the United States where it receives the support of many. During this year other celebrities in the sport’s world join it, letting Staramba scan themselves and create their own virtual avatar, they are the football players of the NFLPA and the wrestlers of the WWE. The 2017 is the year when the project starts to really take shape, other celebrities become 3D avatars of the virtual world of Staramba, this time there aren’t only sports, but even Pope Francis. In June of the 2017 Staramba shows the work of the previous 3 years, during which it collected the biggest database in the world of 3D avatars, we are talking about more then 7000 famous characters. In September of the same year the company launched the beta version of Staramba.space, a virtual world all to discover. This year, exactly in May, after the opening of the “White list” (the list of the Staramba’s characters), the virtual universe opens the doors, exactly the 20th of June of 2018. 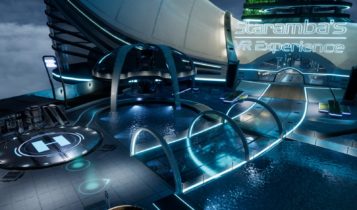 “Partecipate in the genesis of a new world without boundaries”. The concept is this one. Staramba started with a database of 7000 celebrities, with which is possible to interact, with which engage sing or dance’s lessons, watch a concert, etc. With a database already of 7000 avatars, Staramba opens the doors at all and from the 20th of June it is possible to sign up to the white list and enter into the future. Inside Staramba the possibilities are infinite. We will enter inside a new world without boudaries, with a story to write since the beginning. A white book to fill up. It will be us to write the history of the Staramba’s world, a history that doesn’t have to match with the real world. Inside the new virtual world we could be ourselves, thanks to an hyper realistic avatar, but so much more. We could connect ourselves, met and follow friends, celebrities and unknowns. We could express our creativity, sell, buy, realize, show to the others our ideas, even earn creating an utopian world, starting from the draft created by Staramba and complete it with the other users. The possibilities are infinite.

The genesis of a new world 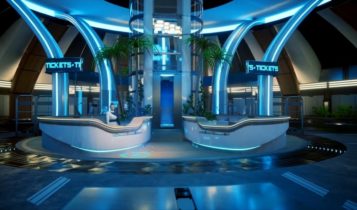 The 20th of June starts the pre-sale of the one that aspire to be the first virtual world. The initial idea, though, is the one to start with something relatively easy. The Staramba’s world opens the doors with inside it stadiums, stages, gyms, etc, where to met our idols. The idea is the one to allow the fans to met their favorite celebrities and to the celebrities to reach the fans, letting them know their work closer. After that the Staramba’s destiny is in our hands, it will be us to write the history of the world that it will become, the future that we would like to have in the reality with the infinite potentialities of the digital. Obviusly, all of this will be possible thanks to a VR viewer, like Oculus Rift DK2.

Is there life in the space?

Virtual, augmented and mixed reality: the different field of application