By Luca Carbonaro On 5 May, 2018
Apple - realtà virtuale
Condividi

The virtual reality’s world is been nowadays considered by numerous companies and even Apple, in order to extend its dominance in the technological sector, should be intereseted to headlong jump into it. The CEO Tim Cook, infact, many times said to be interested on the VR’s develops, like showed in the last iPhone X, but the current plan would be the one to create a branding viewer that converges the first technology with the augmented reality. In our article, so, we decided to collect all the rumors spreaded in the last few days about it.

The perfect place for the official presentation could be the WWDC 2018, yearly conference dedicated to the developers and planned from the 4th to the 8th of June. The event is now becoming global because Apple tends to present new projects, hardwares and softwares, designed to the consumer marketplace. Between the many indiscretions it emerged that the viewer is already at a good point about the planning and that it is called with the code name T288. This should be based on homemade chips and it would work with an operating system called “rOS”, thought specially to reproduce 3D contents, probably without any iPhone placed inside (like on the Samsung’s Gear VR) and with the infrared light’s support, used to track the eyes movement on the screen. The real viewer’s characteristic, though, would be represented by the integration of a 8K screen for both the eyes, which means the double of a vertical and horizontal resolution of a 4K UHD panel, donating so to the users a stratospheric immersive without previous. The patent went around the web suggests even the presence of cameras able to recognise the surrounding environment and it would work by connecting to a dedicated box in wireless (WiGig 60 GHz), deleting annoying cables or the need to place a smartphone inside it. Another clue that Apple wants to focus on the virtual and augmented reality is represented by the purchasing of Vrvana, canadian startup, famous for a particular viewer called Totem, always positively reviewed by who had the possibility to tryed it but until now never really commercialised. 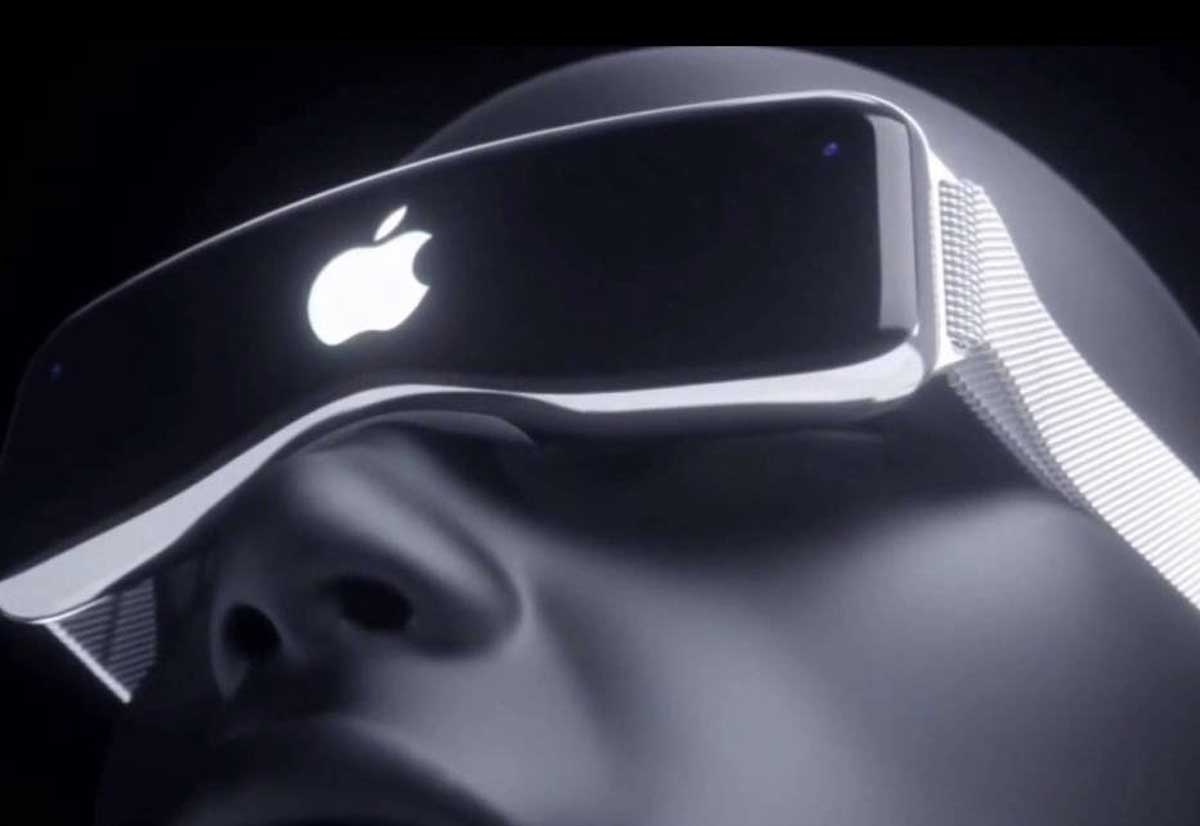 The revolutionary future according to Apple

On the sides of the viewer’s glasses will be placed a technology known like “foveated rendering”, which purpose is to augment the details of a shot on which the user is focused, blurring the other areas to reduce the hardware’s job and augment the quality. It is a solution that in the 2016 the engineer’s manager of Oculus, Michael Abrash, prophesied like crucial for the next five years to expand the virtual usage towards the consumers. We know how much Apple is determined to make available on the marketplace disruptive technologies oriented towards the multimedia’s future and, so, the viewer could represent the natural continuation of the innovative strategies, started up to ten years ago by the late Steve Jobs. The last versions of the operating system iOS can rely on a dedicated technical infrastructure, ARKit, and, infact, on the App Store there are now hundreds apps that use the “augmented reality” to every purpose, from the games, the domotics to the social networking. Going to let the VR converges with the AR, there will open interesting scenarios in the applications’ field, from the information to the entertainment until gets even to the difficult world of the disability. The mysterious viewer, that many already called Apple View and Apple Glass, will land on the marketplace not before the 2020.
Is the Cupertino‘s multinational preparing ourselves to a future like Ready Player One? It only remains to anxious wait to discover it.