It isn’t the first time that we hear promises about a global connection. An alternative to cables and antennas. A way to connect the whole world, including the most rural areas and the third world. Mark Zuckerberg tried to do it with the drones, Alphabet with the weather ballons and the Elon Musk’s space agency, SpaceX, with a web of satellites that finally received the green light. 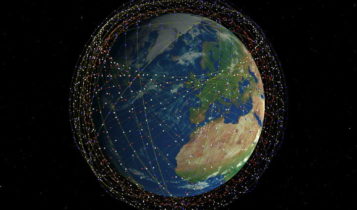 Starlink is the massive project of SpaceX which counts 12000 satellites. Starlink will allow to have at least one satellite for internet in every corner of the planet, giving a continuos and constant connection.

The FCC (Federal Communications Commission) already allowed SpaceX to launch 4425 satellites in March. Now the space agency of Elon Musk received the green light for the remaining 7518 satellites which will create the Starlink’s constellation.

A 10 billions of dollars project that promises to be operative already in the 2020.

The SpaceX’s satellites, which will create the constellation of Starlink, will work at relatively low altitudes, this to reduce the lack of signal.

The first 7518 satellites that recently received the green light will go to take place between the 335 and the 346 kilometers of altitude, while the previous 4425 will be a bit higher.

SpaceX said that will launch the first satellites already in the 2019 (about 1600), but it will need to be fast, because between the terms of the FCC there is the obligation to launch half of the satellites until the 2024.

This ultimatum is been fixed to ensure that the mega structure will really work and that it won’t be left under way, becoming space debris. Terms or not SpaceX provides to complete the project already until the half of the years ’20.

Even though the massive structure of Starlink is the biggest between the ones recently approved by the FCC, it isn’t the only one.

Together with the 12000 satellites of SpaceX, there will be others launched in orbit, all of them with the same purpose to guarantee an internet coverage from the space: 117 by telesat, 78 by LeoSat and 140 by Kepler Communications.

The function of Starlink 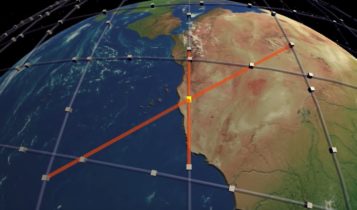 With Starlink, Elon Musk and all SpaceX, hopes to give a global and constant internet coverage. A revolution for the whole world, for an ever more complete and uniform globalisation.

Everyone in the world, even who lives in the most rural areas of the planet, where the most traditional systems of connection aren’t able to arrive, could access to the virtual world.

SpaceX with its 12000 satellites promises a constantely active connection in every corner of the planet at 1Gbps.

But the Musk’s dreams are always much more bigger and especially much more far away from the low terrestrial orbit. Starlink, infact, will give an internet connection to the whole planet, but the project is much more than this.

In the future it wants to give a wireless internet connection even in the space and on Mars, probably on the long awaited space colony.

The problem of the space debris 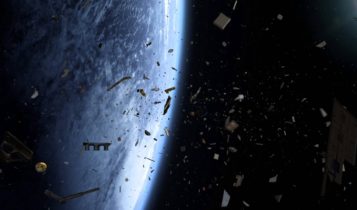 The satellites will be really small: just 10 centimeters of lenght and 1 kilo of weight. The reduced sizes doesn’t change the fact that 12000 satellites are always 12000 satellites, and we know how dangerous the space debris can be.

It is for this reason that the FCC waited for a long time before to give the permissions. They had to do many inspections and make precise arrangements to avoid that Starlink become a danger for the space traffic.

“Even a centimeter-wide object can wreak devastating damages to satellites”, said the FCC’s chairman. Some orbits became already to crowd, we need to be carefull to every single object launched.

Like always we can just wait and see how will be the future, what will mean to have a completely and constantly connected world? A dream that many promise for a while to realize, will this time be the one?

Satellites and artificial intelligence against the plastic in the oceans