The HMD Global, the company that bought and relaunched the brand Nokia, already announced the arrival of three new smartphone Nokias some months ago. By the way, the official presentation was supposed to happen the 24 of february, in Barcellona, in occasion of the Mobile World Congress 2020. The event was postponed because of the Coronavirus and so even the HMD Global had to review its plans. At the end of all, the 19 March, three new smartphones Nokia were presented in direct streaming on Youtube.

The announcements of the direct

How one thought since the beginning one of the new three smartphones Nokia presented is equipped with the technology 5G. Together with the three phones was presented even an “old style” model, that is once again the strong point of the company. The success of Nokia, infact, arrives, even in the last years, right from the memory that it gives to all of us, with some of the mobile phones that made the history and that remained in the heart of all. The vintage model is called 5310 Xpress Music. It’s equipped with a MP3 reader, radio FM and speakers. Besides the restrictions it might be available already for may, in the colours White/Red and Black/Red for a price of about 50 euros.

Besides the telephones, during the direct streaming on Youtube, HMD Global did further announcements. It presented even Hmd connect, a global service data roaming. It works with a Sim card and it connects the user with 120 countries.

Finally, the last announcement of the CEO of the company, Florian Seiche, was about the entrance in the brasilian marketplace until the end of this year.

Between the three smartphones presented the most performing is the Nokia 8.3, the one that has even the 5G, obviusly. The top of the line of the presentation and even of the company, at the moment, is the only model of the HMD Global with the 5G, which works in the whole world, the CEO said during the presentation.

The display is a PureDisplay of 6,81 inches, FHD+ and it has a processor octa core Qualcomm, Snapdragon 765G. The photographic section is important and interesting, with four back  cameras Zeiss, of which one ultra quadrangolar, with sensors of 64 megapixel, 12 megapixel (quadrangolar), 2 megapixel (macro), and again 2 megapixel for the depht.

Besides the Nokia 8.3 5G, top of the line of the company, other two smartphones were presented, one of medium low range and an entry level. 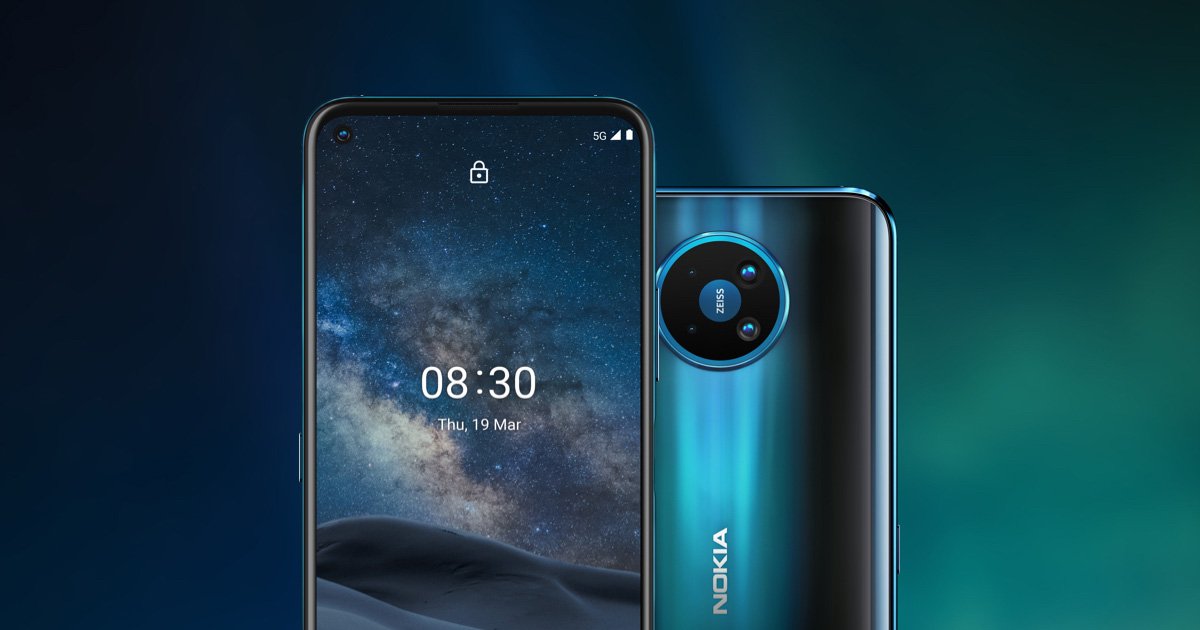 The Nokia 5.3 takes place in the medium low range, with a screen of 6,55 inces, four cameras and processor Qualcomm Snapdragon 665. It might be available for may, in the colours Cyan, Sand and Charcoal, for a little bit more than 200 euros.

Finally, the Nokia 1.3, is arriving for the month of may too, in the same colours Cyan, Sand and Characoal but for a competitive price of about 100 euros. The low range smartphone is equipped with a processor Qualcomm snapdragon 215 and a screen of 5,71 inches.

The planet Earth has a new Moon

Reno4, the smartwatch and the other news by Oppo

Veronica Perotto 17 May, 2021 0
On Mars there is another citizen, it's the chinese rover Zhurong, of the mission Tianwen-1, and it's the first one…

Death of a star recorded for the first time, what happens when stars…

Ingenuity: the first flight on another planet

4G on the Moon

The world’s oldest dinosaur feather (and its alluring mystery)

Glaciers: the catastrophe saw from the satellite

Chernobyl 35 years later: the awakening of the reactor 4

Deficit of the brain cells