The finnish Neste produced Diesel CARE, a diesel technology fully renewable, and the german Bosch totally supported it, trying the fuel on their own company cars.

The problem which is now ever present of the pollution and of the consequent global warming tight the world in an ever tighter vice. Every effort is due to reduce the problem and to guarantee a future to the world and the humanity.

In the problem we find at the first place the fuels and the usage of the petroleum resources which we are quickly running out of.

The emissions produced by the fossil fuel are between the mainly causes of the pollution, especially the ones of the diesel fuel, that is been now banned by many countries, and many others are ready to follow them.

Everyone try to do something to contribute to the environmental protection on which we live. Many find their own solution to the problem. 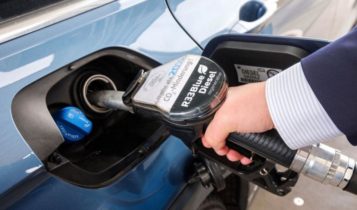 The Neste is a finnish petroleum company, which produces biofuels. According to the company Diesel C.A.R.E. reduces the emissions of CO2 of the 65% in the cycle Wheel to wheel (which means from the oil well until them usage in the vehicle).

The new eco diesel is a paraffinic fuel. This means that it is lightly thinner compared with the normal fuels, but even lightly more flammable. For this reason before to put it in commerce the car producers have to verify the compatibility.

We find, therefore, another company involved in the project: the german ToolFuel, which its duty is to distribute it in Germany. By the way the distribution is until now reduced at the only Bosch company cars.

The test in Bosch

The company Bosch positively approved the idea of this new diesel fuel and decided to test it in primis. Since the beginning of November the company cars of the german company’s managers use exclusively the diesel C.A.R.E.

Bosch wants to demonstrate how it will be possible to use this new fuel on large-scale, making it available in the normal german stations and then in the rest of Europe. Meanwhile though no one unless the Bosch employees can use it.

The Germany didn’t include yet the diesel C.A.R.E. in the law for the prevention of the atmospheric pollution, but both Neste and Bosch are hopeful.

“The renewable and synthetic fuels can contribute to restrict the global warming. Their efforts have a quicker ecological impact compared with the replacement of the vehicles and the infrastructures, because it allows to use the existent petrol stations”, this is the thought that the company Bosch says to us, through the words of its CEO, Volkmar Denner.

The future of the Diesel C.A.R.E. 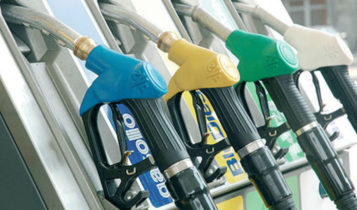 Like we said the diesel C.A.R.E. fuel before to enter into the marketplace have to do some compatibility tests with the cars. A draft legislation already exists, the EN 15940.

The law establishes the standards and the test methods for the commercialisation and the distribution of the paraffinic fuel designed to the diesel engine. Following the lines imposed by the law the car producers have to approve the vehicles for the fuels with those elements.

Any way the law wasn’t adopted by all the members of the European Union. Furthermore the current production of diesel C.A.R.E. isn’t enough for the large-scale distribution in Europe.

Even though those obstacles the producers are hopeful to distribute soon in Germany, and in the whole Europe, the new diesel. When the diesel C.A.R.E. will land in the normal stations, it will be sided to the normal fuels and everyone will be able to buy it at a lightly higher cost compared with the normal fuels.

The case Huawei: the arrest of Meng Wanzhou