When we talk about Anonymous we don’t talk about a single persone or a single group. Anonymous is indentified in every user or in every community that anonymously act to follow a purpose. Both if they act in a coordinate way or individually they undertakes protests, by supporting the subculture of internet. 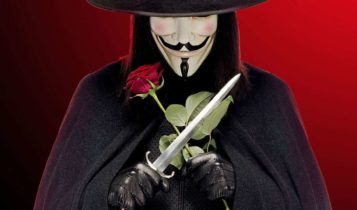 The movement was born in the 2003, with the purpose to publish contents and images anonymously on the web. As the years went by the attacks moved between the policy, the corporations, the terrorism, all over the world.

Anonymous is often identified with the Guy Fawkes‘ mask, became famous with the comic books and the movie “V for Vendetta”. Even though often Anonymous is been wrongly identified like a hacker it really is a global movement, where everyone can say his own opinion and give his own support to reveal the world’s truths.

Who signs himself with the Anonymous’ appellation in Italy is trying to reveal the hidden secrets of the policy, the big companies, etc. Anonymous Italy strongly sided against the actual government, the institutions and the government agencies.

The last week is been a really important week for Anonymous, rich of meaning and attacks. The Black Week, started the 31th of October with the first attacks to the Universities and ended the 5th of November, a really important symbolic date for the movement.

Why the 5th of November? 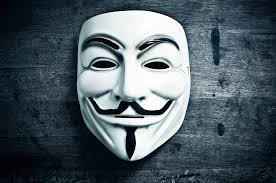 The 5th of November is celebreted the anniversary of the Gunpowder Plot of the 1605, to which the same Guy Fawkes, from who the movement draws inspiration, took part. Guy Fawkes was an english catholic conspirator who tried to kill the king and all the members of the british parliament.

The mask, which represents his face, became famous with “V for Vendetta” and then it became the symbol of the power struggle taken forward by Anonymous.

The attacks of the 31th of October

The last 31th of October, like announced by the hacktivists’ group, started the Black Week of Anonymous. The first attacks had as target the italian universities. The hackers’ group always claimed to really care of the education and this is the reason that pushed them to start the Black Week since there.

“We decided to attack the universities because the study and the culture are things on which we really care and they should be available to everyone. The universities are the places where the future of our country is written, and it is there that we want to be focused. We are trying to involve as many young and universities’ students as possible in the fights that Anonymous is bringing forward for years”.

The attacks to the policy’s institutions

The 3th of November was the time of the Towns, Provinces and Regions. A serie of government web sites are been attacked and on the official blog of Anonymous Italy is possible to find the complete list. Thousands of email addresses, passwords and sensitive datas were revealed during the black week.

5th of November: the great ending!

It isn’t a case, like we said before, that the Black Week finished in a such important day for the movement, the 5th of November. For the great ending they published datas, names, surnames, emails, addresses, telephone numbers and passwords of the employees of the Cnr, the Economic Development Ministry, of Equitalia, of the Economy Ministry, of the State’s Archive and of the members of the Lega, of Fratelli d’Italia and of the Pd.

All of it to condemn and to remark the discontent toward the actual italian government. “Do you remember that small amount of money stolen by the Lega? A part of that miserable 49 millions of euros, that it is said that are given back with a lower rate inside the loan of a person who is buying home, maybe they were useful for the Universities, like many other funds spreaded all around Italy without a specific purpose, pocketed by the thieves seated on their chairs”.

France and China together to study the climate change