10 years of success for the App Store

The 10th of July of the 2008, an year after the launch of the first Iphone, Apple released for the first time the App Store, the virtual shop where download applications, games and contents for the device iOS, opening the doors to external developers, radically changing the way to dispense the applications. 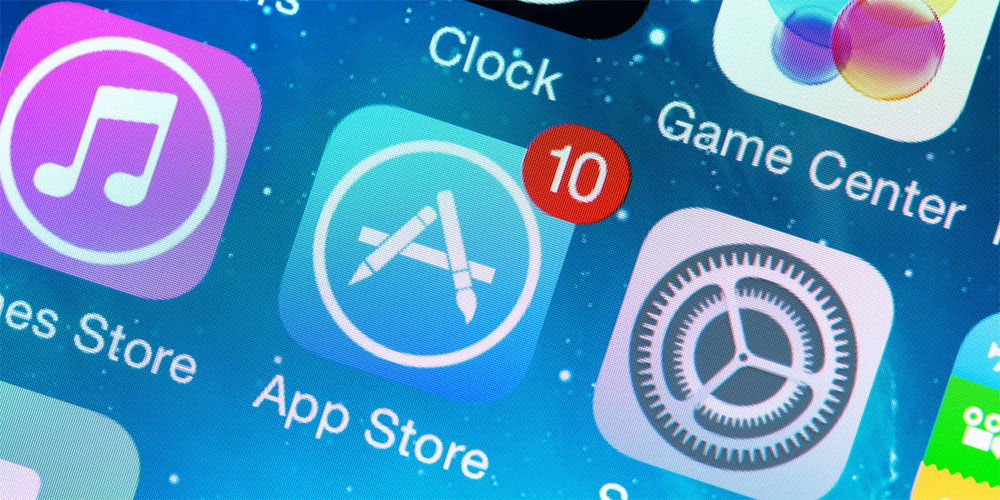 At the moment of the App Store’s release they didn’t know yet if it would have success or not, today we know that this and all the other stores that followed it revolutionized the world of the mobile phones, creating unique devices suitable to the needs of everyone. The App Store came out with only 500 applications, all of them from third parties, installable on iPhone and iPod. Between them there where games, utilities, entertainment apps and many apps focused on the education, of which only the 25% were free. After only a week the App Store counted 10 millions of downloaded apps, after six months 500 millions and, the 23th of April of the 2009, only nine months after its release, the Apple’s Store reached the threshold of the billion. After ten years from the launch, now the App Store counts up to 200 millions of available apps, in 155 countries, with around 170 billions of downloads made, which brought to a turnover of up to 130 billions of dollars.

The first year of life 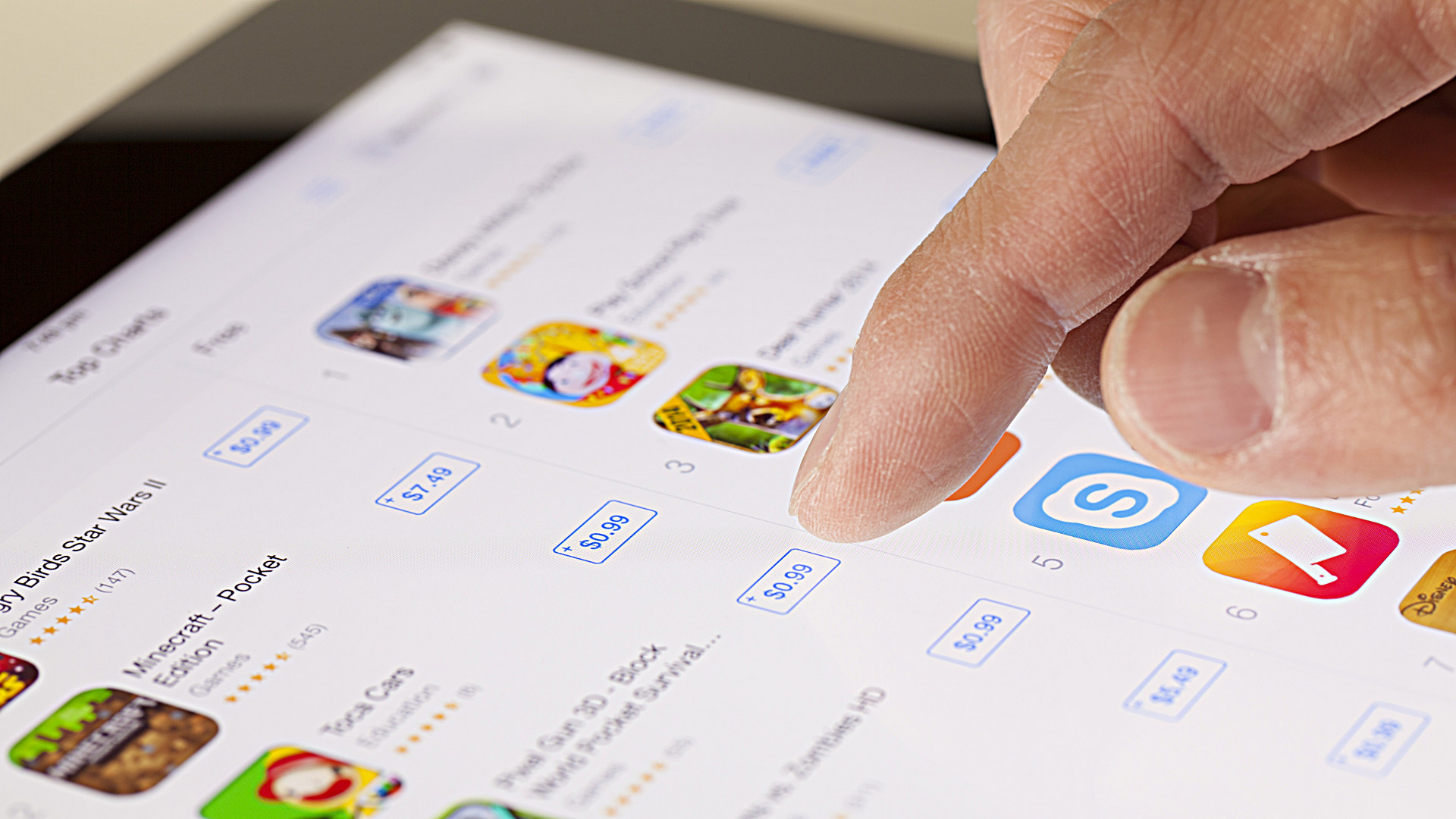 Apple released the leagues of the most downloaded apps in the first year of life of the App Store and it seems incredible that we don’t recognize almost none of them. Except for some inevitable apps which as the time goes by entered in the popular culture, like Facebook or Shazam, which, though, are only at the second and fourth position between the free most downloaded contents of that year. At the first place, instead, we find Pandora Radio, app for the musical streaming, predecessor of Spotify. At the third and fifth position, finally, we find two games, Tap Tap Revenge and Labyrinth Lite Edition. Between the paid five apps most downloaded in the first year, instead, we don’t find none that still exists today: Koi Pond, Texas Hold’em, Moto Chaser, Crash Bandicoot: Nitro Kard 3d and Super Monkey Ball.

The most downloaded apps ever 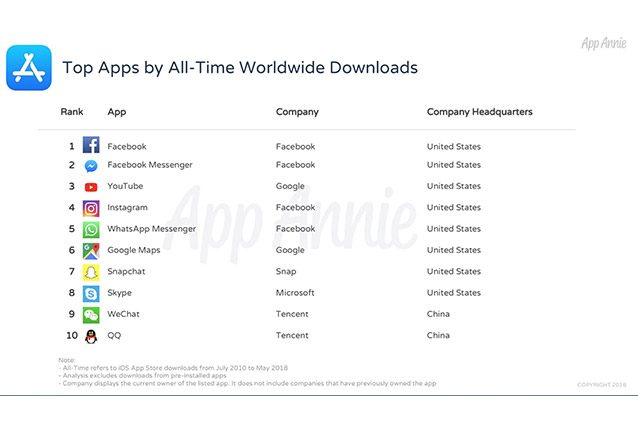 Like we said the first year of life of the App Store saw many games and applications downloaded, arriving to pass the billion before to have the first birthday, and from there the success was exponential. We saw which were the apps protagonists of its first year, now let’s have a look to the most downloaded apps ever. All of us know who is nowadays the undisputed leader of the social entertainment and how them entered in the ordinary of everyone. Mark Zuckerberg takes place not only at the first position, but even at the second, fourth and fifth one, overthrown only by Youtube which takes place at the third place. At the first position, needless to say, we find Facebook, while to follow, at the second place, there is Facebook Messenger. At the fourth and fifth positions, instead, there are Instagram and Whatsapp, again owned by Zuckerberg. At the sixth place we find Google Maps, at the seventh Snapchat and at the eighth Skype. The ninth and tenth position, finally, are been reached by WeChat and QQ, both of them chinese applications.

The way for the richness 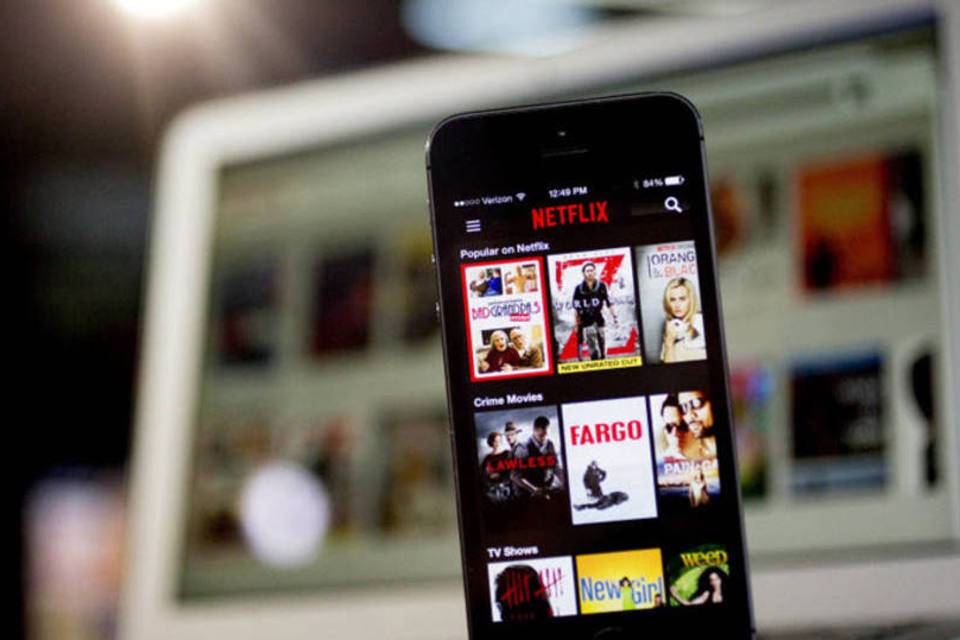 If, instead, we would like to speak about money, the most profitable application in the history of the App Store is Netflix, which earned almost 1 billion of dollars only with its app in the Apple’s Store. After that, between the most profitabe apps we find  Spotify, Pandora Radio, Tencent Video and Tinder. Like we already said before the entrance of the Apple’s App Store, as well as the other Stores, had not only changed the way to live the devices, but even the way to earn. The company that earned more from the Apple’s Store is the chinese Tencent, followed by InterActiveCorp, producer of many brands, between which Tinder and Meetic, Line and only at the fourth place by Netflix, that, unlike the other ones it is between the most profitable companies even if it counts only one app.

Today, after ten years form the introduction of the App Store, we won’t be able to think how would be without it. Open the telephone and don’t find out Whatsapp, Facebook, Youtube, games, utilities and applications for every kind of activity. And now, instead, we can open the telephone and create inside it our personal world, with the apps more suitable to our needs. Happy Birthday App Store.

Wikipedia obscured? Here we explain you why

The empathic technology recognize the feelings