After reached and passed the billion of users the platform Instagram decided to launch an ever more ambitious challenge. Specifically we are talking about Instagram TV, just called IGTV, which, according to the developers, will be able to  compete even with the video’s giant YouTube.
Anyway it is sure that the news made by this TV are really interesting. Let’s discover them together.

How to use it

The functioning’s dynamics are probably the most interesting aspect of this IGTV. The first thing that straight away we see (and that it’s been told since the first usage) is the possibility to realize videos just in vertical format. This kind of choose is been made because the system is more suitable with the smartphone’s view.
Otherwise the system is really similar to every video platform. The users have the possibility to post videos (and we will see after the specifics about it) and it is possible to see them, comment them, share them and even suggest them to other persons through private message. 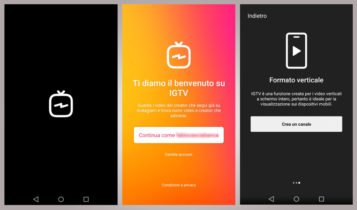 So for now it seems nothing excessively new even if we are sure that the integration of this service with a so popular social network like Instagram will have without any doubt its impact.
About the practical functioning the users have the possibility, like with YouTube, to create channels where upload many videos. Our own contacts will be able to interact with the contents by clicking the button “Followed persons” in the research’s options while through the buttons “For you” and “Popular” we will be able to see the videos that at the moment are more popular.

Like we could see this IGTV has some peculiarities really interesting. Between the many news made by this platform though there are even some limits about the videos’ time.
Usually, infact, a content can have a maximum time of 60 minuts even if this kind of specific isn’t available for all the users. For the ones that we could define “basic users” which means without a big following the videos can go from a minimun of 15 seconds to a maximum of 10 minuts.
We are sure though that in the future the time will be upgraded to 60 minutes for all the users.

About the research, it is as well really easy. Through the classic icon shaped like a magnifying lens it is possible to research the videos according to the specific keywords, so to find more suitable contents. Besides this like we already said Instagram proposes some specific contents through the research’s buttons “For you”, “Popular”, “Following persons” and “Keep watching”.
It is so a kind of smart research that has the purpose to entertain the user with contents that he likes.

Arrived to this point it is fair to ask which are the differences between IGTV and YouTube. In general we understood that Instagram like Facebook and other platforms has finally understood the importance of video contents and it decided to focus on them.
The differences with YouTube are though important. Besides the thing about the vertical format videos infact we have to say that the videos on Instagram TV are reproduced constantly. 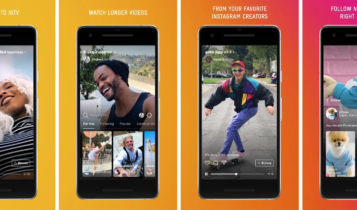 Furthermore even the timing are quicker. This happen both because of the reduced time and because there aren’t spots advertises (unlike of YouTube) which really slow down the videos.
Anyway in general we can say that YouTube seems to be the ideal platform for the playing of video even old, a kind of library, while IGTV is getting ever closer to the mechanics of the modern socials that have as essential characteristic the videos (es. Snapchat and Periscope).

Socials down on March 13th and the users reactions