If you are between those that suffer of stress and anger when the smartphone’s battery is ending, especially in the moments where it could be more useful, is finally arrived the perfect app for you. It is Die With Me, an innovative app which works only when the battery of our own device is equal or less then the 5%.

Die With Me: here you have the app that works with the telephone’s battery low

From WhatsApp to Skype, passing by WeChat and Telegram, the world has a lot of choises about messengers’ apps that keep in touch friends and unknowns to the web. Nowadays, the marketplace is so crowdly that for a competitor is really difficult to put himself out there, unless that he doesn’t take out a really innovative idea. 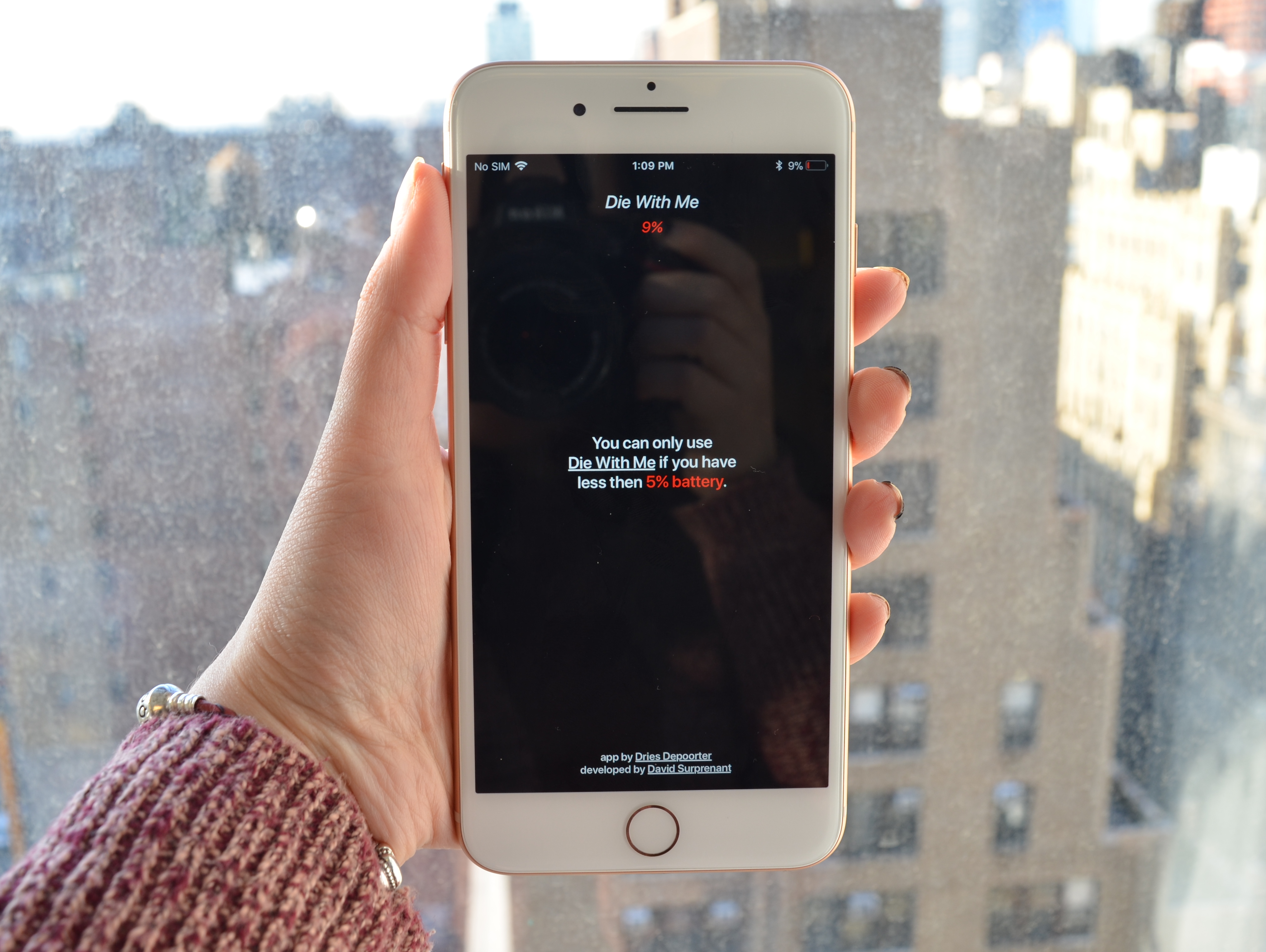 Die With Me allows the users that are in this conditions to access to a particular chatroom online and to speak while they are waiting that their own devices switched off or, like poetically said the developers: “die together, in a chatroom on the way towards the offline peace“. The aesthetic of Die With Me is a bit old stile. The chatroom isn’t linked with any social and there isn’t any picture. To enter, like in the classic ’90s chatrooms, we just have to digit our own username. The only information in evidence is the percentage of the users’ battery, showed next to the name, that inexorably decreases until the black out. For many aspects it seems Chatroulette, a website that was in vogue in the past years and that let the people from all over the world met. Besides the possiblity to send texting messangers, Die With Me doesn’t give other functions. It isn’t possible to send pictures, videos or doing videocalls. Dries Depoorter, app co-developer, said during an interview to the Digital Trends microphones: “I have to travel a lot to speak about my job to every kind of conference. One day I was in a city that I didn’t know and, while I was coming back to my hotel’s room, the telephone’s battery was slowly ending up. I was really stressed about this situation, even because it was night, and it’s been in this exactly moment that I had the idea to create Die With Me. Now we have people happy to have the battery low and that they can still speak with the others”.  Here you have a short video that shows the functioning:

The app is been presented the last year at the Documentary Film Festival of Amsterdam, exciting welcomed by the audience. Depoorter and his partner David Surprenant, though, had to wait a lot of time to make the app available on the Apple Store and on the Google Play. 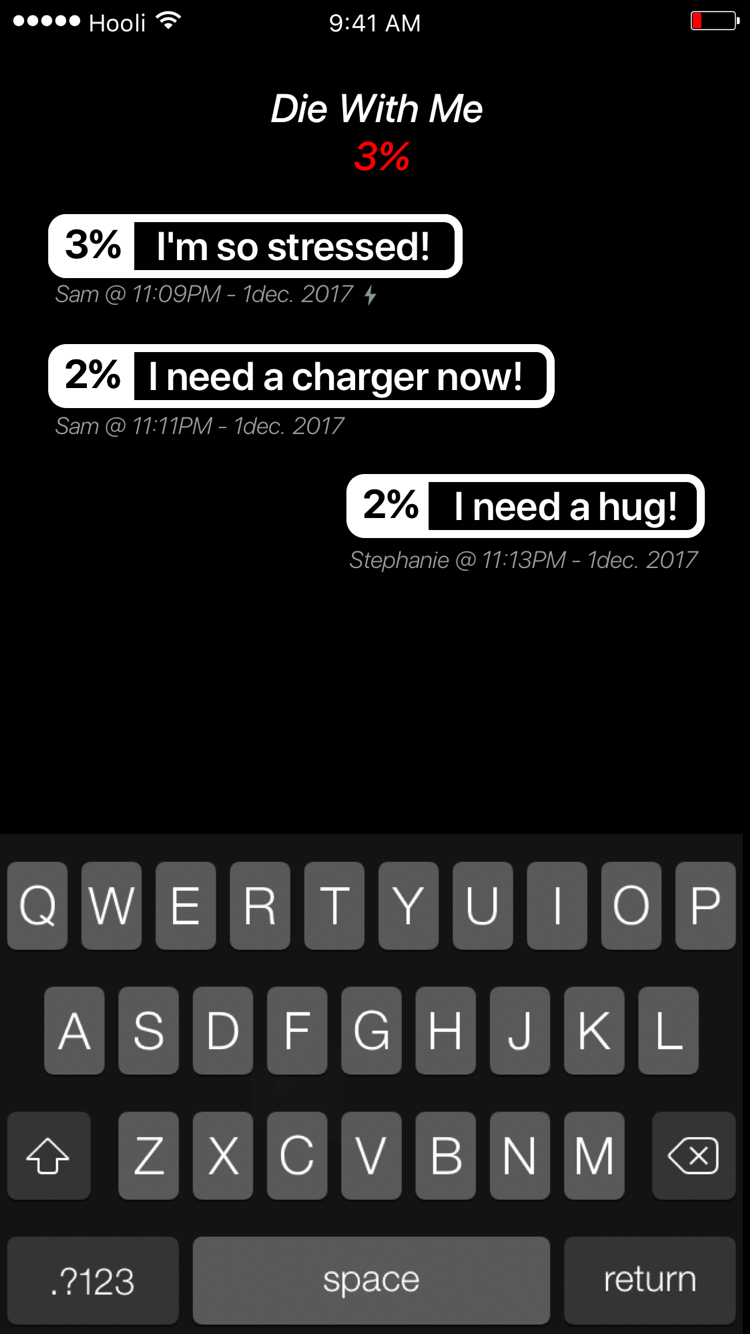 Even though a difficult initial period, Die With Me is now between the 15 apps more downloaded in the world and it reaches more than half million of messagges with an average of 8 people connected in one chatroom at the same moment. The application is available at the price of 0,99 euros. The developers even said that they would like to write a book where to put the messagges of this app. Like Depoorter and Surprenant rightly said, Die With Me isn’t only a game or a social platform. According to them, it is a real artistic project. Infact, there is something heartbreaking and romantic about this idea to speak with unknowns in the last moments of life of the device that let us keep in touch with the world. The chat become a rapid and madman exchange, and this urgence changes even the speech and the way of the users to exprime themselves. Then, one by one, the partecipants disappear, leaving them place to other precarious voices. The thing that remains, so, are just the messagges.

App Recipes: when you have no ideas for dinner

Did you lose the car’s keys? There is the smartphone

The news of Apple iOS 14